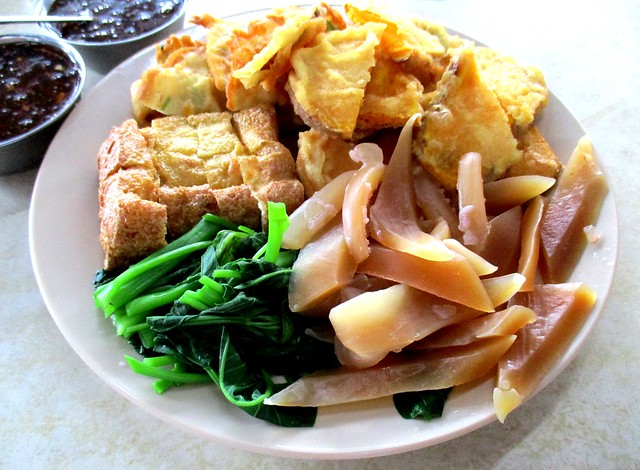 …but soon after that, he disappeared. I heard that he had decided to call it quits and more recently, a young guy took over the stall. His father runs the same business at the hawker centre on the 1st floor of the Sibu Central Market and as they were doing some renovations there at the time, the old guy was there that day to give his son a helping hand. He told me that the previous one stopped because of health problems – there was something wrong with his eyes.

I gave this new one a try and I would say it was good but the dip was somewhat lacking in the coveted sweet and sour taste, probably in need of a bit more calamansi lime and sugar. In other words, it wasn’t as nice.

Well, the other day, our discussion on Facebook drifted to this aforementioned sotong kangkong guy and nobody seemed to know where he had gone too – most just assumed that he wasn’t doing it anymore until one of them said that he had his stall in the Permai area now – his son who stayed opposite his house told him, he said.

I’ve been to the shops around the market many times and I did not see him so I just guessed he was not around that part of the housing estate. I searched high and low at the (newer) shops in another area and also the stalls around the Lake Gardens but to no avail. There is another area, also newer where there are a food court and some Malay eateries, and no, he wasn’t there either. 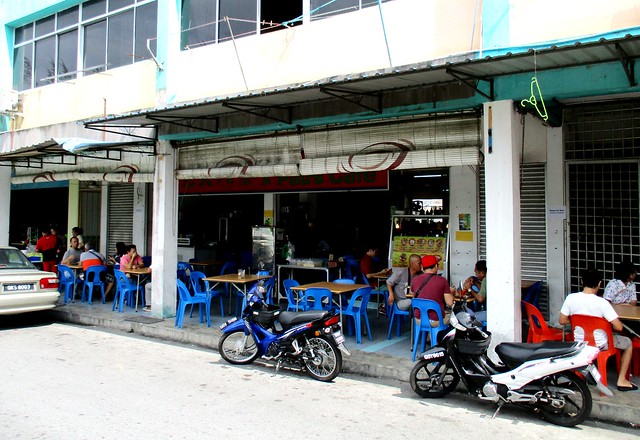 …to buy some roast chicken and char siew to take home for lunch. While the tall and handsome guy was doing the chopping and slicing, I went to the washroom at the back and when I was done, I came back to the stall. Only then did I notice this one… 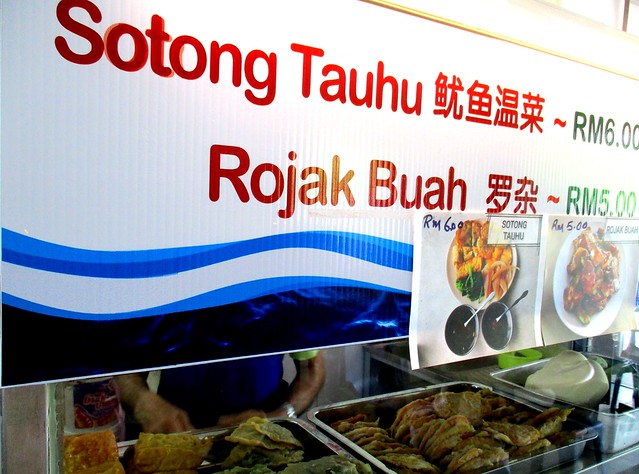 …located right behind it, somewhat hidden if you are outside looking in. 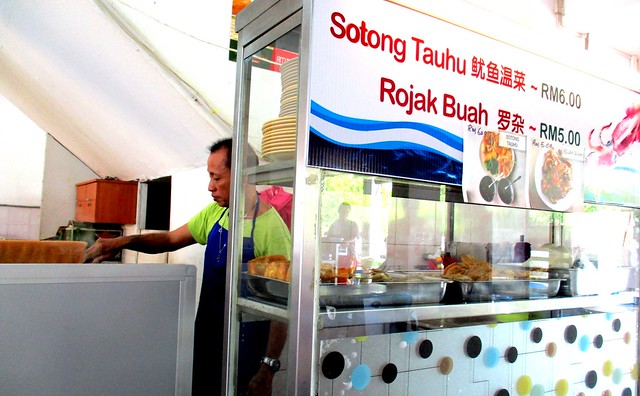 …I had been searching for for so long. Gee!!! I could have missed seeing him there!

Of course, I HAD to buy some home and of course, we had it with the dip served separately… 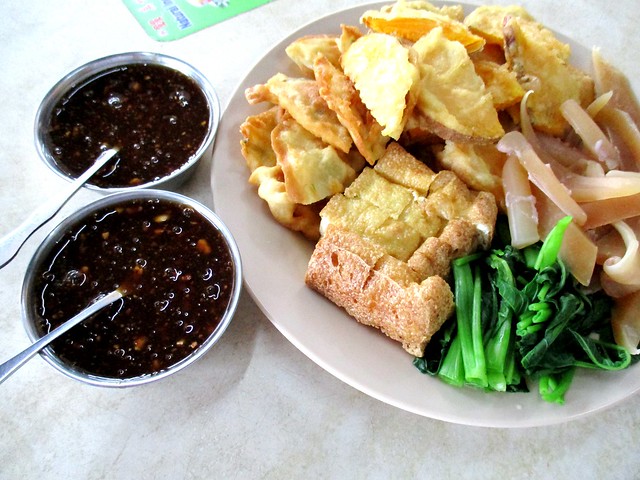 …the way we had enjoyed it since young, unlike how they do it in Kuching – they would pour the sauce over everything in a plate. My girl prefers it that way and that is why she likes the sotong kangkong here more but the one there would only have the sotong and the kangkong and the tofu cakes, no sweet potato and vegetable fritters.

While I was waiting for the guy to get my order ready, a lady stopped by – obviously she knew him from where he was before and she had been searching high and low for him too. From their conversation, I gathered that the guy operates his stall daily till around 2 or 3 p.m. in the afternoon except on Thursday.

PAU’S CAFE (2.298564, 111.893951) is located among the shops opposite the Pasar Tani Permai to the left of Jalan Permai as you turn in from Jalan Ulu Oya, a little to the right of the Sibu General Hospital.