That day, my missus had something up so I told her not to cook and I could drive her to do what she had to do after which we would go and pick our girl at her school when she was done for the day and we would go for lunch together.

There was this one guy with his lady companion at the next table and he was speaking to her the whole time like he was speaking to everybody in the room but that wasn’t half as bad as the music they were playing plus I did not quite care for the songs on their playlist either.

I did not go and have a good look but it seemed to be from a laptop or something on the counter and we were sitting right beside it. I remember they had a proper sound system – probably that had broken down or something in which case, they might as well not play anything at all. For the prices they are charging, I certainly would expect a more pleasant dining environment.

Anyway, back to our lunch, my girl had the lor mee while the mum had the beef noodles, both of which I had had before and no, I did not think I would want to order those again. Unfortunately, my well-intended advice fell on deaf ears but don’t get me wrong – they do have a lot of nice things on their menu like their kueh chap which we all love, for instance, their mee sua is pretty good, even their nasi lemak isn’t too bad and the list goes on and on and on…just that these two do not fall into that same category.

My missus was able to finish everything, helping herself to a whole lot of their very nice chili dip that they gave in a bottle but my girl could barely manage half of hers. Luckily, she also ordered these teriyaki wings (RM13.80)… 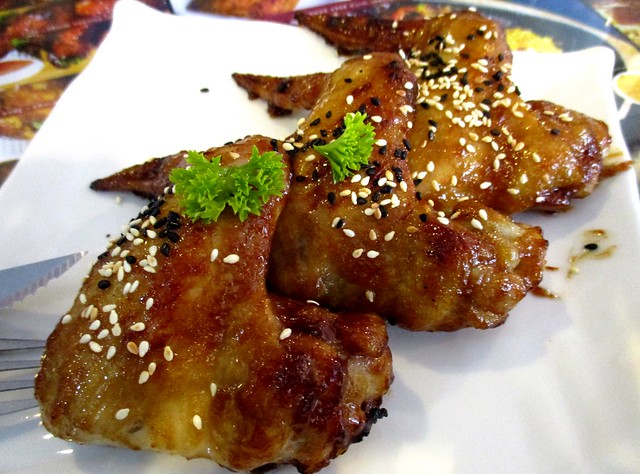 …which she thought were all right but she could only manage two so we had the third one packed for us to take home.

I went for the sizzling nasi biryani with beef rendang (RM15.90)… 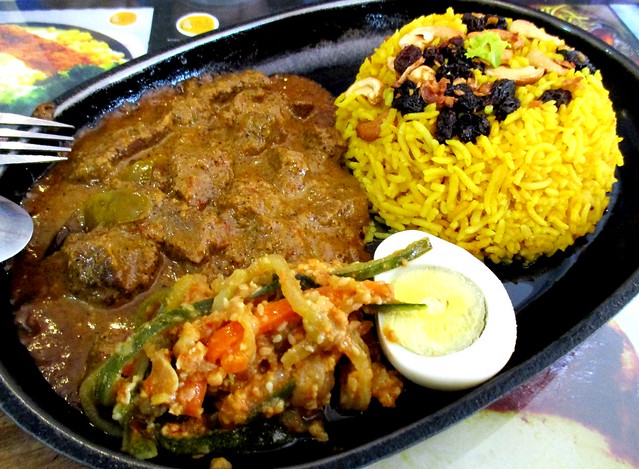 …except that it was not sizzling when it was served but I really enjoyed it…a lot!

The beef rendang was very nice and I loved the fragrance of the daun limau purut (kaffir lime leaves) in it even though when it comes to rendang, one would usually find daun kunyit (turmeric leaves) instead of the aforementioned. The rice was great too just that it was not entirely like the Indian version with all the herbs and spices – I would say it was more like those at the Malay stalls. All things considered, I did think it was good and I sure would not mind ordering that again the next time we drop by here.

While we were there, I saw something under the glass table promoting something that I had not seen here before – their basque burnt cheesecake. This goondu has seen that in friends’ blogs and has always wondered what that is and why anyone would want to eat anything burnt so of course, I ordered a slice (RM8.80)… 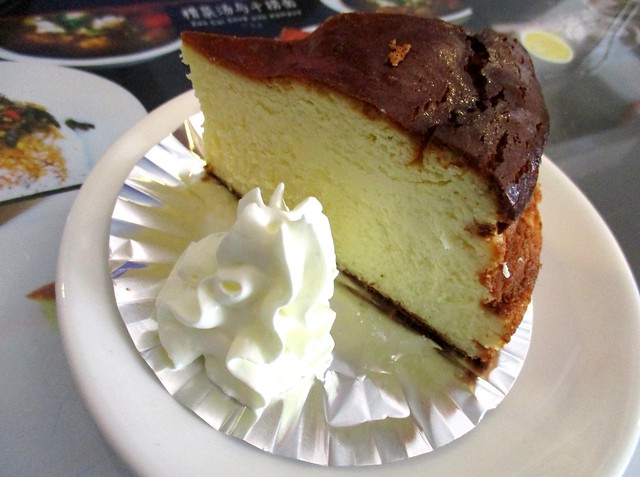 …to try. It turned out to be something like the Japanese baked cotton cheese cake that I do like a lot except that the top was kind of cracked and kind of burnt in a way but that was intentional…and yes, I would say it was nice. Period.

NOODLE HOUSE (2.291406,111.829162) is located somewhere in the area immediately behind the Sibu Central Police Station at No. 2B, Ground Floor, Lorong Laichee 1, accessible either from Hua Kiew Road or Laichee Lane.