I first went to try this guy’s… 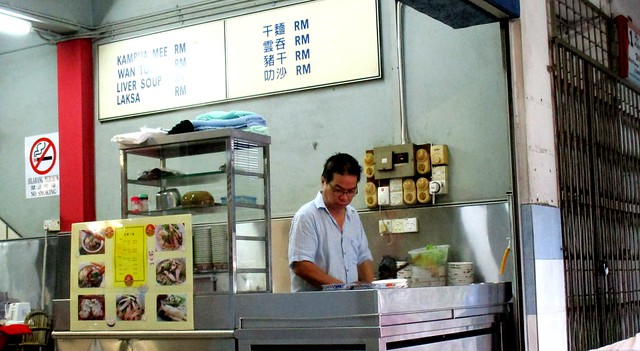 …kampua mee a long time ago when a friend, a food blogger at the time, no longer active now, told me that his was very nice and that it was special, different from the rest as he added garlic to his. Of course I had to go and try and yes, I loved it, the second time around. I think I did buy several packs for friends in West Malaysia before when I went over.

One fine day, this young guy took over and the guy took over the running of the drinks business at that coffee shop until the former left to join his family in their business venture. That was why the old guy came back to run the kampua mee stall the second time. Of course, I had to go back there again to see whether he was still as good but unfortunately, it failed to get me all excited so I never went back again.

After a while, some other people took over the stall and the old guy went back to concentrate on his drink business. I did give these new people a try and yes, I did like what they dished out but much to my surprise, they did not last very long. Perhaps they had moved some place else.

One fine day, a friend of mine, also an ex-blogger, shared a photo on Facebook claiming that his was the best kampua in Sibu. I could not believe my eyes when I saw that the old guy was back at it AGAIN…for the third time! I just ignored it until he shared another photo the other day declaring that same thing so I just had to go back there to see how best his best was. 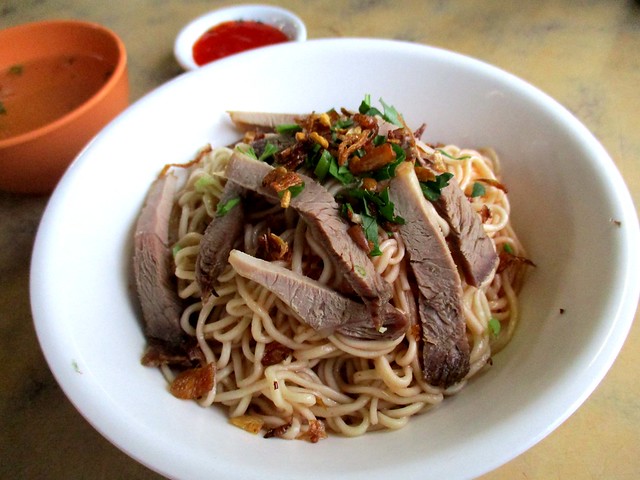 …was all right, not so strong on the garlic taste anymore, probably because of the quality of garlic these days and he added a bit of daun sup (Chinese celery) to the noodles and the soup and I liked that – the added fragrance brought the taste to a whole new level. However, I did not like how he cut the meat into long strips like that. I prefer how they usually do it – in thin broader slices.

All in all, if it is good authentic kampua mee that you are looking for, perhaps you should look elsewhere. Otherwise, this one is good enough for a decent breakfast, that much I would say.

MEI LE CAFE (2.313147, 111.846968) is located along Jalan Gambir, a stone’s throw away from the Delta Mall, straight ahead from the first turning to your left as soon as you turn into that road from Jalan Pedada, now Jalan Dr Wong Soon Kai.