That morning, after my breakfast here, I headed on home and as I was driving past this coffee shop round the corner, my attention was drawn to the fact that there were so many cars parked all round the place and so many people were having their breakfast there even though it was still so very early in the morning.

We did go there once before but we did not think what we had was anything to get us to go back there again but perhaps, they had some new people there now. After all, I heard that the cook from the chu-char place at the back went and opened his own place here and was a hit at the time, dunno now – I have not been there for a long time.

Of course, I had to go there to check it out and see what the attraction was. The kampua mee stall… 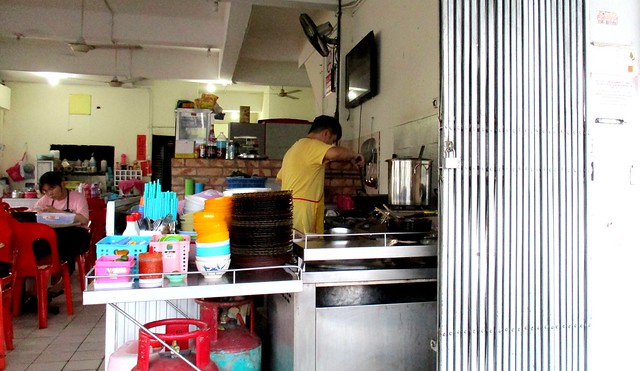 …had shifted to the right side – it used to be in the corner on the left. I can’t seem to find my post on it but I am quite positive that I did go and try once and the fact that I never went back again speaks volumes of the fact that I was not impressed. I don’t know if they are the same people – perhaps the ones there now are new. 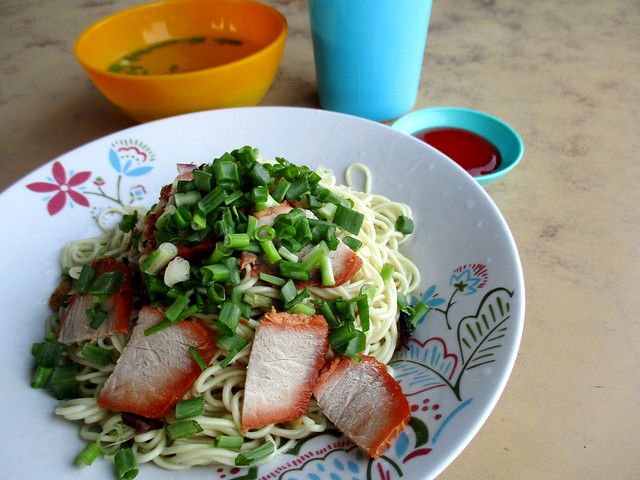 …which, at best, was just all right and I definitely could not see nor taste whatever everybody else saw or tasted in it. Personally, I do think there are others in that area alone, no need to venture anywhere further, that have an edge over this one here. 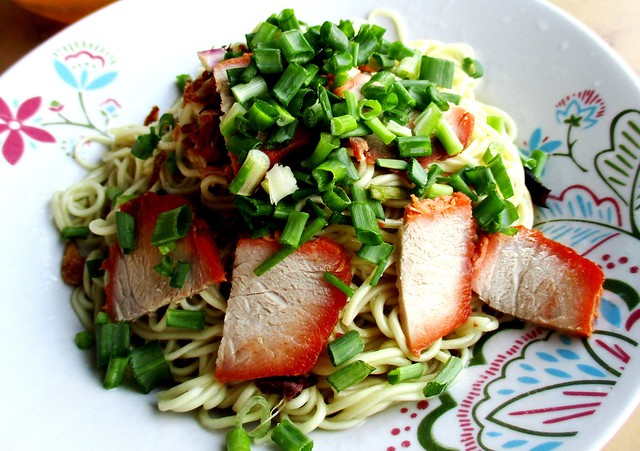 …was that the price of chay chang (spring onions) had dropped drastically. Normally, there would be a sprinkling in the complimentary soup and just a bit over the noodles, if at all. Most people would prefer eyew chang (fried shallots) instead, the more the better – this place here was noted at one time for their generous sprinkling of fried shallots all over their kampua mee but no, they are not so generous now. If you ask them, they will tell you that at the prices they are selling those chang kia (shallots), they jolly well can’t afford to be that generous anymore.

Actually, I also asked for a bowl of their pian sip (meat dumplings) soup to try but the guy said they had not arrived. I guess he meant that they had not delivered the skin yet as usually, these stalls will get the skin from some source and they will wrap their own dumplings themselves. In the end, I decided not to order anything else other than the noodles.