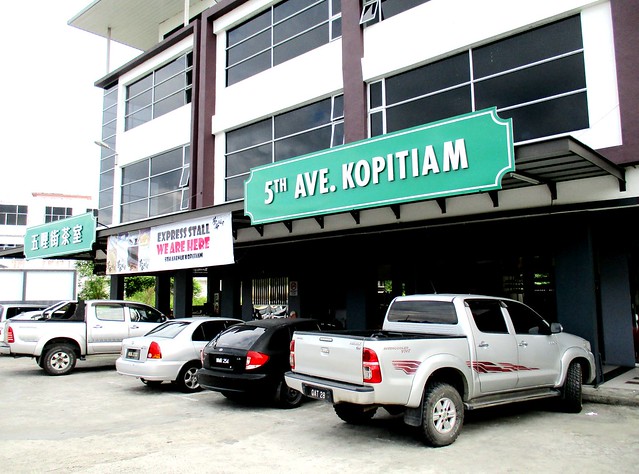 …once before but we did not think what we had from the Malay stalls there was anything to go back for.

Soon after, they closed down the place. I heard that there was a fire there, the work of an unhappy customer or somebody and they stayed closed for a long long time. I actually thought they had given up the idea of running the coffee shop for good until one fine day, as I was driving past, I saw that they were back in business once again.

I walked around the place and saw one Malay stall – the dishes in the photographs at the stall looked good but no, I did not order anything from there. There was also one “Curry Station” selling curry rice and stuff but it was not open. The chu-char (cook & fry) place at the back was but I had decided to order something from the kampua mee stall in front… 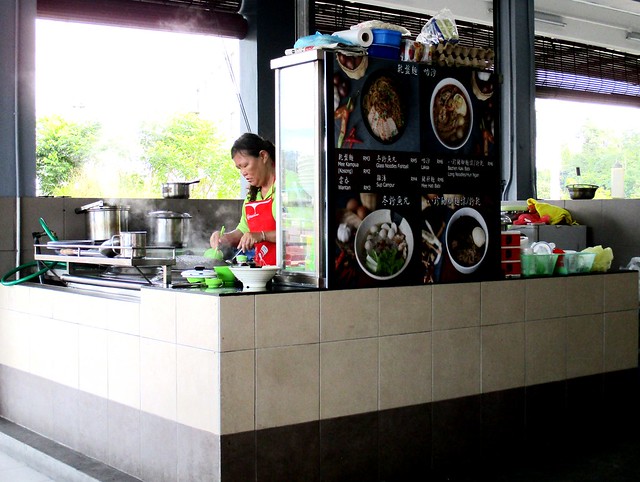 …already, run by a not-all-that-young couple. Another time perhaps!

I had been thinking of going for the Eight Treasures (pek ting eyok) mee sua for a while now but I never got round to doing that and the photograph at the stall was quite alluring so I asked for that. It came soon enough (RM6.00)… 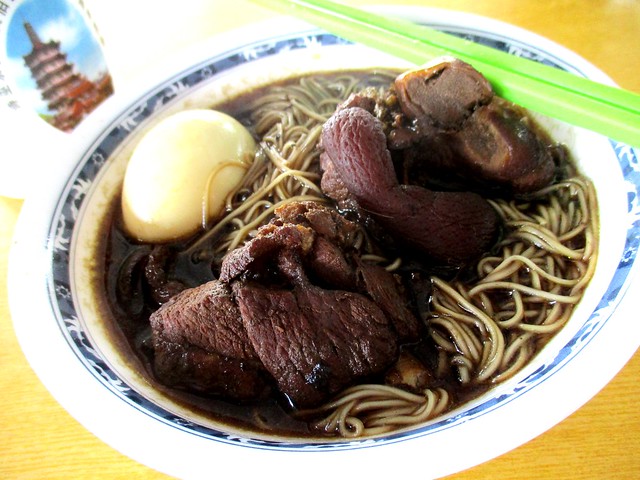 …and yes, it was very nice. I was expecting chicken but no, it did not matter that it was pork trotter instead. I was fine with that.

I asked for some freshly-cut chili in soy sauce and when the guy brought it to my table, he saw that there wasn’t that much soup in the bowl so he brought some more and poured that in… 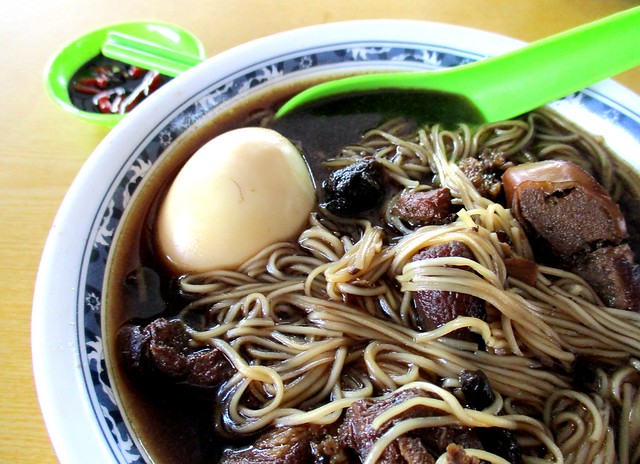 There is a canopy at the parking spaces opposite and there is a Malay stall there selling nasi lemak and stuff. I don’t know if you can order and ask them to deliver to you to eat at the coffee shop or not but I, for one, would not want to do that as that would be very unfair to the rent-paying Malay stall inside and yes, the one in the coffee shop does have nasi lemak and everything else too.

I liked the counters they constructed for the stalls – very neat and proper and they certainly brought the place to a higher level, very much nicer and cleaner and a lot more impressive and comfortable than the regular coffee shop. I think this bubble tea franchise has an outlet there as well and being far from the town centre, the place is not crowded and noisy, just great for people to gather and sit and chat. I know many church groups and gangs of retirees do that on a regular basis but no, I have never joined any of them, thank you very much! LOL!!!

5TH AVE. KOPITIAM is in the block of shops before the block where WOW WOW WEST Sibu (2.296407, 111.885216) is, on your left along Jalan Tunku Abdul Rahman, the road leading to the Sibu Airport, past the traffic lights junction where you would turn left to go to the Sibu General Hospital but before the next junction where you would turn right to go into Jalan Tun Ahmad Zaidi Adruce.

8 thoughts on “Back in business…”