Last week, I went to the post office at Rejang Park here to send my Christmas cards, the ones going overseas. I don’t know how long it will take, two weeks perhaps, maybe longer.

Even the local mails will take ages these days. My cousin in Kuching sent me an invitation to her daughter’s wedding next month, postmarked 30th October… 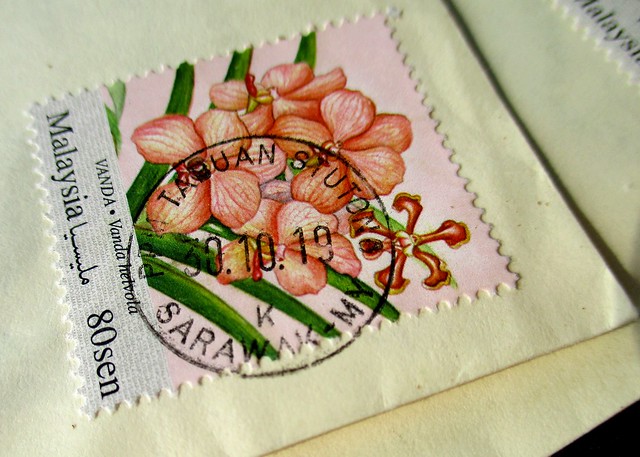 …and I only received it on the 11th of November, almost two weeks from Kuching to Sibu, believe it or not.

Well, I dropped by the stall there, the one that sells all the nice Chinese kuehs but they did not have much that day – according to the lady there, they had gone on a holiday so all those that they usually made themselves were not available. There were a few things made by people at home, left there for sale and in the end, I bought some of the Hokkien bak changs (meat dumplings – we can’t get the nyonya ones here), RM3.00 for the small ones with meat and RM4.80 for the big ones with meat and salted egg yolk.

The small ones had bits of meat inside, so little and so minute that one would hardly notice it was there. Thankfully, the glutinous rice was very tasty and was, in a way, a consolation. 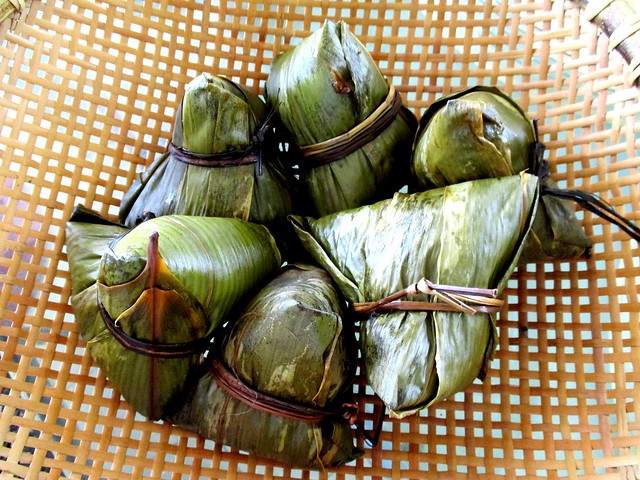 …were really something. After so many disappointing ones from here, there and everywhere around town, I was so glad to stumble upon these. Even my missus who would always say that her late mum’s were the best, second to none, and never liked any sold at the shops and stalls, admitted that these were good.

There were a few chunks of meat inside, shitake mushroom and a salted egg yolk… 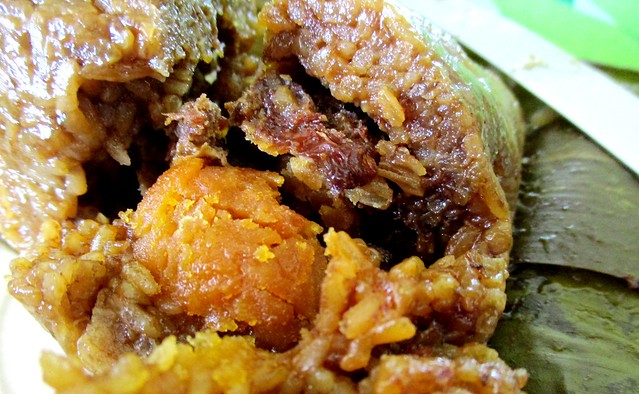 …and if you’re lucky, you may stumble upon a slice of pork belly with the yummy layers of fat. Slurpsss!!!

I also liked the fact that they used the traditional straw to tie them into big, perfect triangles… 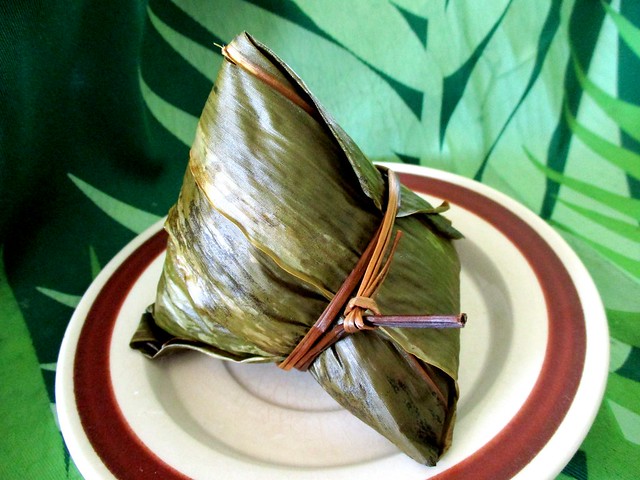 …unlike those that use raffia nylon strings – imagine those being boiled in the water with the changs until they are cooked!

Well, on Monday, I went back to the post office again to send more Christmas cards, the ones intended for the local destinations and of course, I felt I wanted some more, the big ones, no less so I walked back to the stall and went home happily…with half a dozen of those delightful changs!

LIM TIONG KHAY Chinese kueh stall (2.306707, 111.836471) is located beside the Chinese medical store among the shops at Rejang Park in the block facing Jalan Teruntum to the left of what was formerly the Zenith Mint Cinema.