This is kasam babi hutan… 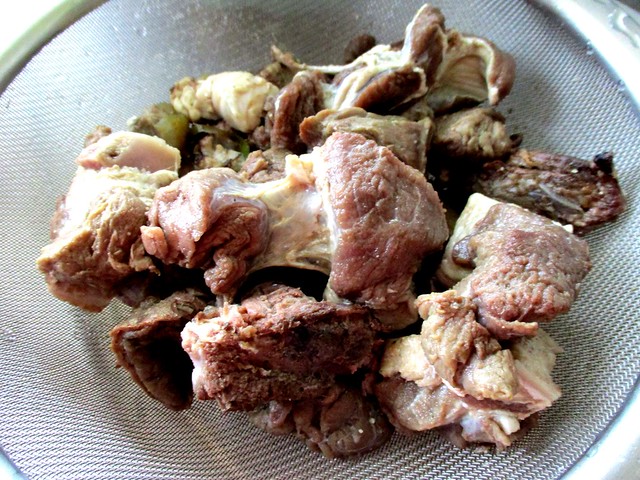 It is protected here though I really wonder why as the animal is very productive, not endangered in any way, plus it is very destructive. However, there is a provision in the law that allows the ethnic tribes to hunt it for food and with the lack of electricity and refrigeration in the interior, they would salt the extra meat to make it last like…forever and eat it slowly. They are also allowed to sell the meat to supplement their income and some will also sell the kasam too.

When I was teaching in Kanowit in the late 70’s, I rented a little room on top of one of the shophouses and my neighbours were all Ibans and they ate it ever so often. Everytime they opened the tin with the preserved meat inside, I felt like throwing up – the stench was terrible! Ah well!!! Salted fish is so nice but we all know that the smell is just as bad. It was only until quite recently when I tried it at the ethnic food stall here in town that I thought it was very nice and I really liked it.

Now that my girl is no longer teaching in the school in the jungle, I no longer have the opportunity to stop by the market at the bazaar along the way to buy the meat. I’ve loved the fresh meat since young but not the kasam. I bought one kilo of this kasam way back in May or June and I did cook half of it, steamed with tuak (the traditional Dayak rice wine) but it did not taste great, overpowered by all the herbs and leaves and everything that I added to the dish.

Well, I tried cooking it again the other day, the remaining half and this time around, I toned down on the ingredients used and these… 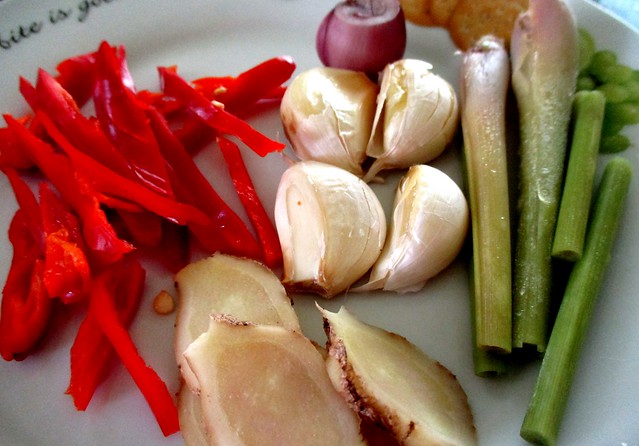 …were all I used – a few slices of ginger, a few cloves of garlic, one shallot, two stalks of serai (lemon grass) and one chili, thinly sliced.

Instead of steaming, I cooked it the way I would cook the soup with the fresh meat. I put it in the slow cooker and left it till all the juices had come out and had started simmering. Then I added the ingredients and let it go on simmering.

After sometime I took it out… 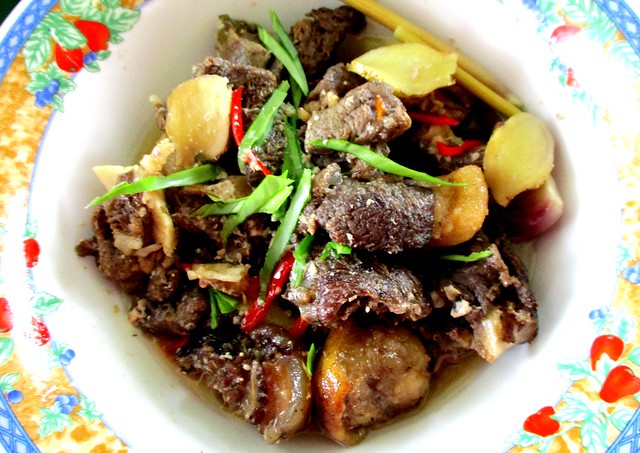 …and garnished it with daun kunyit (turmeric leaves) cut into thin strips and yes it was very much nicer, just very salty.

I did read somewhere that one would need to soak it and rinse it a lot to get rid of the salt and the salty taste – perhaps I did not do that enough. I put it back into the slow cooker and added boiling water, not too much as this was not meant to be a soup…and it was quite all right and a bit nicer after that.

Feeling not quite satisfied with it, I went to an empty plot of land round the corner from my house and plucked a few tapioca leaves from the plants growing wild there, pounded them and added them to the dish… 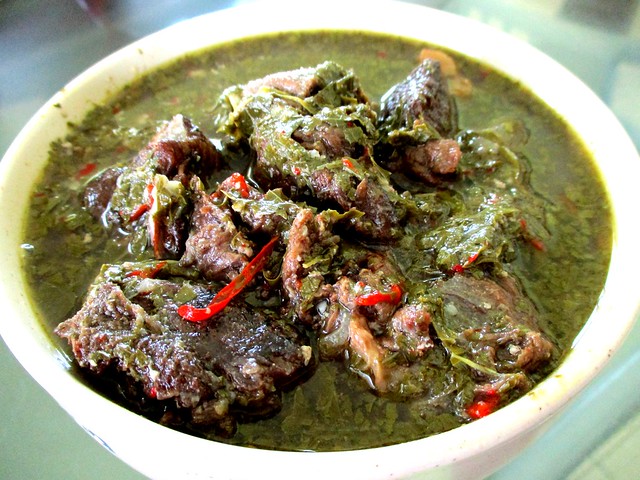 …No, it did not help reduce the saltiness, unfortunately so we just mixed the sauce with our rice and ate and yes, it wasn’t too bad. Thank goodness I did not cook it as a soup!

RUAI AKU CAFE is located below Eden Inn (2.285223, 111.831256) along Jalan Maju to the right of Hai Bing Seafood Restaurant, right across the road from the Rejang Esplanade.