I bought this lovely tapioca… 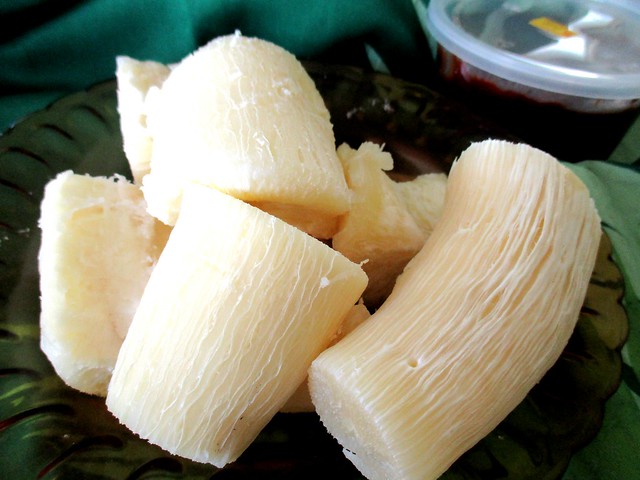 …from a nice Iban lady at the Pasar Tamu Permai that morning for only RM2.00 a kilo.

I took one root and put it on the weighing machine – it wasn’t quite 1 kg yet and the lady just took another root to add to it saying, “Tak apa! Tak ada orang beli pun!” (Never mind, nobody buying, anyway!) It just slipped my mind at that point in time but I should have paid her more, another ringgit or two perhaps – she would probably need that little extra more than me. I must remember that the next time I drop by there.

The tapioca was really good even though it was white, not yellow – the yellow ones are of a more superior quality. I enjoy eating it boiled just like that with a bit of salt added but I would like to dip it in gula apong (nipah palm sugar).

Since we did not have that in the house, I headed to my regular Malay kueh and everything stall at Bandong to see if they had it or not. I did blog about them opening a small section beside their stall where one could go for a drink and enjoy their nasi lemak, fried mee or kway teow or porridge or one’s purchases from the stall but when I got there…

…that morning, it looked like they had expanded even more! There was a stall selling kampua mee, kolo mee, mee pok, mee sua and chicken rice and inside, I saw signs advertising their mee jawa and laksa and Thai beef noodles but they said that last one was not available just yet.

To the right, I saw a roti canai stall and the nasi lemak stall beside it… 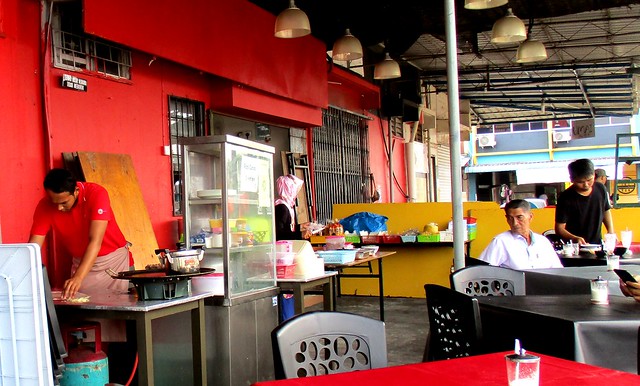 …but I could not see the porridge stall anywhere. Perhaps it had been discontinued.

Somebody said that their chicken rice was nice but I did not feel like having that as it was still quite early in the morning. I did not want their mee sua either as I was pretty sure that they would not have the traditional Foochow red wine in the soup.

I placed my order and sat down at one of the vacant tables. The kopi-o (black coffee) that I asked for… 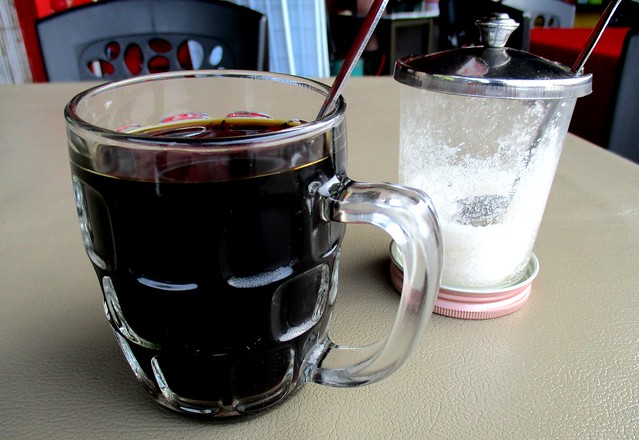 …was all right but it was served mian tai (without sugar). Anyway, that was provided at each table so if one would prefer one’s coffee sweet, one could just add according to the level one would desire.

While I was sitting there, everyone walking past asked, “Have you…ordered?” and when “the lady of the house” came by and asked that same question, a girl (one of them) sitting at a table remarked, “You’re the 5th person to ask him!” LOL!!! Somebody asked her who I was to be accorded such attention and she said something in reply – I only heard the word “blogger“. Hmmmm!!!!

This was what I had that morning, their mee pok special (RM6.00)… 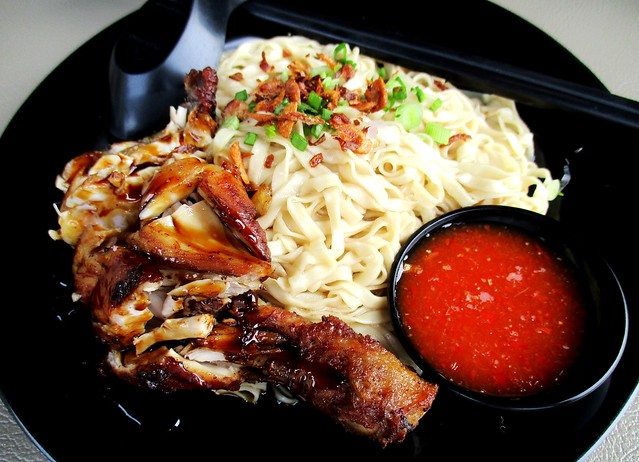 …and it came with one ayam madu (honey chicken) thigh.

Yes, the noodles were great and the chicken was very good too except that it was cold – perhaps they could heat it up lightly in  a non-stick pan or in an oven toaster or over a mini-charcoal grill before serving. I loved the chili dip and the soup was nice too, but very strong on the ginger (I’m not a fan of ginger) so my guess is that if you order mee sua, it will be served in that soup. It should be pretty good, I think, by their standard as while I was eating, some people came and ordered that to take home.

Anyway, back to my tapioca and the gula apong I was looking for, they did not have that there (I have seen them selling that on some days) so I went to this stall in the kampung to get it. I sure enjoyed my tea that day!