Last Saturday, I was out quite early, around 7 something, almost 8. Like what I said in my recent post, I wanted to try the fried tomato kway teow at the new kampua mee stall here… 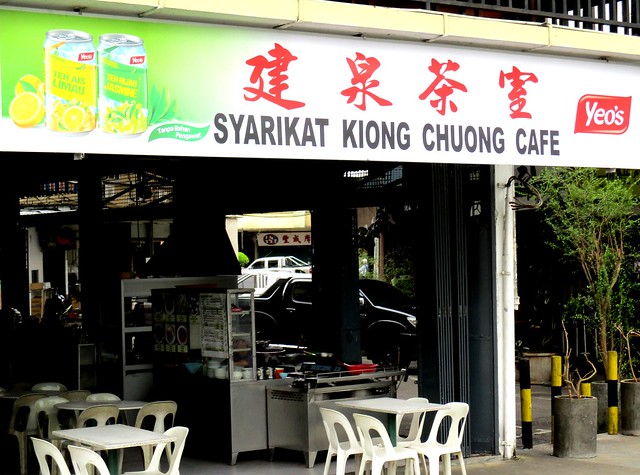 …but the coffee shop was not open.

In the past, it always opened early – the drinks people and the quiet young guy who used to run the kampua mee stall would have started their business for the day while the chu char fellas would get their ball rolling a little later.

In the end, I strolled over to this coffee shop – the one with my favourite kampua mee in town… 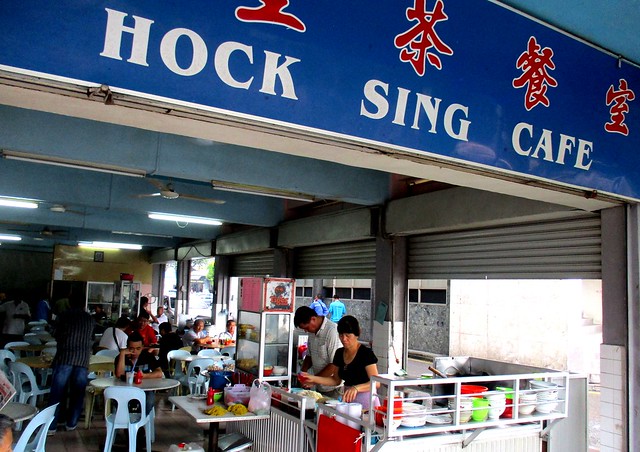 …but no, I was not in the mood for that. After having had some not really great ones over the previous few days, I felt like I had had enough of kampua mee for a while.

If I remember correctly, people did tell me that the fried stuff from the people at the back was very nice too so I walked over to have a look. There was an old couple there, a somewhat sad-faced lady doing all the cooking and the old guy helping with the serving. He was eating a bowl of noodles at the time and it did look good so I said I wanted that too.

The coffee was decent, RM1.50 for a glass of kopi-o-peng (iced coffee, black) and I caught a whiff of the wok hei of the Foochow fried noodles, wet (RM4.00)… 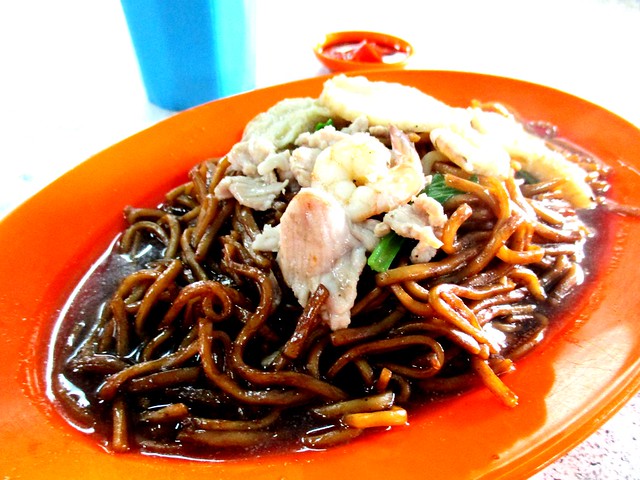 …the moment it was served and I was most certainly impressed already even before I started eating. There were two prawns, some bits of meat and a number of sliced fish cake, a lot more ingredients than at many other places around town but yes, I was thinking that they could have added a little bit more green vegetables.

There used to be a Malay stall at this ever busy coffee shop too and it did seem to enjoy a lot of business as well but there was a guy there that morning and he did not look Malay – I saw that he had nasi lemak on his menu and chap fan/nasi campur too just that it was way too early so the dishes were not ready yet. I don’t think I am all that keen to try his nasi lemak or anything else from him but I sure would be back for more of the same or something else from the old couple at the back…or the kampua mee from the stall in front.