I saw some very nice photographs on Facebook of the pan mee with a choice between beef and pork at one place here, round the corner from my house so early one morning, I went there hoping to give it a try. Unfortunately, it was not open – I did not know whether it was their off day or I was too early, before 8.00 a.m.

I had the mee sua from the second stall before and it was very nice and my missus had something from the first stall, very popular for their own-made bay kar (ikan tenggiri/mackerel) fish balls, and she liked it. 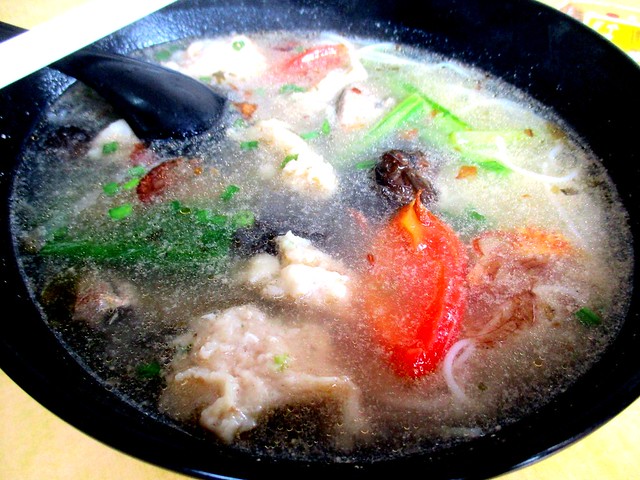 …not by choice – he said he did not know what to order so he just picked one at random. Well, I did not hear him complain so I guess it was all right. 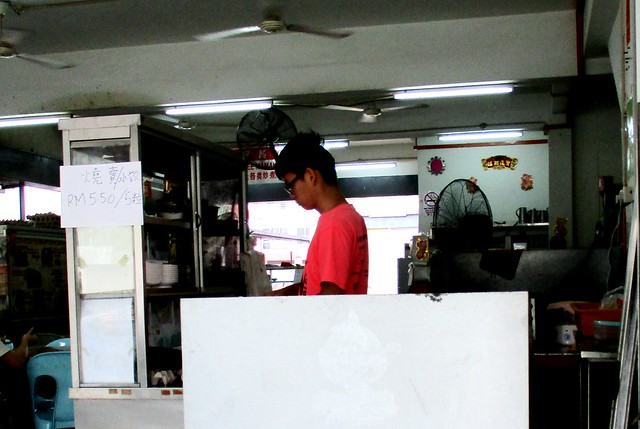 …instead. The young boy was selling all kinds of toasts but no, I was not in the mood for those and I picked his scrambled egg set (RM6.90) instead. 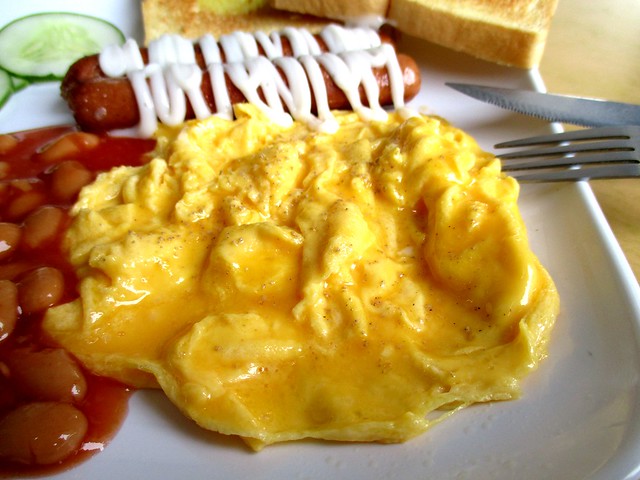 …was perfectly done, creamy enough and not overcooked till it was like some kind of a badly messed-up omelette (like the ones you will get on the breakfast menu at those fast food franchises) but I wouldn’t mind if he had scrambled it a little bit more.

I am not fond of those (cheap) frozen supermarket sausages… 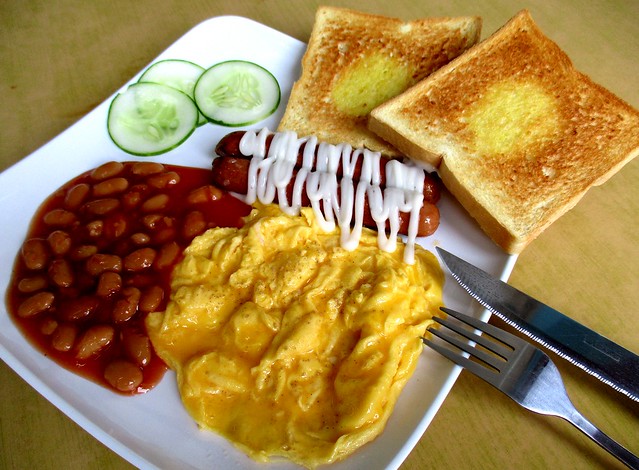 …with or without the squiggle of mayonnaise though. Next time I will bring my own gourmet ones. Of course at the price he was charging for the dish, one can’t jolly well expect any of those or perhaps I will just tell him to leave out the sausages and give me two servings of the egg instead.

I saw the photo of the so-called American breakfast at the stall, RM7.90, but with those same sausages and some slices of those similarly cheap frozen supermarket turkey or chicken ham – I don’t think I will go for that.

YISEN CAFE is located opposite the Lovers’ Bridge along Sungai Merah among the shops to the left of Jalan Teng Chin Hua before its junction with Lorong Sg Merah 2. Unlike at many parts of town these days, there is ample parking here and it is free.