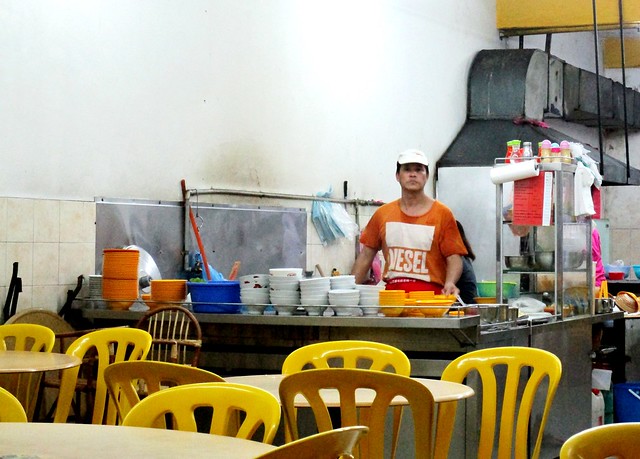 …at this coffee shop… 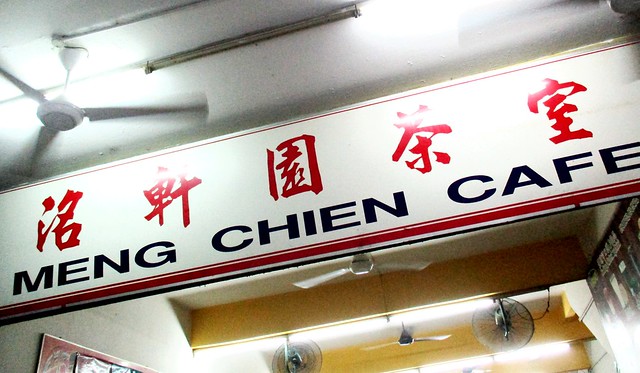 …more commonly referred to as “yellow chair” because all the chairs in the shop are of that colour.

Well, some friends of mine were talking about him the other day – they said that he opens his shop real early every day at 3.00 a.m. That did not come as a surprise to me as I did notice a lot of cars outside his shop when I drove past after I had dropped my girl at her school at around 6.00 a.m.

That day, I decided to make a u-turn and drive over for breakfast. After all, I last dropped by here, my very first time, in 2013 and I had not gone back since, the reason being the fact that parking around there later in the day is virtually impossible.

This was around 6.00 something in the morning… 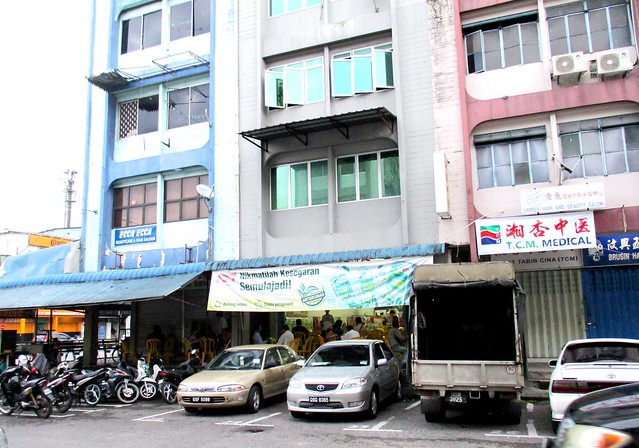 …and most of the parking spaces were occupied – luckily, I did manage to get hold of one on the other side of the road. You can see the numerous customers at the tables arranged outside all along the pavement.

I was of the opinion that his kampua mee was really good and all this while, I would tell people that his would be among the best in town. I ordered a bowl (RM2.80)… 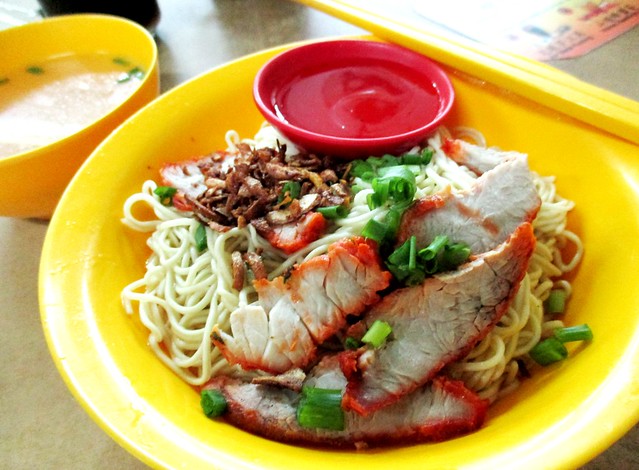 …and yes, it was good. It came across to me as being a bit firmer than most so if one is more into softer noodles, he or she would probably not like it as much.

I did not order the guy’s pian sip this time around as I remember on my previous visit, I was not as impressed but of course, I noticed the plastic bowl that he used and of course, I wasn’t exactly fond of that and for this reason alone, you will not catch me going back there again all that soon.

Perhaps he chooses to use those as the colour matches the chairs – I guess that’s his prerogative.