A foodie friend of mine drops by here ever so often and each time, he will post photos of what he eats on Facebook and Instagram and sing their praises to the skies. One of his favourites here would be the Chinese fried carrot cake or chai thow koi… 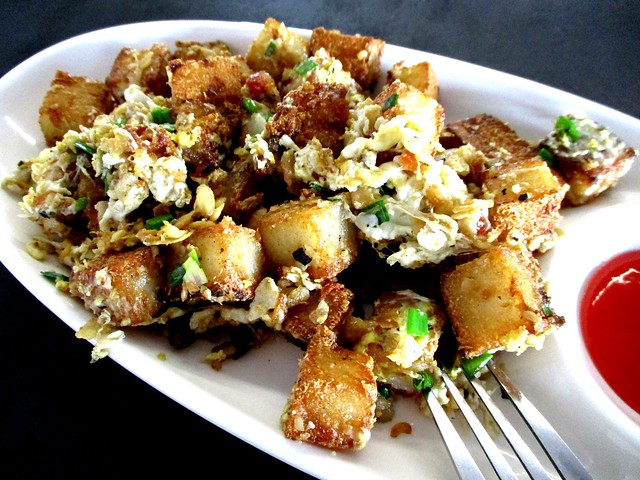 …also known as koay khak at places in the peninsula.

I’ve been there twice but both times, I had their beef noodles which I would say is pretty good and one may consider going for that when one is in the vicinity but it’s the dark version, what they say is the Taiwanese style. I prefer beef noodles in clear beef soup.

Anyway, I dropped by the other morning as I wanted to try their chai thow koi. I liked how clean the place was… 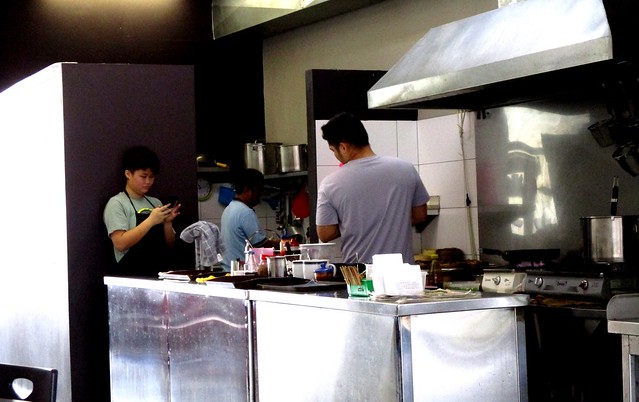 …and how pleasant the people were. I placed my order for the dish and the drink and was served in no time at all.

Yes, it was very nice – I won’t disagree with my foodie-friend on that and I particularly liked how each cube was fried till golden brown and crusty on the outside… 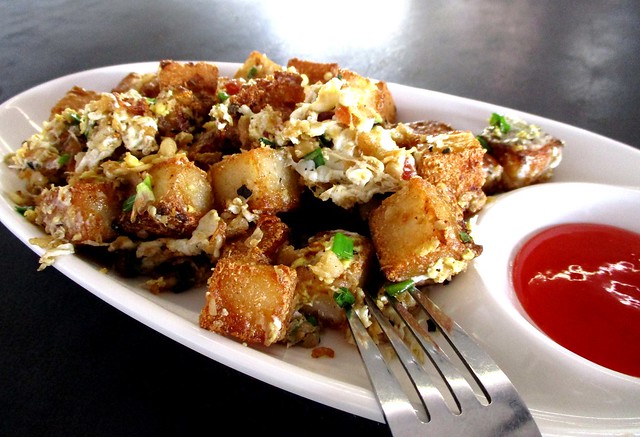 I think I tasted some chai po (preserved radish) among the egg and though I am not particularly fond of chai po omelette, I actually liked it here and I was feeling that perhaps they could add a little bit more as it did serve to enhance the taste of the dish.

It did not come cheap though – RM6.00 but they did take quite a while to dish it out and even though it did not look like a lot, I found it very filling, good enough for breakfast or brunch.

KEDAI KOPI SIBU/SIBU CAFE (2.295345, 111.839757) is located at Pusat Tanahwang, the area of shops opposite Sacred Heart Secondary School along Jalan Oya. You turn left into the lane right after the SHELL petrol station and go straight ahead. It is in the last block along that lane on your right, before you turn round the corner where you can go straight ahead and that will take you to Jalan Pedada, now Jalan Dr Wong Soon Kai.