I’ve been telling everyone that this lady’s kampua mee here is one of my favourites in town, much nicer than all those that many would declare as the best. However, when I went there last Saturday morning, I was quite disappointed with what I had. 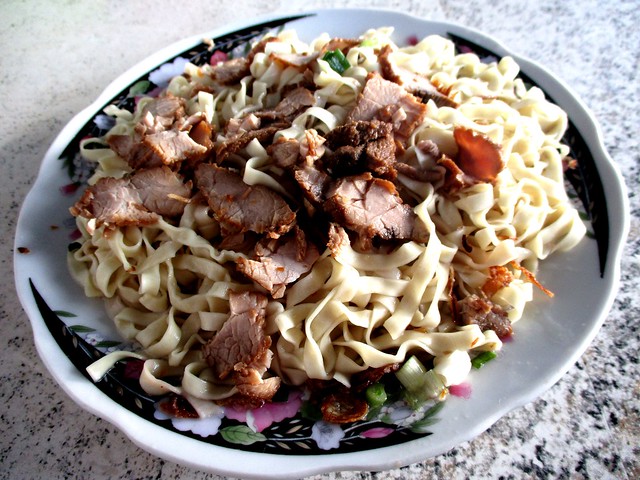 …the flat noodles, for a change from the usual round and thin ones.

It looked great but no, it did not taste great. No, it couldn’t be because there were too many people and her quality control went flying out the door. For some reason, there wasn’t the usual crowd there that morning.

There was talk going round that shallots were not available in town, the ones from the usual source (India?) and they switched to those from Indonesia or some place and it lacked the fragrance and wasn’t nice. Perhaps that was the reason.

Other than that, after I had finished all the noodles, I discovered that there was a lot of water underneath, enough to fill a tablespoon. Maybe she did not drain the noodles well and the ingredients used in tossing the noodles were diluted by the excess water and that, I must say, was a real shame as I had always held the lady’s kampua mee in high esteem, not anymore. 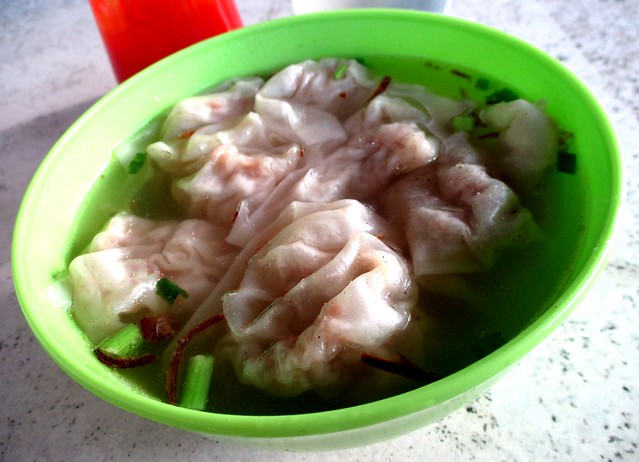 …was all right or at least, the dumplings were but that too was not the best – the soup was kind of weak and bland. Still, it was fine by me. Hopefully, it was just because I caught her on one of those days but frankly, I do wish she would do away with those plastic bowls and plates and not use them to serve anything hot.

A few days later, my ex-student/friend, Louis, was in town and he suggested coming here for breakfast. Of course I said, “Let’s not go there!” and told him everything about what had transpired. We agreed to meet here instead for the kampua mee… 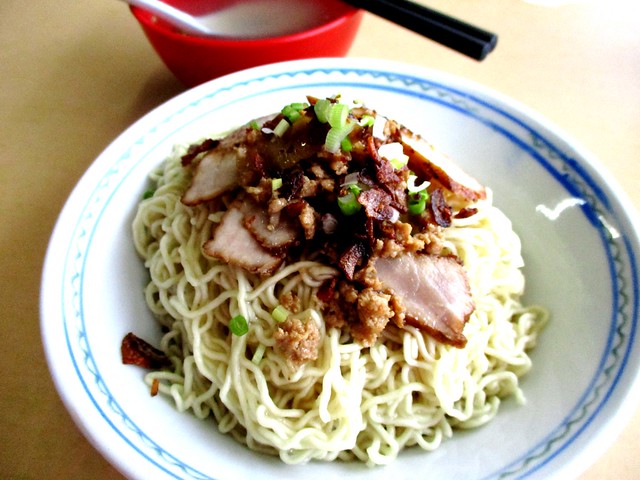 …from the lady that I stumbled upon not too long ago. Yes, he did go to eat her noodles when she was running her own shop single-handedly and yes, he loved it. Well, this time around too, the noodles sure did not disappoint.

I did ask the lady and she said she would be at the shop by 6 but she would have to prepare everything so it would be best to go a little later, past 6.30 a.m. so one would not have to wait too long to be served.

HOCK SING CAFE (2.290070, 111.827620) is located along Jalan Wong Nai Siong, facing the Sibu Taxi Station, the Sibu Heritage Centre and the Sarawak Hotel and  CIAK PA BOI CAFE (2.311420, 111.830729) is located in the Dewan Suarah area of shops in the block facing Jalan Tun Abg Hj Openg with Captain Roseley’s PETRONAS petrol station right across on the other side of the main road.