Maha Shivaratri is a Hindu festival celebrated annually in honour of Lord Shiva. It marks the night of the heavenly marriage and consummation between Shiva and Parvati and it is also the night when Shiva performs the heavenly dance.

There is a Shivaratri in every luni-solar month of the Hindu calendar on the 13th night/14th day, but around February/March, they celebrate the Maha Shivaratri which means “the Great Night of Shiva”.

No, I did not know all this but that night I was invited by my Indian friends, Andy and Varun, at Payung to a special thali (a set Indian meal) they were hosting to celebrate this auspicious occasion. Unfortunately, all the photographs that I took did not come out well except this one of the poori… 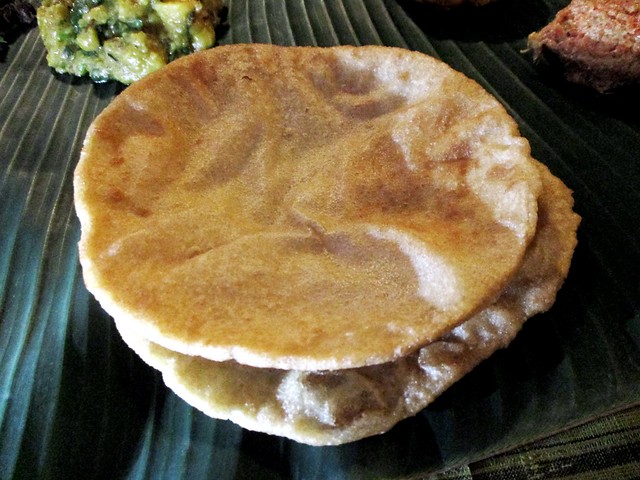 …that we had, a deep-fried bread made from unleavened whole-wheat flour. It went very well with everything that was served on a banana leaf… 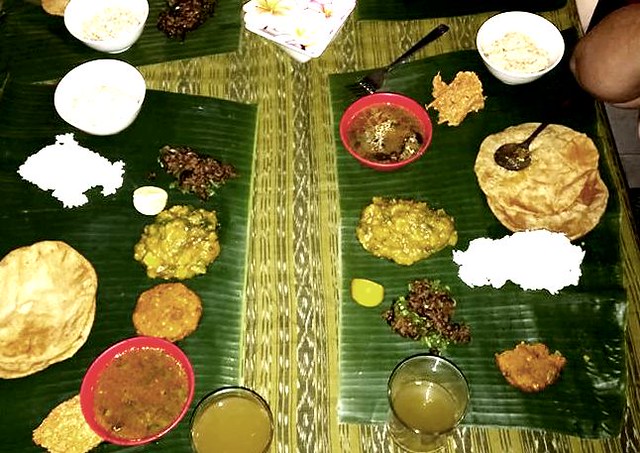 …and I even asked for a second helping, another two or three pieces, I can’t remember now.

There seemed to be two main dishes, one that looked like minced meat but cooked using black chickpeas, probably the kala chana curry and the other, the potato bhaji – you can see a bit of that in the above photograph. The other one that you can see in the photograph, top right, is the gajar halwa, an Indian carrot pudding served as a dessert along with the Indian rice kheer, a rice and milk dessert – both of these were slightly sweet, very slightly and I enjoyed them very much.

Varun made a vadai too, not quite the same as the ones that I am accustomed to. He said that was his first attempt as that is a South Indian delicacy and he comes from the north and he did say that they do not serve meals on a banana leaf there either as the plant is not common in the colder climatic conditions unlike the places in the south.

There was a soup using red beans, the bigger version and also an Indian drink that reeked of spices and ginger. 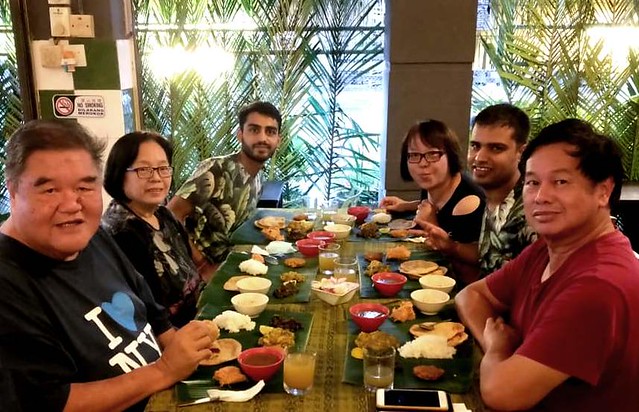 Thank you so much, Andy & Varun, for inviting us to your celebration of this very special Indian festival.