My girl had something to send to the department’s office in Selangau so I went to the POSLAJU office near my house to do it for her. I do recall sending stuff there before and as far as I know, they did get everything in the end, no problem at all.

However, that morning, the young man at the counter told me that it would be outside their delivery area and they would redirect the mail to the General Post Office in town and the people from the office in Selangau would have to come all the way to Sibu to go there to collect. I don’t know if that was what had been happening all this while and this time around, it was addressed specifically to an officer at the office and the guy said that she would be contacted by phone and asked to collect the mail personally – somebody else from the office would not be able to get it for her.

I told him that would be so silly as if she had to come to town to get it, she could just go straight to my house and I could hand it to her, no need to pay them all that money for doing nothing. Over the years, driving to and fro between my house and my girl’s school in the jungle, I did see the POSLAJU van a few times but I did not know where it was heading, Bintulu perhaps…and as far as the van was concerned, it certainly was LAJU (fast) though I would not say the same about their service and their delivery.

Anyway, the wife of an officer at the Selangau office, an ex-student of mine, is my girl’s colleague so I asked my girl to ask her if she could pass the letter to pass to him to take to work and pass to the officer concerned…and of course, that was not a problem at all so things worked out o.k. in the end.

Well, it so happened that the other day, I decided to drop by this bakery… 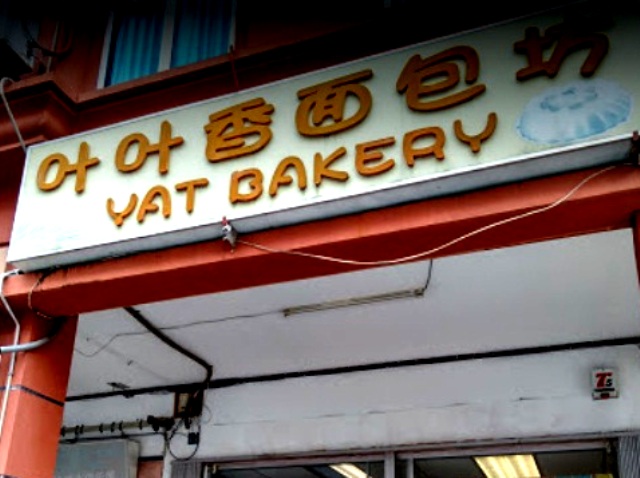 …in town in the area of shops behind the medical centre where my mum used to be warded everytime she was unwell. My dad loved the buns… 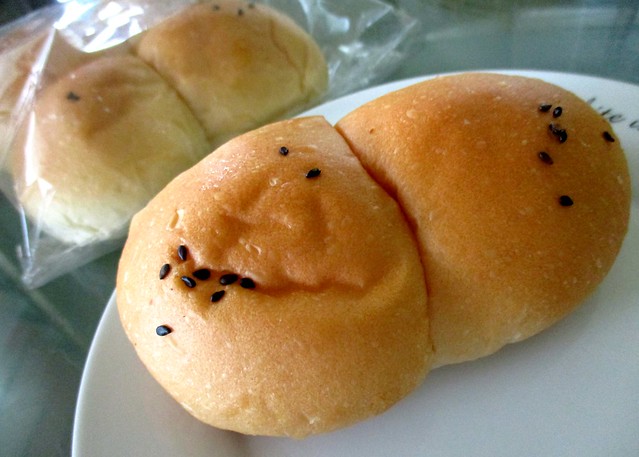 …the ones with the pandan lotus paste filling… 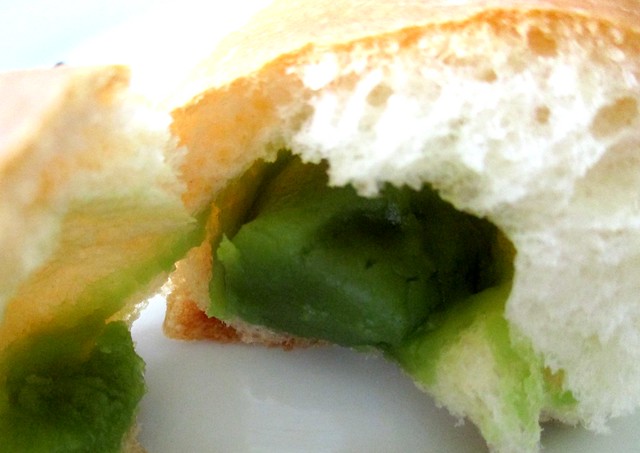 …while I prefer the pek tau sar (white/mung bean paste) but these two were not easily available, always sold out.

That day, there wasn’t any of the latter left but there were two packets of the pandan lotus, RM2.20 each (probably RM2.00 only in the past), so I just grabbed them both. There were others like the red bean paste, the peanut and the butter but I was not interested in those.

In the meantime, I thought I would just buy their swiss roll for the aforementioned ex-student’s wife to show a bit of appreciation for her/their help. I remember we used to buy them before and they were very nice, RM6.80 each (maybe it was RM6.00 before) but they certainly were a lot bigger than the rest. I got her the vanilla and I decided to try the strawberry… 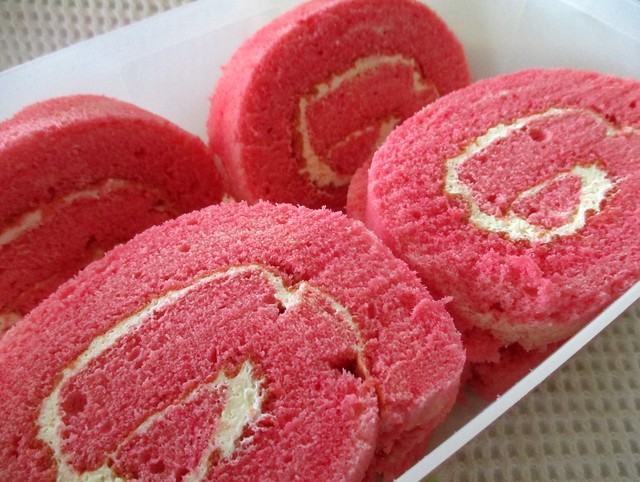 …which turned out really nice – so soft, very nice subtle fragrance of strawberry, definitely much nicer than the strawberry cakes that we bought before from the more upscale bakeries in town as far as the texture and taste went except that it did not have any fresh strawberries inside. I think should anybody’s birthday come around, I shall go here to order the cake…or I’d stick faithfully to Marcus’ – his cakes are, of course, second to none.

A friend on Facebook saw the above photograph of the swiss roll when I shared it on my timeline and he commented that their coconut roll bun was very good too – I think I did see that that day but I was never into that. Perhaps I’ll grab one to try the next time I drop by there.

YAT BAKERY (2.293035, 111.835887) is located along Lorong Chew Siik Hiong 1A, directly opposite Uncle Dom, at the other end of the block of shops where Sushi Tie is in the commercial centre behind the Rejang Medical Centre.