Believe it or not, I only ate their paos (steamed buns) once in 2013 for the simple reason that they were selling them at night when they would push the steamer to their gate and sell to customers stopping by. For one thing, I would not be so keen to drive into that dark, narrow and somewhat congested road at night so I never went back for more. Well, at least I’ve tried!

The good news is they no longer do that – in fact, they have a shop of their own now… 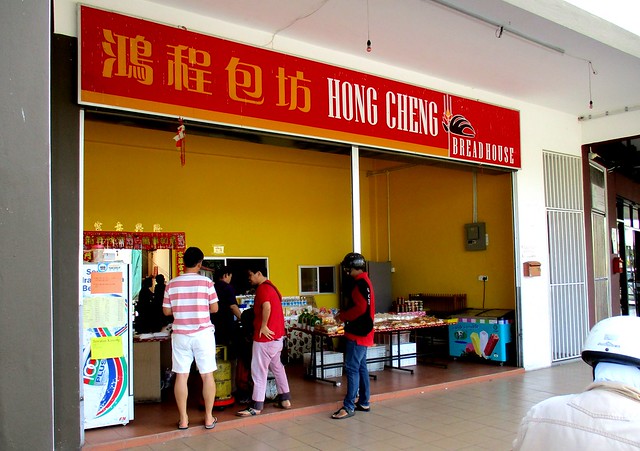 …if I am not mistaken, ever since 2016 but still, I never dropped by. I heard that they only open at around 12 noon and everything will be sold out by 3.00 p.m. and there will be so many people every day that one will have to stand and wait in line just to buy. I hardly ever venture out at that time of day if I can help it especially when it can get so scorching hot nowadays.

It so happened that my girl had something on the other day so she did not come home for lunch and would only be done by 3.00 p.m. Just nice, I thought, for me to go past 2.00 p.m. and stop by along the way to grab some of those buns. Luckily, there were not so many people, no need to wait in line but there were people coming and going non-stop.

I asked the lady… 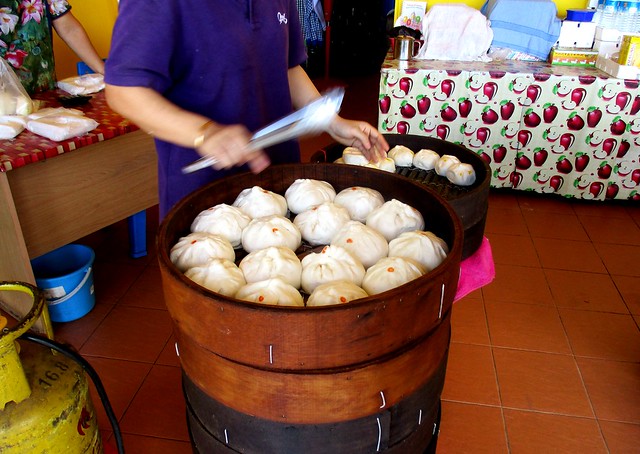 …for their bak pao (meat bun) and their char siew pao and when I got home, I tried them to see if they were still as good as before. As a matter of fact, many will tell you they… 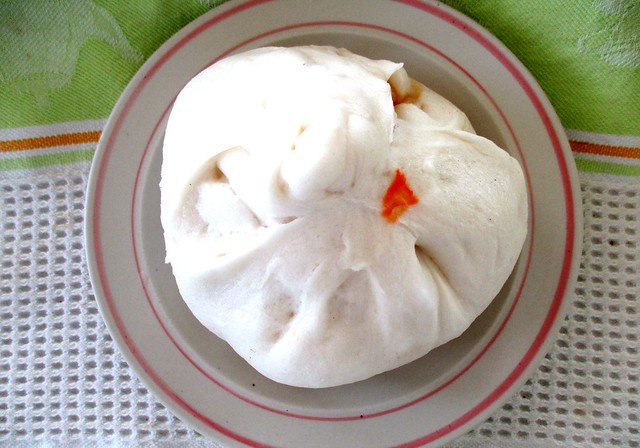 …are the best in town! 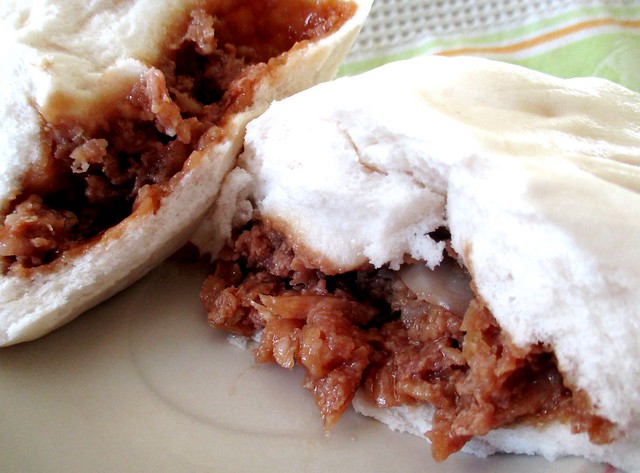 …was all right, probably nicer and had a lot more meat than the ones here but that was only RM1.30 each whereas these were going for RM2.20 each. Looking back at my old post, they were only RM1.80 each that one solitary time when I went and bought some to eat.

The filling of the char siew pao, also RM2.20 each… 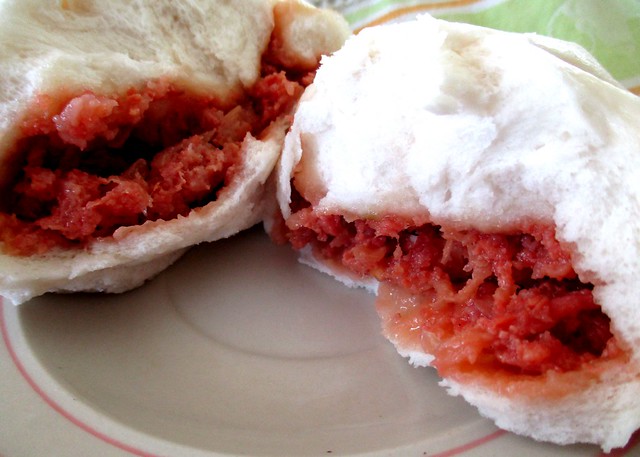 …certainly looked nothing like char siew as we know it but it tasted really good. Between the two, I prefer this one a lot more, I must say.

A long long time ago, somebody told me that she felt Ah Pui pao was the best in town and when I asked her where Ah Pui was, she said Lanang Road. I replied that Lanang Road was a very very long road and asked if she could be more specific in giving the location…but she never replied after that. I even went to a coffee shop named Ah Bui but no, there were no paos there.

This time around, when I shared the photograph of the shop on Facebook, somebody commented, “Some said the best…but I personally prefer Lanang Ah Pui one.“

“You’re not the 1st to tell me that but nobody ever told me exactly WHERE! Lanang Road is a very long road. I went to Ah Bui coffee shop, no pao there,” I replied and his response was: “Ok, just before the Aman Road roundabout… next to tyre shop…best to go around six something evening…the bak chang also nice.“

There must be 1001 tyre shops along Lanang Road but I logged into Google Maps and “walked around” and I found a shop – Kung Fung Food Industries, next to a tyre shop near the aforementioned roundabout but it was closed when the Google car was passing by but there was a logo and there was a fat guy in it so I guess that must be it. Now who says you can’t teach an old dog new tricks and that old people are not internet-savvy?

I definitely will drop by one of these days and grab some of the paos from there to see how good they really are.

HONG CHENG BREAD HOUSE (2.291838, 111.838213) is located among the block of shops to the right of the junction of Jalan Tong San and Lorong Langsat if you are coming via the latter from the roundabout at Jalan Pedada near Rejang Medical Centre.