I went out early on Saturday morning and headed to the temporary site of the Jungle Produce Market at the Sibu Rejang Esplanade thinking that I could kill two birds with one stone – walk around to see what they had in store and at the same time, stop some place for breakfast. Unfortunately, I could not find a parking space even though it was so early in the morning so I headed to another part of town instead.

I managed to park my car and walked all the way here as it was too early and the place I had intended to go to was not open yet. We did not get to eat the curry lamb shank here that day so I thought I could buy two for our lunch and dinner that day.

Unfortunately, the place was closed and there were notices stuck everywhere but I did not bother to walk all the way to have a closer look. What I’ve heard is the place has closed down but some other people have taken over the place and will open an Indian eatery, with three chefs from India, in the not too distant future. I sure am looking forward to that.

On the way back to where I came from, I decided to stop by this place… 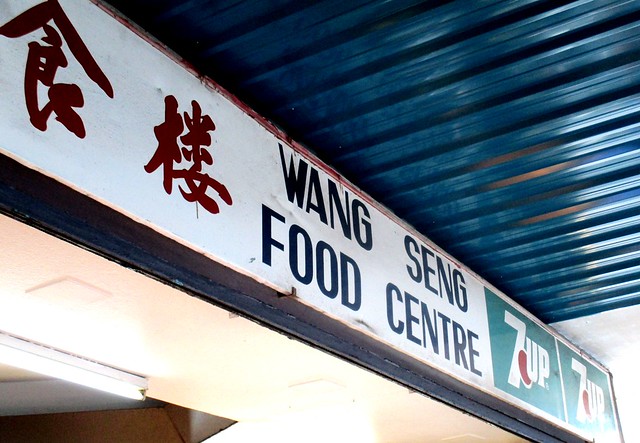 …instead. This was one of the earliest places where we could get some decently-good kolo mee, like the ones in Kuching. I remember I went there once with my girl when she was little and I had to park quite far away plus the place was very crowded and even though I liked what I had, I never went back again until quite recently when I tried the special there (RM5.00) and quite enjoyed it.

Gosh!!! It was just as crowded and as busy as before, years ago. Well, this time around, I just asked for the regular (RM4.00)… 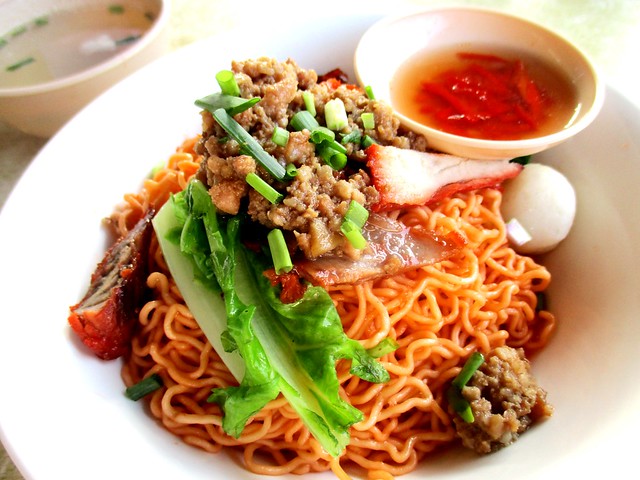 …and no, it did not taste like kampua mee disguised to look like kolo mee. I would say it was good and I certainly was glad that it came with the chili soaked in vinegar dip like what one would get when going for the noodles in Kuching.

Having said that, no, they will never give you a small bowl of complimentary soup there – there are places where you can order the very nice soup with the minced meat, fish balls and all the innards and what not like here or here but no, you will not get anything free there. Other than that, if you were to get any blanched green vegetables in your bowl of kolo mee there, it would be a sprig of sawi, not the khiew chai (curly vegetable)… 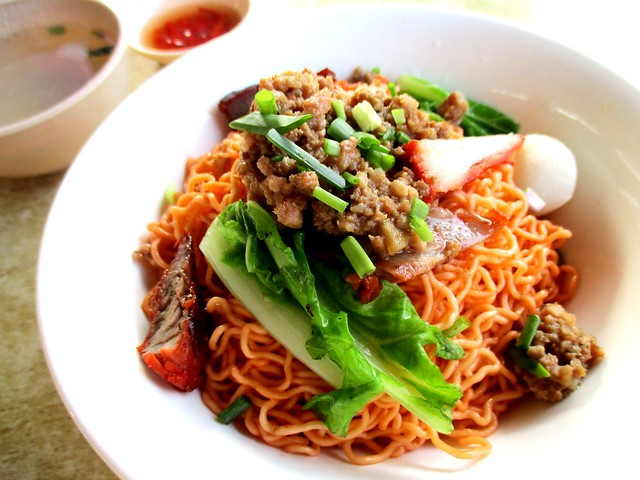 …that I got that morning.

After having had my fill, I went on my way, did what I had to do…and headed home.