I was alone when my girl and her mum went off to KL for around a week until they came home last Wednesday. It was supposed to be a noon flight scheduled to arrive at 2 something but my girl sent word that it was delayed for reasons unknown till 1.10 p.m. so I guessed it would be here by around 3.00 pm. When I got to the airport, I saw that the arrival time was 3.20 p.m. but no, it was not till around 3.30 p.m. or later that the aircraft landed. We are quite used to it actually, these flight delays. Frankly, I do think it would be a lot more appropriate for the airline people to change their tagline to: “Everyone can wait!”

By the time they got through immigration and collected their checked-in luggage, it was already past 4.00 p.m. and we did not get home till around 5. I did not cook dinner so that evening, we went out for some Chinese food – it seemed that they had not had Chinese all this time when they were in KL.

My girl wanted to come here for their special ngor hiang (RM7.80 for 6)… 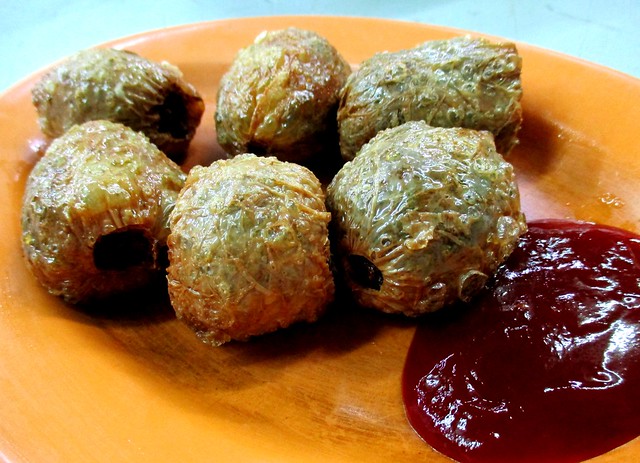 …that I heard has lokan in it and of course, I wanted that too…and also my favourite soup in town, the very clear fish maw soup (RM10.00)… 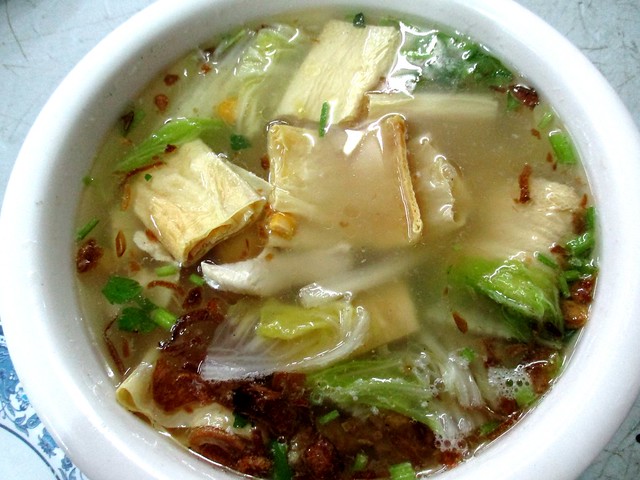 …with everything else in it.

We decided to try this green vegetable fried with century egg (RM8.00)… 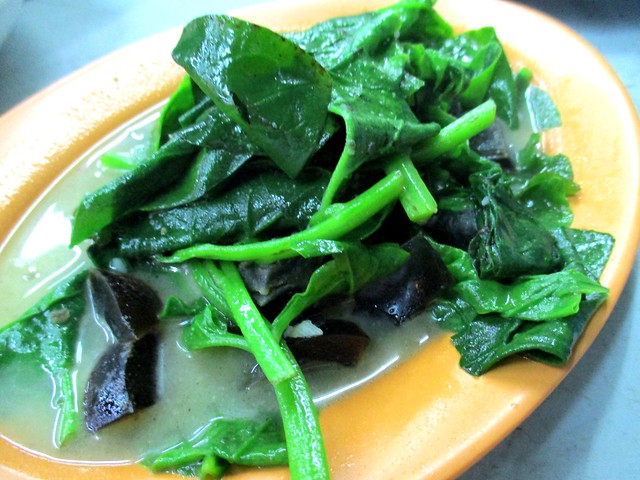 …and it was good – we sure would not mind ordering that again next time or perhaps we would have it cooked in one of the other two ways, ching chao (plain fried with garlic) or with hay bee (udang kering/dried prawns). 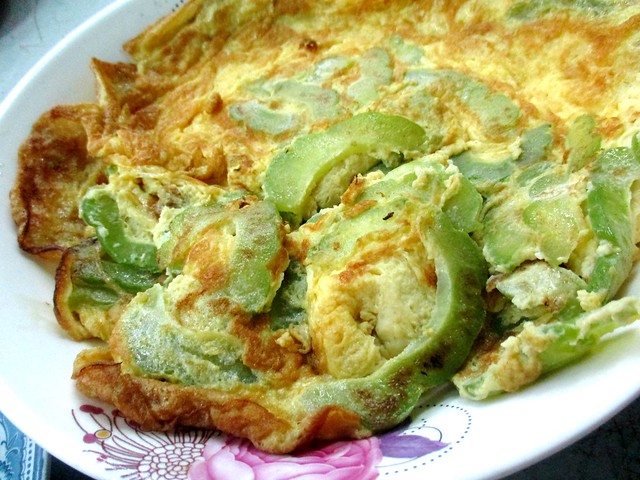 …was nicer the previous time I had it here as they had lap cheong/臘腸 (Chinese sausage) in it but not this time around.

Luckily, I asked for the prices of each item that we ordered so I could mention them here and I was shocked when I was told that the bitter gourd omelette was RM11.00. I asked the mono-lingual boy why it was so expensive and he said there was lap cheong in it. “哪裡有?” (Where got?) I protested and I went on to tell him that I had that in the dish the last time and it was very much nicer. Well, the boy was very nice and apologised profusely and reduced the price by RM4.00.

Yes, we enjoyed our dinner that night and as soon as we were done, we rushed home so the ladies could do their week-old laundry before calling it a day. *Faints!!!*

A-PLUS FOOD CENTRE/RESTAURANT (2.293355, 111.823653) is located among the shops along Jalan Kampung Datu behind the block of shops (where Fair Price Supermarket is) near the traffic lights at its junction with Jalan Tun Abang Haji Openg and Jalan Kampung Nyabor.

10 thoughts on “Till they came home…”