I saw the beef noodles stall that day when I dropped by here for the so-called Penang char kway teow and I made up my mind right there and then that I would come back to give it a try.

That morning, I was out and about real early as the previous day, my old car was making noise everytime I turned right. It was fine when I turned left so I wanted to get to the workshop early and be first in line. However, I noticed that the car was perfectly all right, not a sound anymore and the workshop guy did tell me before that unless they could detect the problem, they would not be able to do anything so they would insist on hearing the noise themselves.

Well, since I was already out of the house, I decided to go to the aforementioned coffee shop and try the beef noodles (RM10.00)… 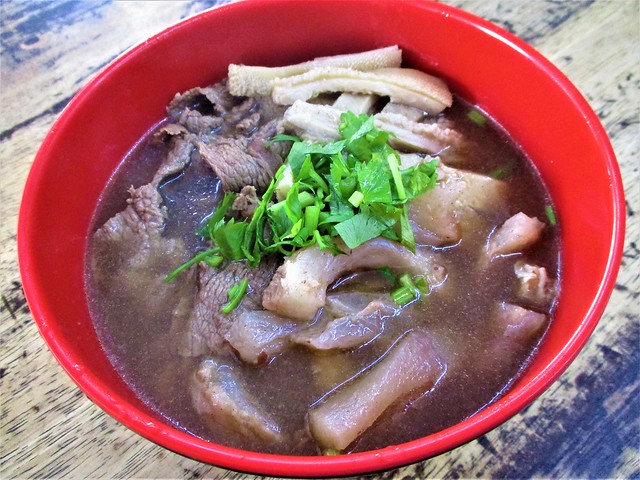 I had that with yellow noodles… 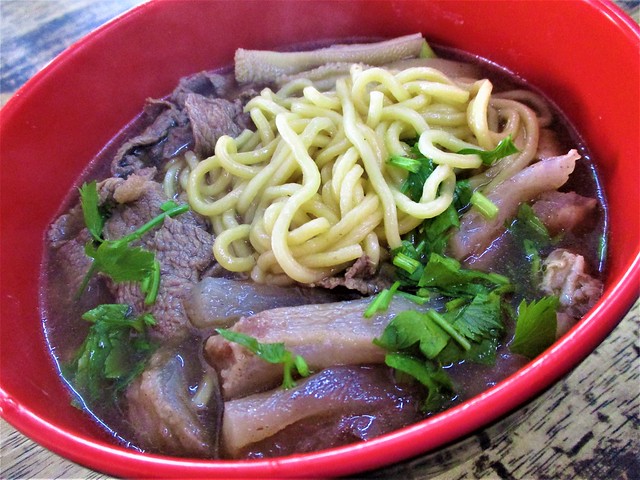 …the way I would like it. I did not ask so I am not sure if one can choose to have it with kway teow or bihun or not.

I would say it was nice but I thought the soup… 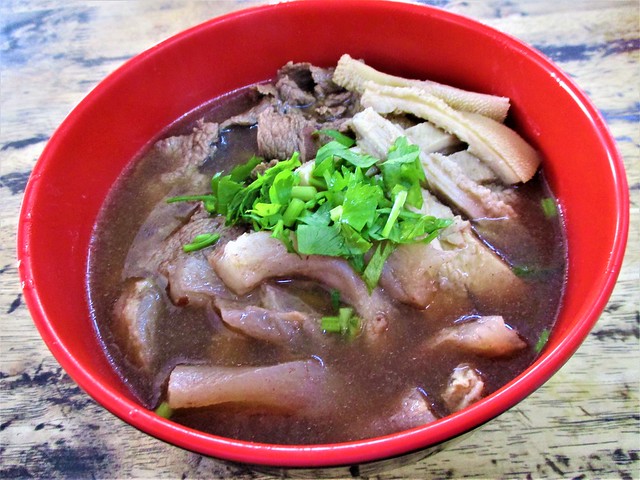 …was kind of cloudy, not all that clear and when somebody had ordered so much, the guy could have been a bit more generous with his very nice chili dip. There was so little of it, probably enough for a regular bowl so with all the extras, I think that would call for double the amount.

I would not go out of my way to come here and eat this but yes, it is an option if I so happen to be around there. My favourite is still the one here and other than that one, the one here and also here as well as the one here are all pretty good – they all serve the same beef noodles in clear soup, not the Taiwanese nor the Vietnamese versions, just the one we grew up eating in our younger days, the one we know and love so well.