I could not get my hair cut ever since the COVID-19 CMO was imposed around the middle of March and it was getting very long but of course, I could not be bothered. Many managed to get their spouses to cut for them, never mind that it did not look very nice. It did not matter what I looked like – I hardly went out anyway but eventually, it started to get rather hot and uncomfortable. 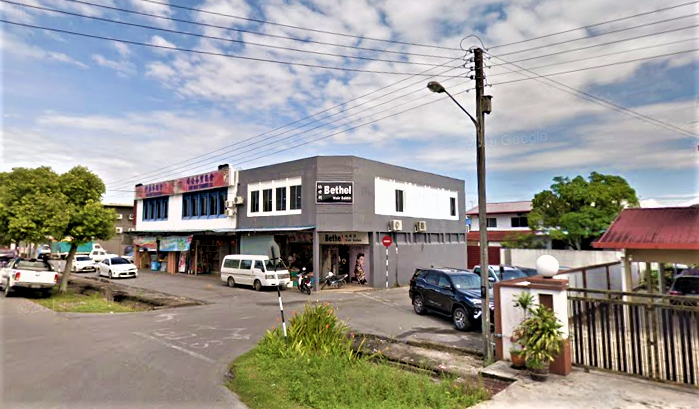 …round the corner from our house and got them to cut hers real short. She has not gone through the trouble of dyeing her hair black so it is now quite white and grey. I’ve noticed a lot of people in the same boat walking around.

I don’t know why the hair salon, right next to the food and fruit shop in that next lane that I frequent regularly, is thus named. If I am not mistaken, it has some religious connotation – perhaps they belong to that church. I am quite sure there is a Christian denomination here by that same name as I’ve seen people sharing links to their online worship services on Facebook. Anyway, there is nothing in the shop that will indicate any connection of any kind whatsoever – it is just like any other hair salon.

I did go there once, before COVID-19, because I saw the guy standing outside and he seemed very free so I could get him to do it right away. It turned out that he was rather meticulous and careful and he took a mighty long time to cut my hair, the little that I had left. After that, his wife did the hair shampoo for me and yes, she was very good though she was very small/petite and did not look very strong. LOL!!!

My girl and the mum also said that the guy will take a long time- I guess that’s his style, the way he works.

Well, it has been over two months now since my haircut (elsewhere) and it was getting very long so I decided I would just go there as it was so very convenient, so near my house. When I got there, the boss was cutting somebody else’s hair so this young and handsome boy… 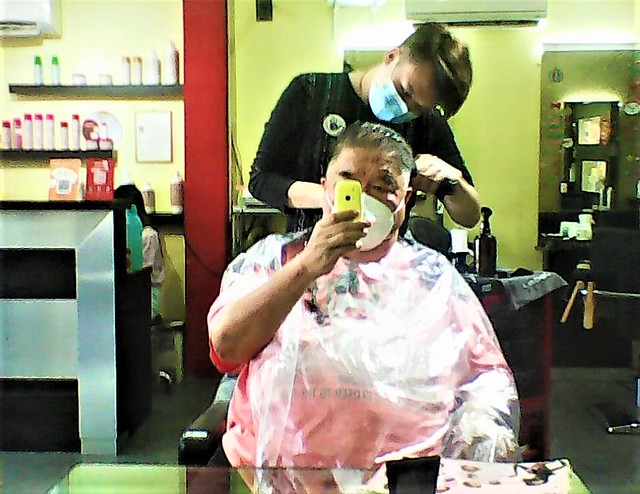 …did mine for me. By the time we were done, the boss was still at it!

I wanted to wash my hair but the people there could only speak Mandarin and I was not sure if it was allowed or not so I decided to give it a miss. They did rinse my hair a bit after it was done though.

Well, my hair is very short now. That cut cost me RM18.00. I suppose that should stretch till October at least before I shall have to go again.