If you are coming from town along Jalan Dr. Wong Soon Kai and you turn left into the lane immediately after Delta Mall, the one before Jalan Gambir, heading towards Lorong Taman Seduan 8, this coffee shop… 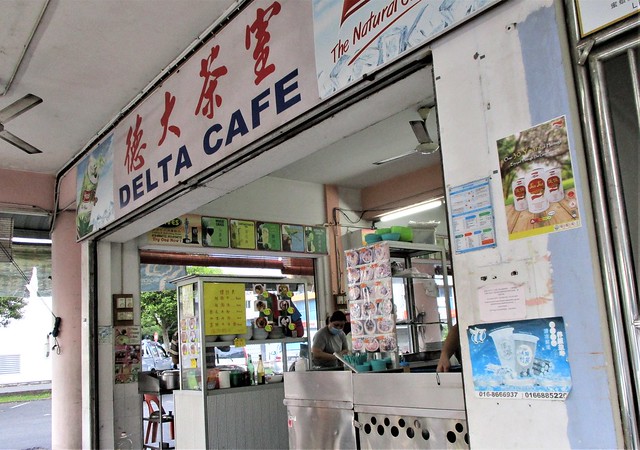 …is the first one in the block to your right.

If I remember correctly, it was once named Delicious and this one was Delta but for reasons unknown, this one became Delicious… 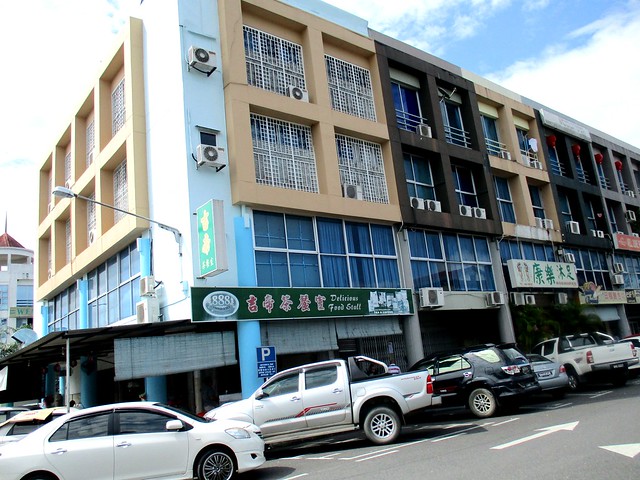 …and still is thus named to this very day and that one has been called Delta since.

All this while, there was a kampua mee stall in front and I think there was a chu char (cook & fry) stall at the back but I never stopped by to try and now, there is another stall, to the left in the above photograph, as well.

That morning, I went to the kampua mee stall and the lady asked me if I wanted the kay liao (added ingredients) plate of noodles. I saw the price – RM4.10, RM1.10 more than most of the regular kampua mee around town and I did spot an egg in the photograph so I decided I would give it a try.

When it was served… 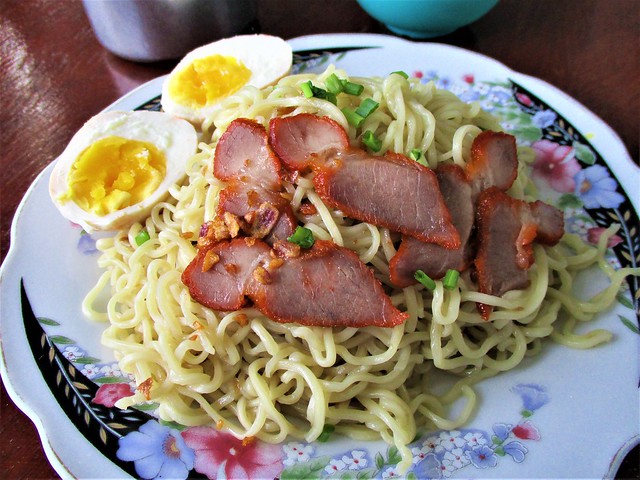 …I must say that I was a little disappointed as there was nothing else other than the egg. Thankfully, the noodles tasted all right, not the best nor the worse but I would not mind stopping by to eat this if I happen to be around there and no, you would not see me going out of my way for it.

The char siew was nicer than the usual boiled meat coloured red at a lot of places but nowhere near what I would regard as really nice char siew and of course, the egg was…like an egg. Incidentally, if you are cutting a hardboiled egg into halves and would like  a clean cut, use a string/thread – do not use a knife as the egg will end up looking like what you see in the above photograph.

I may drop by again one of these days to see what that other stall or the one at the back has to offer. Who knows, I may stumble upon something good.