We dropped by here for lunch last week because my girl wanted their mui choy stewed pork belly/梅菜焖猪肉 (RM15.00)… 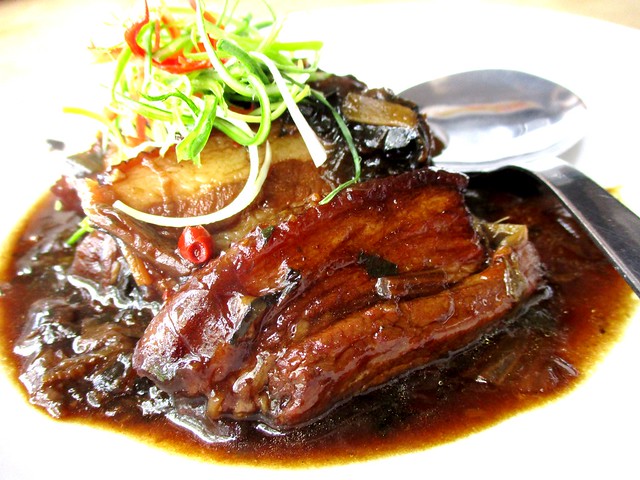 …that she likes a lot.

We used to frequent this place quite a bit until the guy moved to a bigger place with an air-conditioned 1st floor elsewhere and opened another outlet in another part of town. The latter had since closed down – as for the former, I think it is still there though I am not too sure as to whether it is still as popular and crowded as when it first opened or not.

Eventually, I heard that somebody took over the cooking here, the brother or cousin or some relative of the previous guy, I’m not too sure so food would be available like before and they would be serving those same dishes that we used to enjoy a lot here. When we went there that afternoon, the faces of the people sure looked familiar and from their knowing looks/smiles, I could tell that they could remember me too.

For our vegetable dish, we had their cangkok manis fried with egg (RM8.00)… 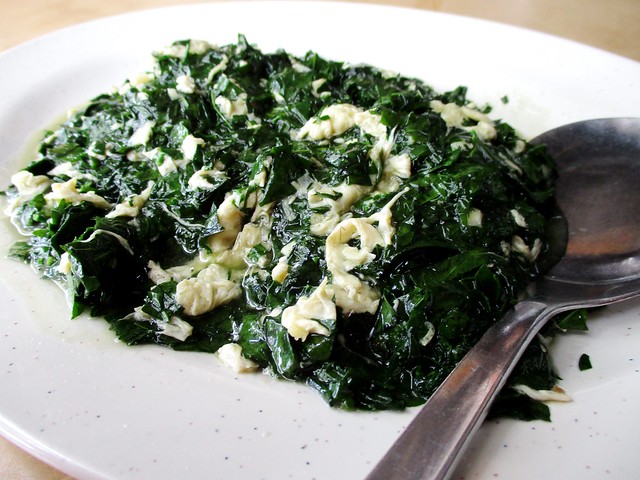 …and I could see from their display board that they had ikan lajong, a fish that we actually like a lot. However, I was reluctant to order it because the last time I had that at the other place, they served us one HUGE slab, enough for a table of 10 in a regular Chinese banquet and charged us over RM60.00 for it. Honestly, I was quite pissed off by that!

In the end, I relented because the lady taking our orders insisted that they would not do anything of the sort – instead, there would be two small slices, just enough for the three of us and that was exactly what we got, steamed (RM28.00)… 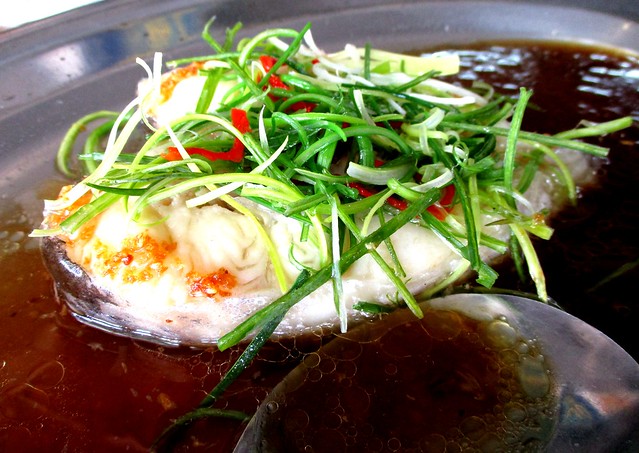 It was very nice and we sure enjoyed it a lot. No, it was not all that cheap but considering how nice it was, I would say it was indeed value for money and besides, it was half the price of the two slices of deep-fried cod (RM56.00) that we had here.

That was a delightful lunch and yes, we would most certainly come back here again soon.