Last Friday, we went to pick our girl after school to go to the bank to deal with some business there. Once we were done, I insisted on going to some place nice for a really nice lunch so we ended up here at this restaurant that is as nice as its name.

We wanted fish and settled upon snow fish… 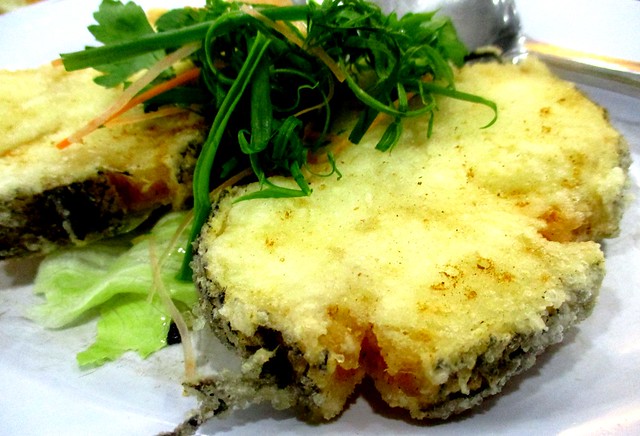 …also known among the people here as Alaska fish or 鱈魚 in Mandarin which is, in fact, cod. My missus said it would be very expensive as one slice at the frozen foods stores would cost over RM20.00 each and we got two slices but as far as I was concerned, I thought it was perfectly all right as we would not be eating it all that often and besides, my girl enjoys it very much, just like how she loves the just-as-expensive salmon.

For our vegetable dish, my girl wanted the fried bitter gourd with egg… 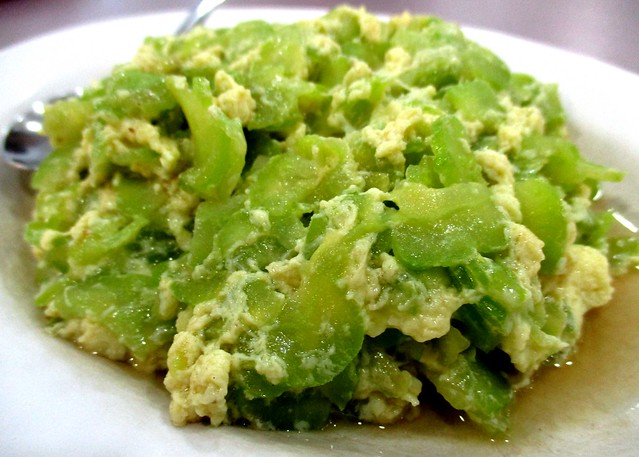 …but the photo turned out blur as it was not very bright at our table – we did not have much of a choice as there were a lot of people and most of the tables were occupied and we had to take one further inside. Yes, this place is indeed very popular, the favourite of many in town.

We had the ang sio tau hu, their own-made tofu, braised… 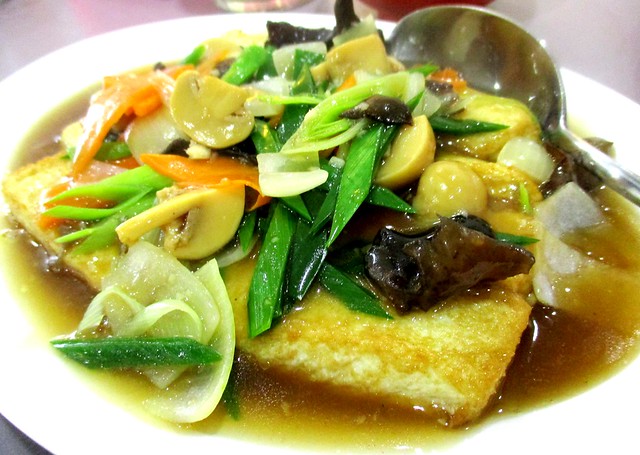 …too and we asked for the meat to be left out. Usually, there would be some bits of chicken in it.

My girl wanted the salad prawns… 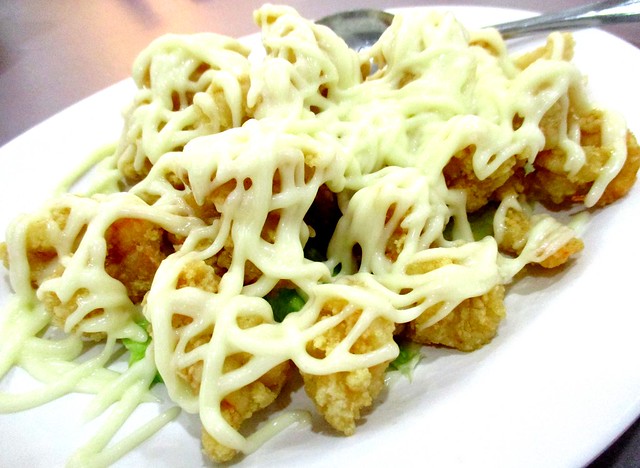 …which was just deep fried prawns with mayonnaise but it was nice and she loved it.

No, it was not cheap, our lunch that day but that was because of the two pieces of cod. That dish was, in total, RM56.00!!! The other dishes were pretty usual as far as their prices went and all in all, I paid RM96.00 for the four dishes plus the rice and the drinks.