My cousin flew into town on a lightning visit before heading to Miri to visit her brother and family there after which she would head home to Brisbane, Australia.

Prior to this, she went on a pilgrimage to Lourdes in France and also to Fatima in Portugal and she brought me this fridge magnet… 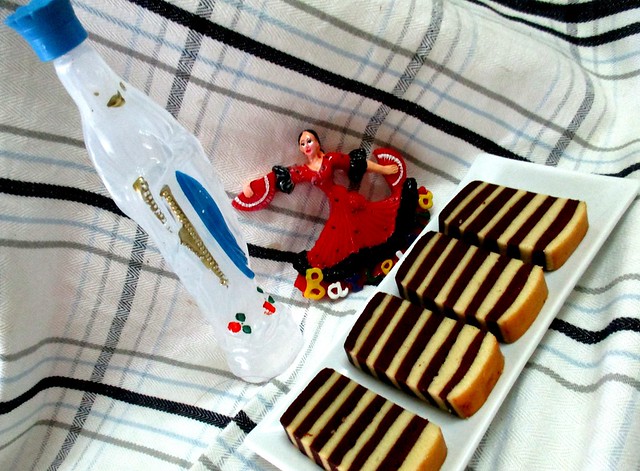 …from Spain – a Spanish dancer doing the flamenco and also the holy water from Lourdes and the Sarawak kek lapis (layer cake) from Kuching where she stopped for a couple of days before coming to Sibu.

Unfortunately, she arrived late on Saturday night as her flight was delayed and the next day, Sunday, we had to send our girl back to her school in the jungle so we could not get to go and see her till evening that day to pass her the kampua survival kit that I got for her and also to take her out for dinner.

Well, she grew up here so she had no problem at all keeping herself occupied. She said that she managed to go and eat the kampua mee and piansip here and she even went to the Sibu Central Market for the Ah John rojak and she went all over town to stock up on her supplies to bring back to Australia, like the pek ting eyok (eight treasures), for instance…and she kept saying how cheap things are here. Hmmm!!!

We took her here for dinner that night and I ordered one of their signature dishes, the chicken satay (RM9.00, RM3 per stick)… 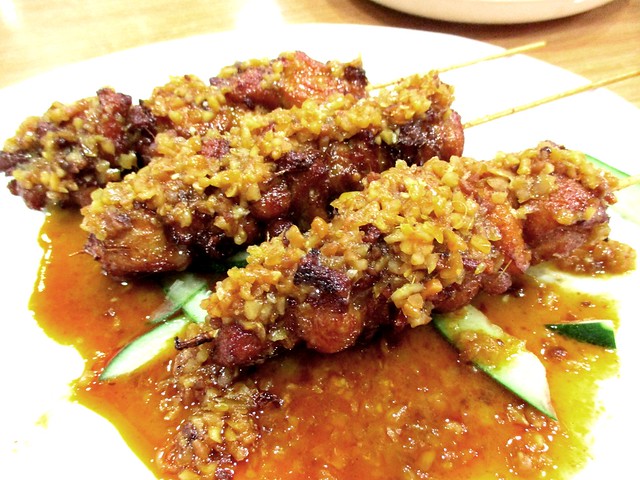 No, I did not order extra as since they were quite big, not the regular satay size, I reckoned just one stick for each of us would be enough.

I wanted the Foochow fried noodles but was duly informed that they did not serve it here or at least that was what I understood from the mono-lingual Mandarin-speaking waitress taking our orders. My cousin seemed very keen on having that and was rather disappointed – she probably had not had it for a while now. I did hear that they did have that when they were at their former location and theirs was very good but I never got to give it a try.

Other than the satay, we had this stewed pork belly with mui choy (梅菜/preserved mustard green), RM18.00… 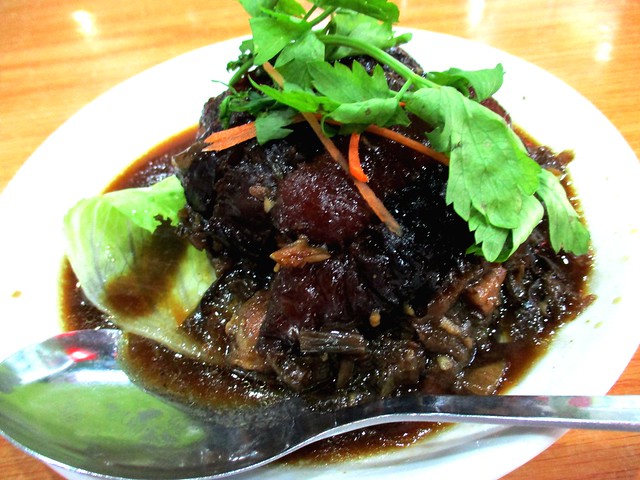 …which my girl loved a lot but no, she can’t eat that anymore as there is soy sauce in it so it is not gluten-free.

I asked for some mantao (steamed buns) to stuff the slices of meat in and eat but I was told that for that, I would have to order their regular stewed pork belly, not this version with the mui choy…and since I just had that two nights ago, I decided I could do without the mantao then and stuck to my original order.

Personally, I was of the opinion that the serving was rather huge for three persons – three slices would be enough but I think there were six at least and since my two lady companions had a slice each, no prize for guessing who had to eat all the rest! It wouldn’t have been so bad if we had not ordered anything else…or if everyone had two slices each. 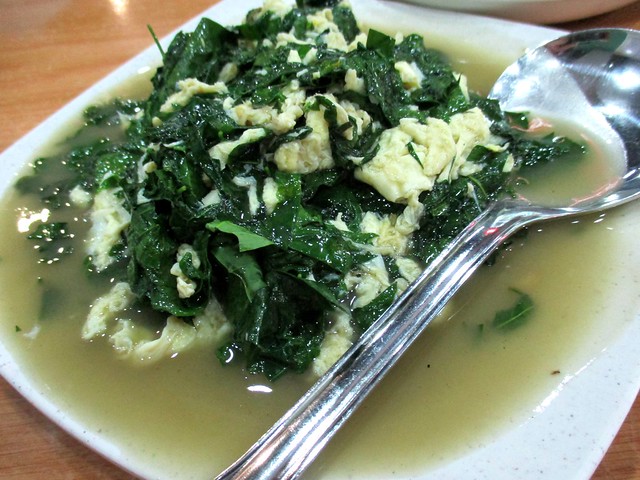 …was over-watery, swimming/drowning (*delete as applicable) in the sauce/gravy and not as dry as elsewhere, but it was nice and we enjoyed it.

We always liked their steamed lajong when they were at their former location so I ordered that for my cousin to enjoy, Teochew-style… 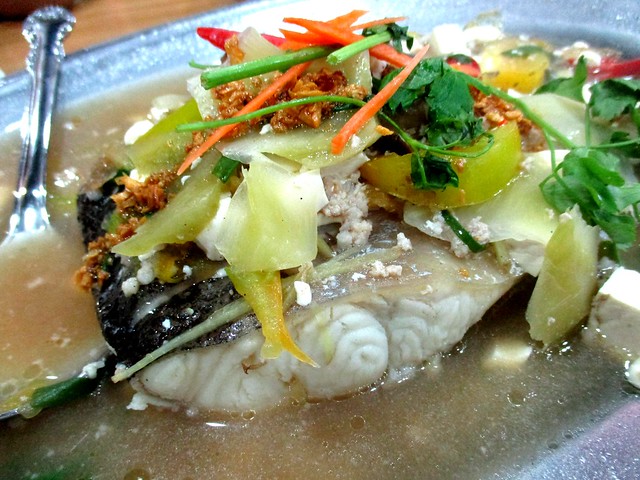 …with the salted vegetables, sour plum, tofu and all. They sure would not be able to find this very nice fish Down Under, that’s for sure and yes, they did it really well.

However, it took a very long time coming, so long that I was wondering if they had missed it out or forgotten all about it and I was contemplating on cancelling the order as we were already so full. Finally, when it made its grand appearance, I was stunned – the slab of fish was gigantic.!!! I think that would be enough for a table of 10 at a regular Chinese banquet so it was a struggle for us to finish all of it.

Now, that, of course, did not come cheap and I had to fork out RM62.00 for it – they could have given us a slab half the size at half the price, like what we used to get and what I used to pay in the past. The bill in total just made it past RM100, inclusive of rice and drinks  so I guess that was why we got this complimentary plate of watermelon… 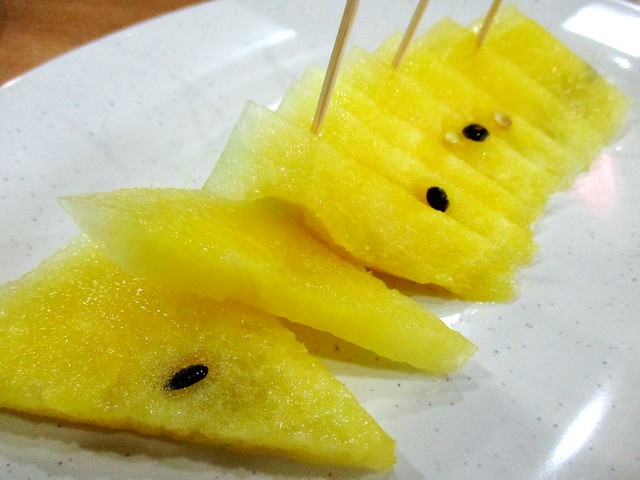 No, we did not qualify for the free ice cream, not unless the bill had gone up to over RM200.00.

It was nice seeing my cousin again – I sure hope she enjoyed what I had ordered for our dinner that night and thank you so much for the gifts.

THE NEW DRAGON SEAFOOD RESTAURANT (2.291430, 111.828736) is located along Hua Kiew Road in the first block of shops on your right behind the Sibu Central Police Station.