Last Saturday, Christina, my ex-student in my English tuition class, now a TESL grad and an English teacher in her own right, went all the way to Sarikei to be the one of the bridesmaids at her friend’s wedding.

While she was there, she remembered that I went looking for the Sarikei steamed paos (buns) which, according to the Youtube video that featured it, would be available at a supermarket here but no, I did not manage to get hold of any despite having gone there a few times. Now, that thoughtful girl took it upon herself to go looking for them there and bring them all the way here…just for me.

She got me the meat (char siew) buns… 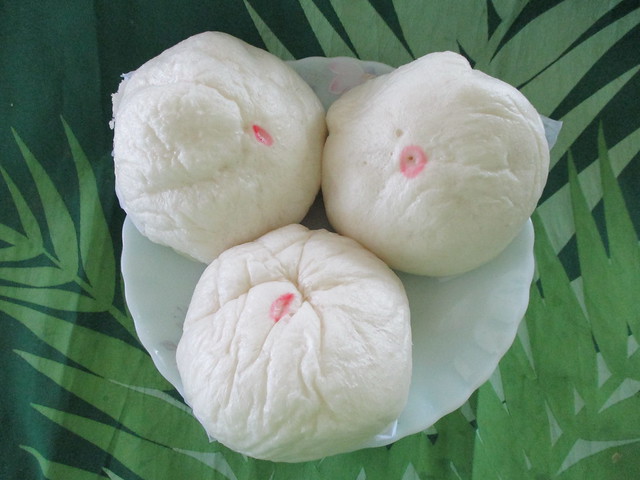 …which were nice but the filling did not taste like char siew as we know it.

It had a taste of its own… 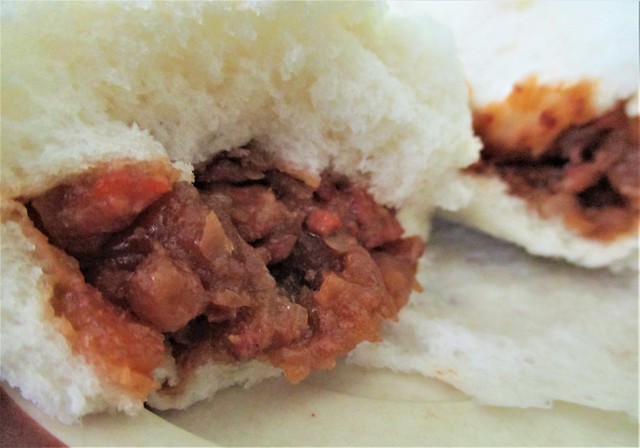 …and I think I could make out a hint of some Chinese wine or something like that. What I particularly liked was how the meat was in chunks, not minced meat used to cook and make the filling or worse, those where they use minced meat to make meat balls and stuff those in the paos. When you bite into the bun, there is the likelihood of the meatball rolling out and dropping onto the table…or worse, the floor, leaving you with just the skin in your hand.

Christina also bought me their signature buns, what the lady in the video clip said were their kaya butter buns… 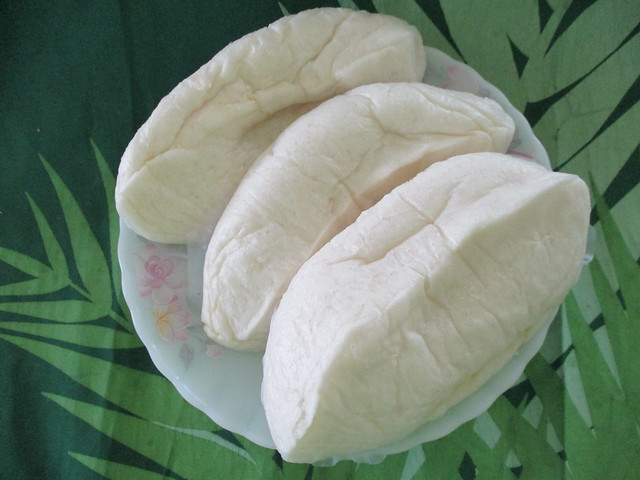 Well, I could not taste any kaya but the filling… 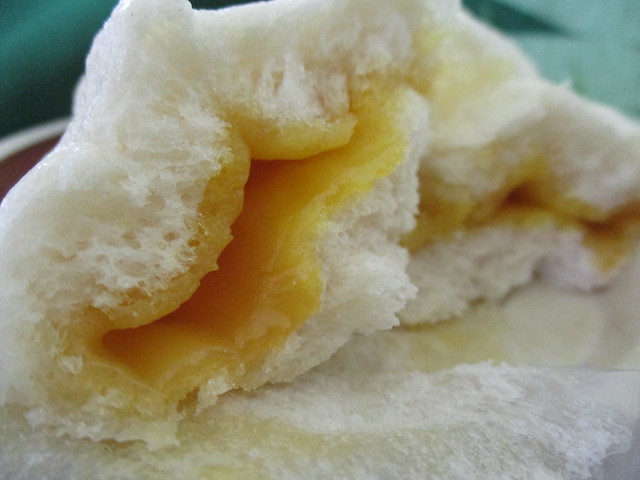 …was very nice. Most people would make something on the dry side, probably a combination of butter and milk, for the filling, and call them butter buns. This one is very much nicer.

Yes, I would say they were nice and one thing that makes them stand out above all the rest, including the ones we have here in Sibu, is the skin, It is so very soft and fluffy, none that we have here comes anywhere near.

Thank you so much, Christina – that was so very sweet of you, indeed!