I saw this video clip on Facebook in which the guy was praising the Sarikei paos (steamed buns) to the skies and I noted that they would be available at a supermarket here. I made my way there the very next day but I saw the pathetic-looking steamer there by the side, EMPTY!

I asked the not-very-friendly young boy at the SOP counter and he grudgingly replied that they had not had any for the past few days already. I asked him when they would be available and he curtly replied, “Tak tahu!” (Dunno!) So kurang ajar! (No manners!)

That is why I hate these big(ger) supermarkets – the people are so impersonal, not amicable and cordial like the nice people I would encounter at my neighbourhood shops. Of course, I was already so put off by the fact that I had wasted my time going all the way for nothing and getting that kind of treatment from those useless buggers, I sure would not be all that keen to go back to that supermarket again.

Anyway, I thought that since I was there already, I might as well stroll over to this coffee shop round the corner to see what they had in store. No, for reasons unknown, they no longer sell pao(s); only their sio bee is still available. I used to love their giant toa pao (big bun) so much – too bad they do not make and sell those anymore. 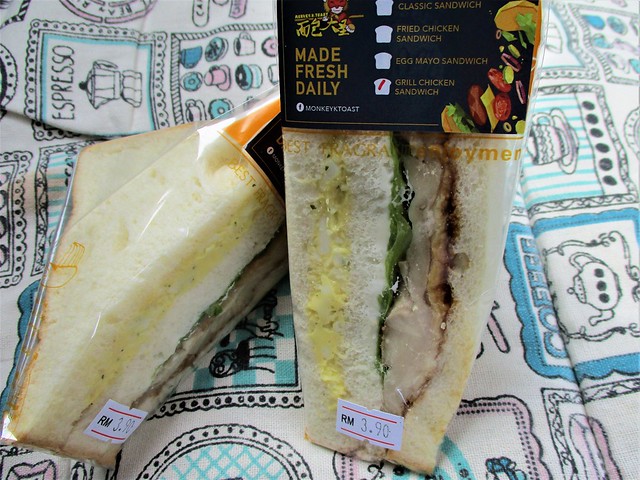 …and I thought that thick piece of grilled chicken… 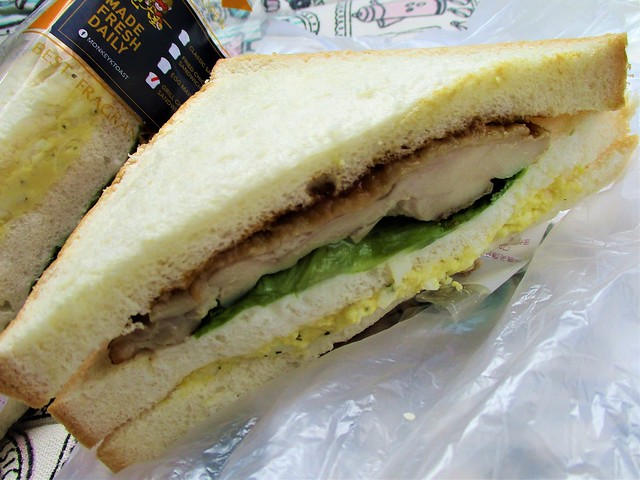 However, I must say I was rather disappointed when I ate it because I did not like the egg and mayo mash – it was kind of sweet, a somewhat peculiar taste. Perhaps it was the mayo they used, dunno what brand that was. If it had been just mashed hardboiled egg, maybe with a bit of butter and cheese, I would have loved it a lot! As it was, I thought it was, at best, quite all right but I could have gone for a plate of kampua mee and enjoyed it a whole lot more and still have change!

I did not ask how much the popiah was but the guy said it was very nice so I grabbed two to try and lived to regret it. The filling was different from mine – no sengkuang/mangkuang, just cabbage, carrot and long bean… 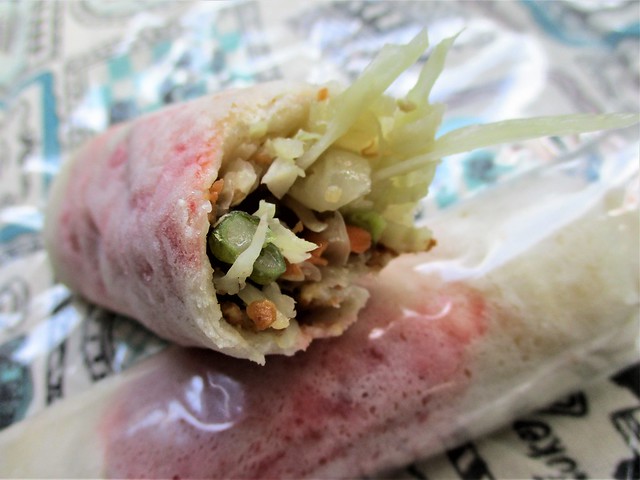 I could detect a hint of the kacang tumbuk (crushed peanut) and no, despite what the man said, it was not spicy at all.

I didn’t ask for the price of the curry puffs… 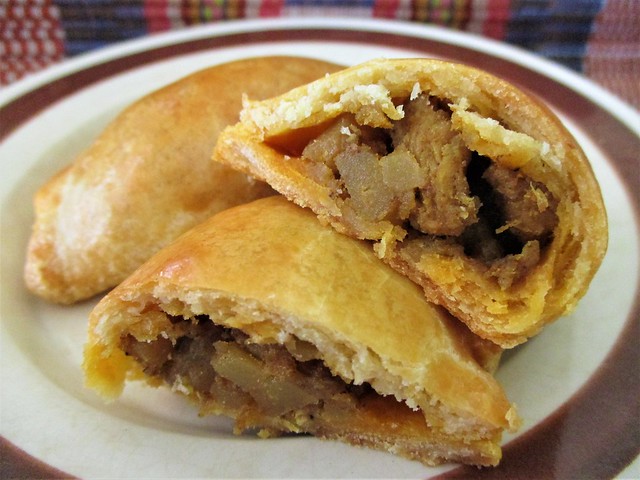 …either – I just grabbed all the three they had left as I thought they looked quite good. The filling was great, very nice but I thought the pastry needed a bit of work. It was quite nice but it could be improved. 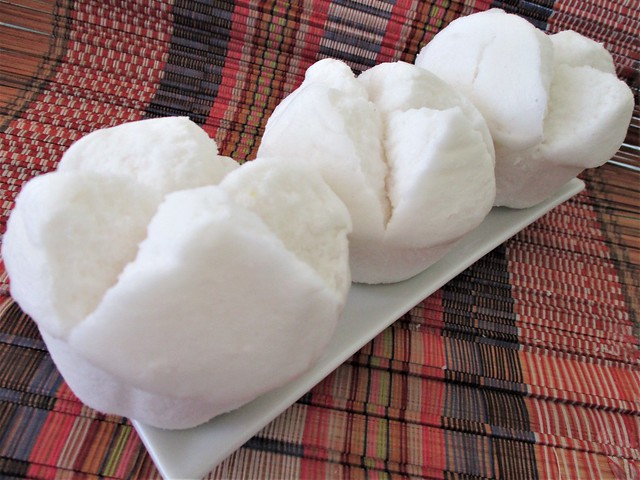 – they were probably 10 sen each in my childhood days and a whole lot bigger and nicer. I like to steam these and apply butter on them while piping hot and popping them into the mouth as the butter melts – that is so good! For one thing, I notice that the ones these days are way too fine, probably the result of the use of machines/appliances. Needless to say, the ones way back then were so much better.

They had a whole lot of other things for sale at this coffee shop but those would have to wait till the next time I pass by there again.

LOK MING YUEN CAFE (2.293215, 111.836281) is located along Lorong Chiew Siik Hiong 1 in the Fortune Commercial Centre, behind Rejang Medical Centre. Across the lane from its back entrance is Sushi Tie, the Japanese Restaurant.

8 thoughts on “Waste my time…”