I saw some factory-made kelupis in the frozen section at a supermarket, one regular and one with sambal, nicely wrapped in its tastefully-designed plastic wrapper but I was quite reluctant to buy. I might as well head to the kampung Malay stalls and grab some freshly-made ones from there. 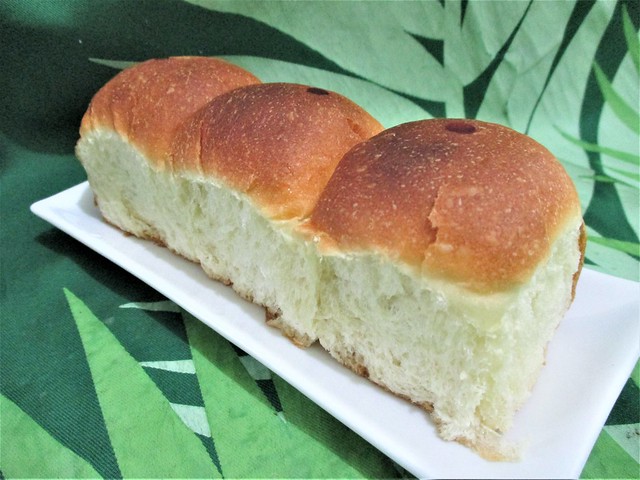 They looked so old school that I could resist grabbing two rows to take home and try. If I am not wrong, they are called roti paun though I can’t understand why as each bun does not weigh a pound, that’s for sure.

The guy said they were home-made, not from a shop or a factory. He said the guy attended a course and after that, he began to make them on a regular basis for sale. I did hear of this thing going on among the Malay community here – they conduct special courses on all kinds of skills e.g. making noodles and steamed dumplings, tying and making chang, making bread and so on and so forth. That is something very good and the other communities should follow suit so those folks at home can do something to help make ends meet.

There were two types of filling – the guy said kelapa (coconut) and kacang. I imagined the latter to be crushed peanut with a sprinkling of sugar but no, it turned out to be or tao sar (black/red bean paste)… 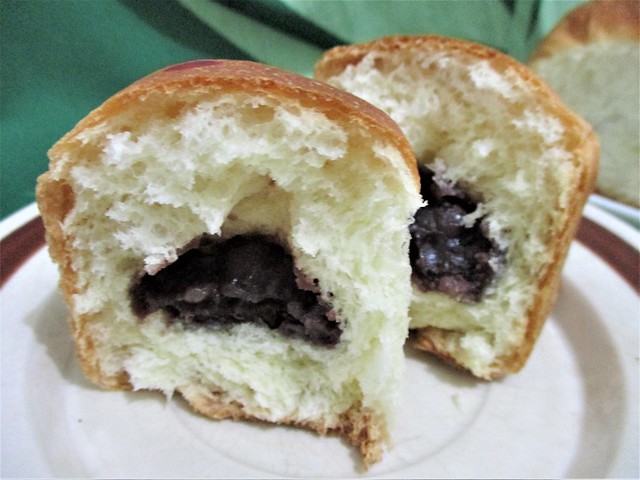 Well, I am fine with that but my missus gets giddy when she eats that so she would not touch anything with that kind of filling! I must say the bun was very nice, the texture was so soft and cushiony. just perfect and the bean paste filling was nice too, not sweet. I sure would not mind buying them again the next time I see any at the stall. 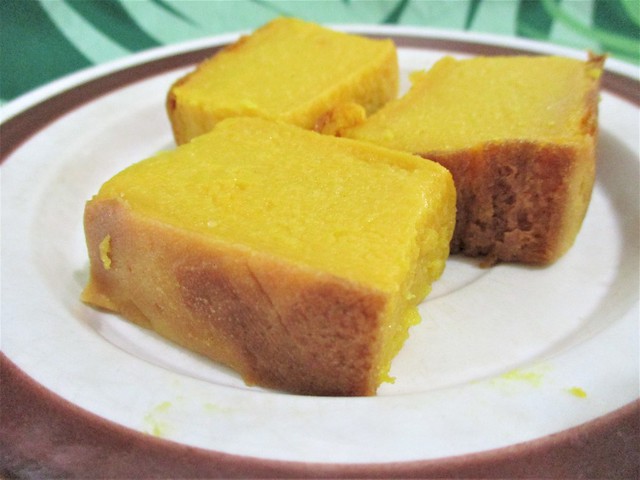 They were very nice and I used to buy for my mum when she was still around. She certainly enjoyed them very much. However, when I tried them, I felt they were somewhat disappointing, kurang lemak and a little bit too firm. I don’t think I will buy these again in future.

When I was done here, I adjourned to my regular Malay kuih stall at Bandong and there too, I saw that there was not a single pulut panggang or anything made from pulut. I asked the sweet lady boss if there was currently a pulut shortage or something but she said no, there was pulut panggang the day before and all other days as well.

I was a little late so most of things were sold out. I picked up two packets of these cucur bubuk (4 for RM1.00)… 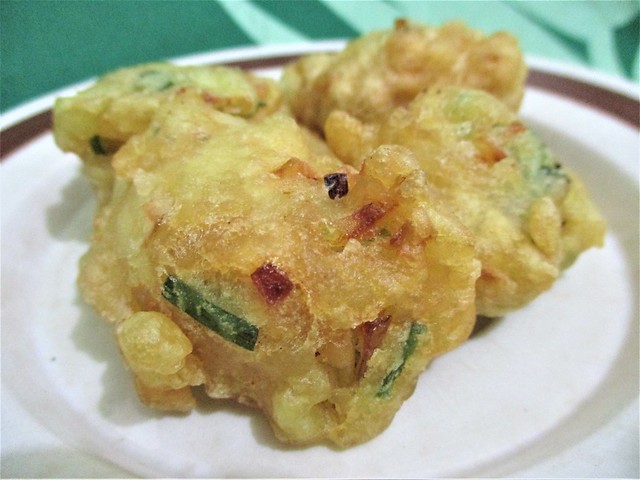 …and yes, they were very nice. I’m sure they would be much nicer piping home from the wok but I was too lazy to heat them up even so I just ate them like that.

One last stop before I headed home that morning and that was at our neighbourhood fruit and food shop. I bought the fish burgers there that day, RM10 for a pack of 3 and we all thought they were really good. I saw that they had those again but sold singly at RM3.50 each but if I were to buy three, I would be able to get them for RM10.00, still the same.

When I blogged about them that day, I said that I loved the buns, much nicer than those used by the celebrated fast food franchises and this time around, upon closer scrutiny, I realised that they had used chu nu miang… 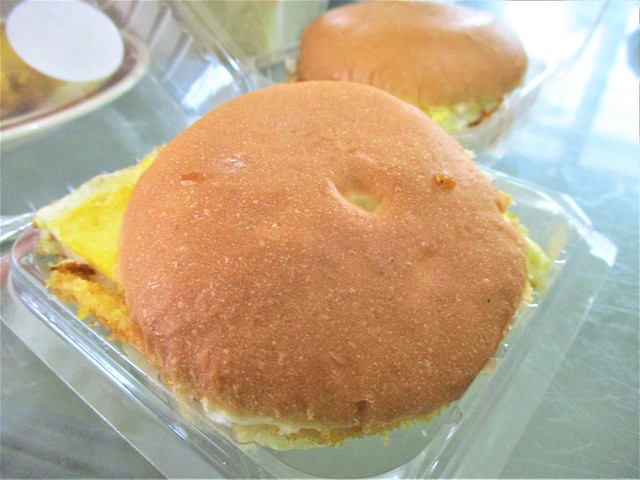 …instead, the softer and slightly sweet version of the kompia. I believe they make there own – those have shrunk in size and are so thin and flat now that it would be quite impossible to cut a slit in them to make burgers! I think I did see them sold separately in packs of 5 but I did not ask how much they were selling them for.

That certainly was a morning well spent, shuttling between here and there in the early morning, not so many people out and about, and I was delighted that I did manage to pick up a few nice things of our breakfast and also our tea that day.