I’ve been here a couple of times for the mee sua, one of my favourites in town and another time for dinner…and I did drop by once for the lor mee from the kampua noodles stall in front.

I stopped by a few times on my way home after dropping off my girl at school at around 7, before 8 or so but the shop would be open, the stall too. just that somebody there would tell me that the boss had gone marketing and had not come back yet so no, there would not be anything for me to eat. It really pisses me off as to why he cannot do that earlier.

Well, that morning, it was much later when I drove past, around 9.00 a.m. so I decided to stop by there for a bite to eat. I opted for this set of kampua mee with stewed pork slices and meatball soup (RM5.50)… 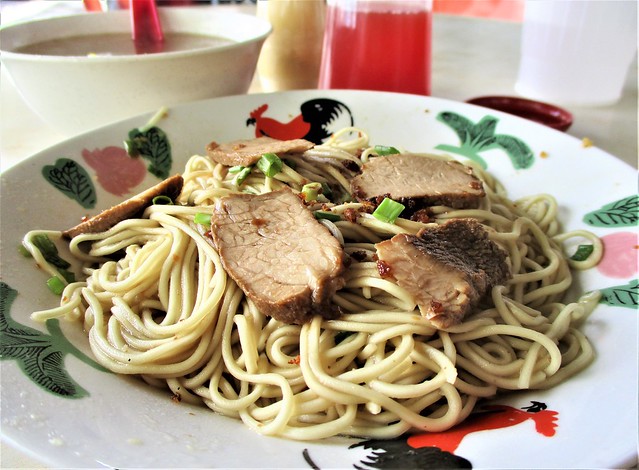 I think these sets are usually RM6.00 at most places but I did see on their menu that if you pair the noodles with gu tor (beef tripe) or too kua (pork liver) soup, you will have to fork out RM6.30 per set. A regular plate of kampua mee is RM3.00 here, same as most of the rest. 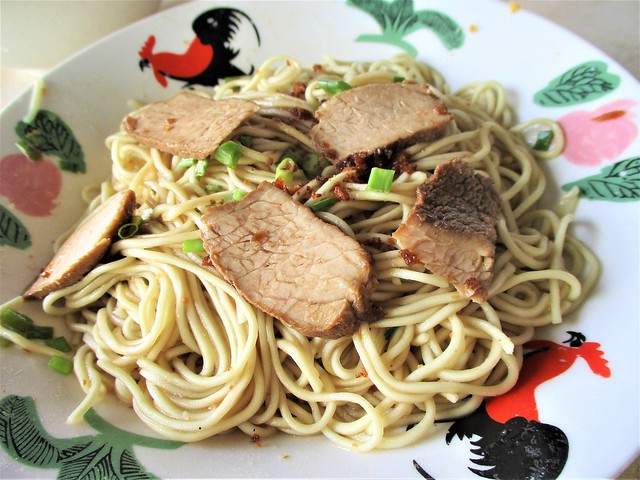 …was very good and I loved that the guy used stewed pork unlike many other places where they would give you paper thin slices of boiled pork coloured red in the hope that it would look like char siew.

The meatball soup, however… 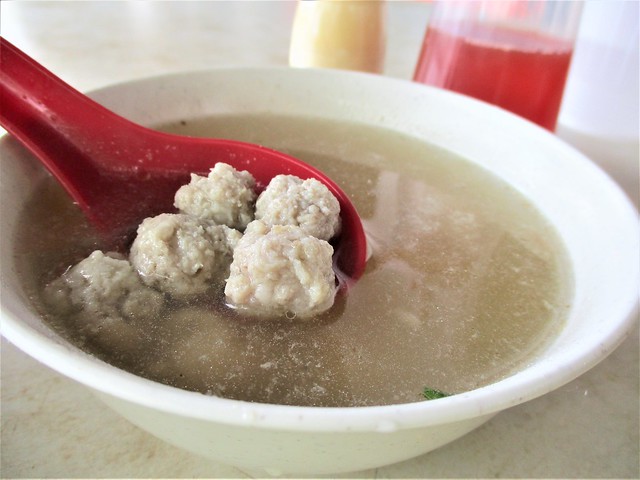 …paled in comparison with the old lady’s but of course, she had called it a day and her daughter-in-law or whoever could not do it quite as well as her…nor those ladies employed by her before.

The soup was all right but it just wasn’t thick and rich enough – they would need to simmer the pork bones a lot longer. I noticed that the old lady even cooked the meatballs in the stock/broth and she would fish them out from the huge pot if you wanted the soup. Other than that, he could have been more generous with the spring onion and fried shallots for the much coveted added fragrance and taste. Yes, I was given the traditional Foochow red wine and pepper to add to the soup but no, I would prefer it unadulterated so I could appreciate it for its original taste.

I would not mind going back for the kampua mee but perhaps I would want to try the beef tripe or pork liver soup instead the next time around.

NEW HEE’S FOOD CORNER (2.311365, 111.846638) is located along Jalan Pedada, now Jalan Datuk Wong Soon Kai, the very first one in the block of shops to the left of the Delta Mall, with the Astro Sibu office at the other end of that same block.