You wouldn’t believe what had happened! I deleted all the photographs I took before I had the chance to use them. Now, I only have this one… 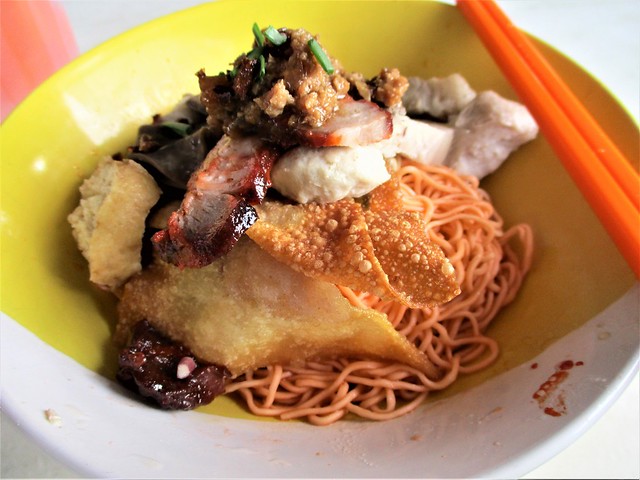 …that I shared on Facebook and actually, it was the one that I liked the least among all that I had taken.

This coffee shop is so out of the way for me on the other side of town. I did try to drop by a few times when I happened to be in those parts of the woods but it was always so crowded and even in those pre-COVID-19 days, I did not quite fancy any place where there were too many people.

Well, early that morning, I had some business to see to at the car workshop across the road so I made my way there a little early to go and check this place out. I couldn’t for the life of me remember what it was that was so good here and everyone was sharing the photographs on Facebook.

I noticed that they had placed the tables at least two metres (6 feet) apart so there was ample space to observe physical distancing. Even at around 8.00  a.m. in the morning, it was full – all the tables were occupied, that is but there were always people leaving so I did not see anybody standing around, waiting.

In the food section on one side (the drinks section and most of the tables were on the other side plus some more all along the corridor outside), there was a stall inside serving all the fried noodles and stuff and next to it was a fried kway teow stall. I saw a photo of a plate with see ham/kerang (cockles) so I asked the guy but he said there was none so I went to the next stall. I think that one was selling pan mee which did not tickle my fancy and directly opposite it was that Sibu franchise selling those chu nu miang (those softer and a little bit sweet version of kompia) burgers. Right in front was a stall selling kampua and kolo mee and whatever else.

I decided to go for what you can see in the above photograph – the kolo mee special (RM7.00). This guy in his Youtube video clip…

…was praising it to the skies. You can click the link and watch but it is all in Mandarin (and a bit of Foochow), no English subtitles.

Yes, I would say that I did enjoy it but no, it was nothing like any kolo mee that I had had before in Kuching or anywhere else. Like what the guy in the video clip said, it was suan suan tian tian (sour sour sweet sweet). I might have eaten kolo mee that was sweet because of the red char siew sauce added but it would not be sour unless I poured in the vinegar in the pickled chili. I loved the fried pian sip (dumplings) and there was REAL char siew and of course, I enjoyed the innards in the special.

I sure would not mind going for it again but only if I happen to be around there. No, I have no intention of going all the way to the other side of town just for this.