I saw these noodles… 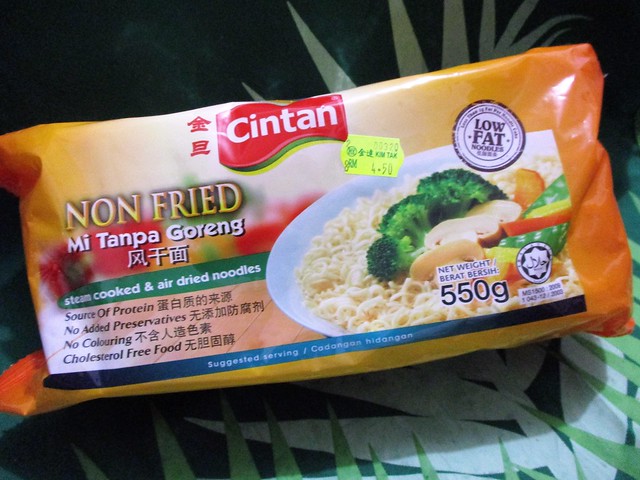 …in somebody’s blog sometime ago and yes, I’ve seen it in a lot in the shops and supermarkets. Obviously, it is very well-marketed.

I can’t remember whose blog that was or how she cooked it and what she thought about it but I went ahead and bought a pack in March at the beginning of the MCO/partial lockdown as I thought if we had nothing else left in the house, we would be able to cook this – there are 10 pieces in a pack… 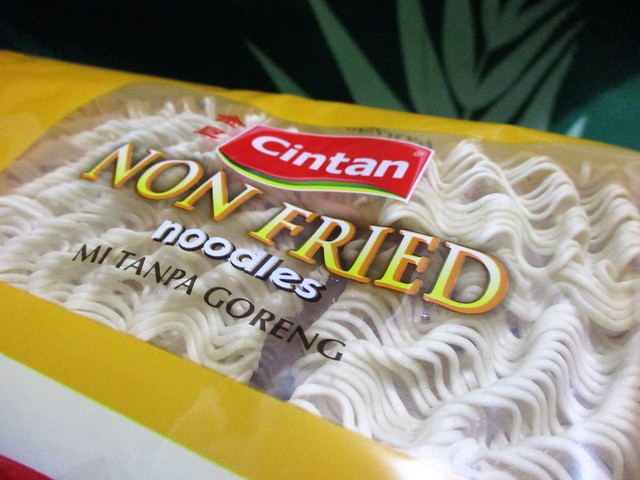 …enough for the 3 of us for 3 meals, at least. Now that the lockdown has eased somewhat, I was thinking that I might as well open the pack to cook and eat to get it out of the way.

I decided to use it to cook my usual Bovril mee so I fried two peeled and thinly-sliced shallots in a bit of oil in a pan till golden brown after which I took them out and used the fragrant oil to toss the noodles. I added all that was left in the old bottle I had in the fridge – no, I have not started using the new bottle yet – plus a bit of dark soy sauce and a pinch of msg. I boiled four pieces of the noodles for 3 minutes, drained it well and tossed it with the aforementioned ingredients. 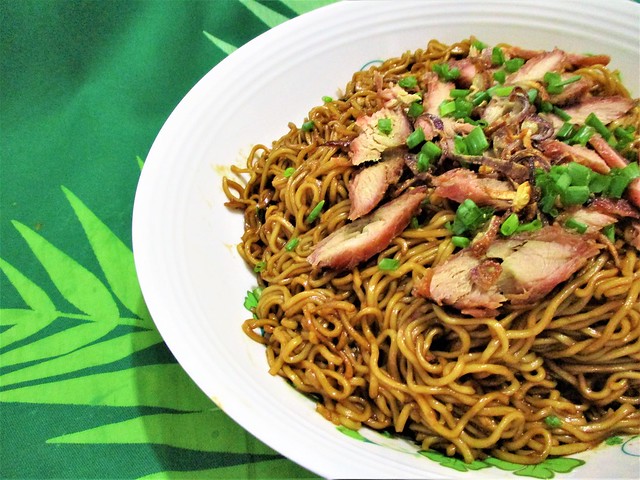 …garnished with the fried shallots and chopped spring onion from my garden.

As we all know, all noodles, instant or otherwise, may vary in taste and texture and I felt that this one too isn’t quite the same as the rest. Yes, it was quite nice but no, I was not all that thrilled by it. It reminded me of some made-in-China so-called “Hong Kong Noodles” that I bought a long time ago. Personally, I would prefer our own mee sua or dried kampua noodles or kolo mee or even our mee sanggul (mee kua).

I still have six pieces left and I intend to cook it some other way – who knows it may be very much nicer. We’ll see!

9 thoughts on “Not thrilled…”