I got a message from my ol’ friend the other morning asking me if I could join him for coffee – he was back in Sarikei for Ching Ming and dropped by Sibu in the few days he had left before going back to work in our neighbouring country. I asked him for his location and since he was just a stone’s throw away, I suggested that we could meet up here.

I expected him to be there by the time I arrived as I had to make my way there from home and he was so close by but when I got there, he was nowhere to be seen. I waited for a while before getting in touch with him. Apparently, he had lost his way as he was trying to locate the place using Google Maps and it led him to a very congested part of the town centre. I did give him the directions briefly but I guess people these days tend to depend more on their smartphones to get around.

Well, after some fresh instructions from me, he made his way to where I was. I told him that I had the kampua mee kosong (no meat) with a bowl of liver soup once and I quite enjoyed them and yes, he wanted the kampua mee… 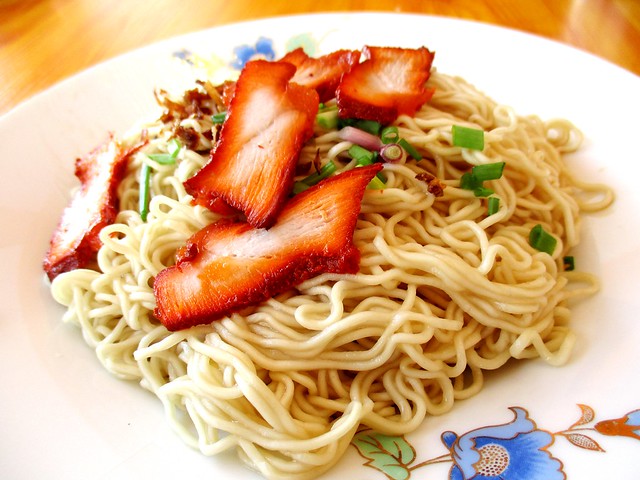 He enjoyed it very much and according to him, the kampua mee here in Sibu is quite different from the ones in Sarikei. I, for one, was kind of put off by the red colour of the meat plus the plate was actually quite badly chipped but since my friend did not seem to mind, I just kept quiet.

At least, my order came in a special “personalised” plate… 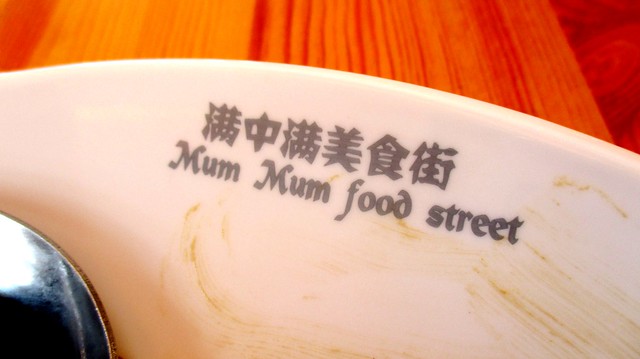 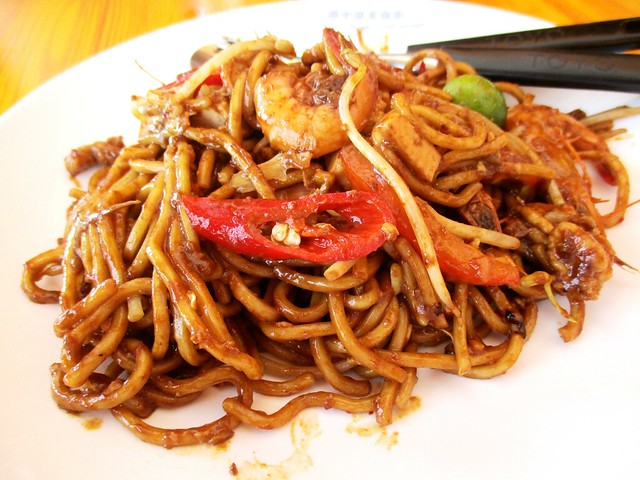 …from another stall there and yes, it was good but I did not think there was anything that would put it a cut above the rest elsewhere in town. I guess it was pricier, RM6.00, mind you, because of the prawns and though they were nice and fresh, I am not all that fond of these supposedly cheaper hard shell ones.

We had a lovely time chatting catching up with one another’s lives but where the food was concerned, it certainly would take a lot more than that to get me coming back for more.

MUM MUM FOOD STREET (2.290923, 111.821227) is located along Lorong Lau King Howe 1, a few doors before the Bakemore Bakery and the hotel that are located back to back with this coffee place. Lim Teh & the Waterfront Apartments (our Sibu Twin Towers) are right around the corner.