Last Friday, we drove to our girl’s school in the jungle as usual to pick her up and bring her home for the weekend. On our way back to town, I felt something unusual like a draft blowing through the undercarriage of the car and after a while, it felt like I had a punctured tyre so we stopped to have a look. True enough, it was as flat as a pancake… 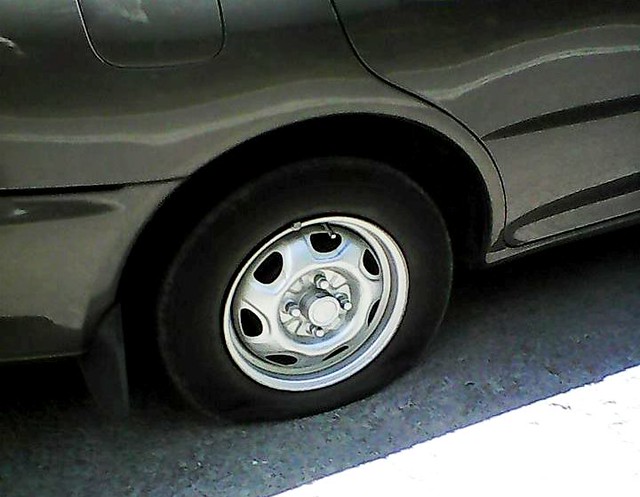 I called the workshop boss and asked him to come and help with specific instructions to bring their own equipment. My spare tyre in the boot was fine – I checked the pressure all the time whenever I checked all the four wheels prior to our drive all the way to my girl’s school and back. However, the jack and what not had gone all rusty as I had never used them all these twenty over years ever since I bought my car and I did try it once not too long ago and it would neither go up nor down.

In the meantime, a young and handsome Malay guy in army uniform came on a motorbike and he said he could help to change the wheel. That was so very nice of him! I told him the equipment I had could not be used and anyway, I had sent for people to come and they were on the way so he turned back and went back the way he came from. I am not sure if he came from the army camp not too far away along that road but it got me wondering as to how he came to know there were people in distress at that point in time. A God-send angel coming to our aid?

Well, the guys from the workshop showed up in around half an hour and they did what they had to do and I told them to take the wheel back, get the tyre replaced and I would drop by the next morning so they could put it back and the spare tyre could go back into the boot.

They did say that the tyre had long expired and the one on the other side (back) as well and the spare tyre was even older. I decided to go and change all the tyres to brand new ones even though the guy at the tyre shop kept saying that the ones in front were still all right. I asked him how long a tyre would be good for and he said around three years – the ones in front were from 2016 and despite what he said, I insisted that he changed the two as well. Safety sure has no price, I’m sure everyone would agree with me on this.

Thinking that all that would cost a bundle, I drove to town after it was all done to get some cash to pay the workshop boss – I did all the dealings through the guy. While I was at it, I felt a little hungry so I stopped by here, at the junction of Brooke Drive and Kpg Nyabor Road…

…for a bite to eat. The chu char (cook & fry) stall here does not sell noodles, just rice and dishes so I thought I could just have a plate/bowl of kampua mee from the stall in front.

I saw the guy frying something so I asked him what it was. He said it was fried tang hoon (glass noodles) and I told him I wanted that (RM4.00)… 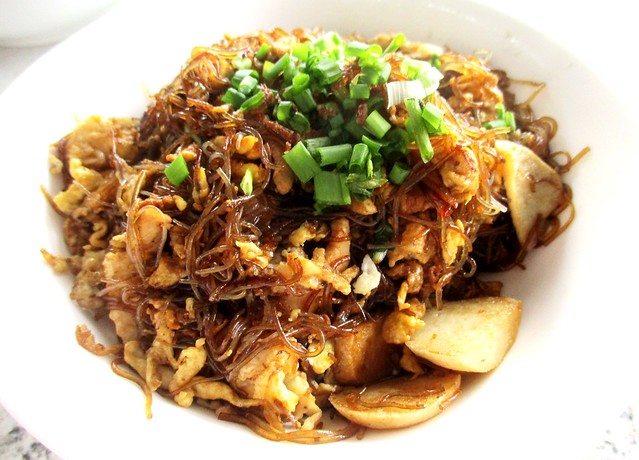 …It was all right, quite plain with nothing much more than some fish balls slices and a lot of egg but it was pretty ok with the chili sauce provided. 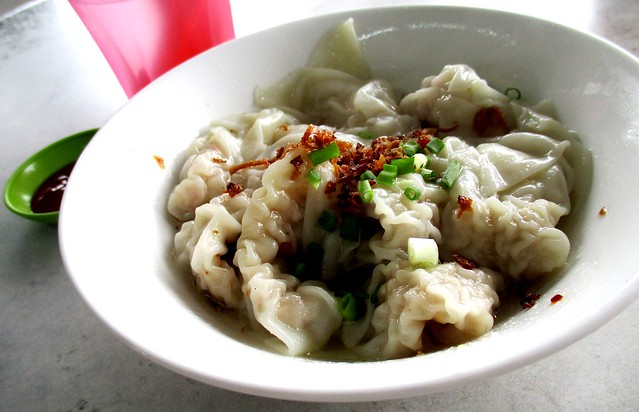 …and this, I would say, was good, as good as any of the good ones I have had around town.

After having had my fill, I went back to the workshop to pay the boss – he was not around earlier as I was real early but a few of his workers were already there and were able to handle all the dealings for me except that they did not know how much I would have to pay. Much to my surprise, the boss asked me for only RM600…for 5 tyres and the SOS service the day before (and that was quite far from town, around 10 miles). I paid and went home, still puzzled as to why it was so cheap. If it had been for the tyres alone, that would be RM120 each – no tyres can be that cheap these days, no way.

When I got home, the boss called me and said that he had charged me for 4 tyres only instead of 5 and when I asked him, he said it would be over a hundred more. I had not gone back to pay him at the time of writing but I still think it was rather cheap and with the great service, I certainly would not want to go elsewhere…ever.

SYARIKAT KIONG CHUONG CAFE (2.291062, 111.827381) is located along Jalan Kampung Nyabor at the bend where one turns left or right when coming from Brooke Drive, a stone’s throw from Malaysia Hotel in the next block.