I dropped by here early one morning to buy the beef pies and since I was in the vicinity, I thought I would just hop over to this place to see what else they had in store. 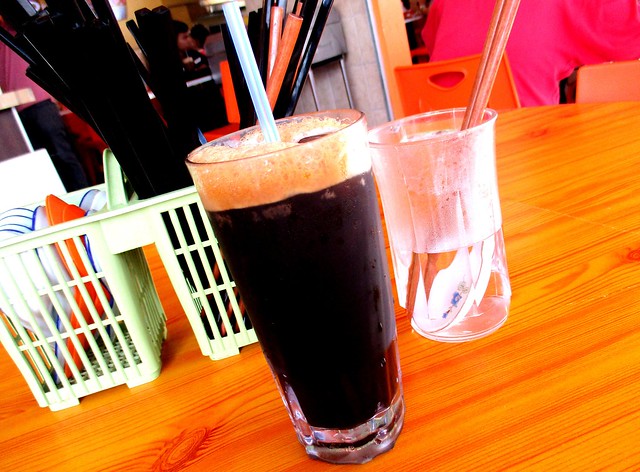 …was RM1.80, like many places around town though there are some that are cheaper. The last time I was here, I ordered the same thing but got the drink without the ice – that should have been cheaper but no, I was asked to pay RM1.80 for that too. I guess somebody made a mistake somewhere along the line, teething problems, so to speak but it looked like they had ironed things out now, hopefully.

All the stalls were in full swing this time around and I went and ordered the Penang char kway teow (fried flat rice noodles) with cockles only to be told that they were out of cockles but I went ahead anyway as it did look very nice in the photograph on display. 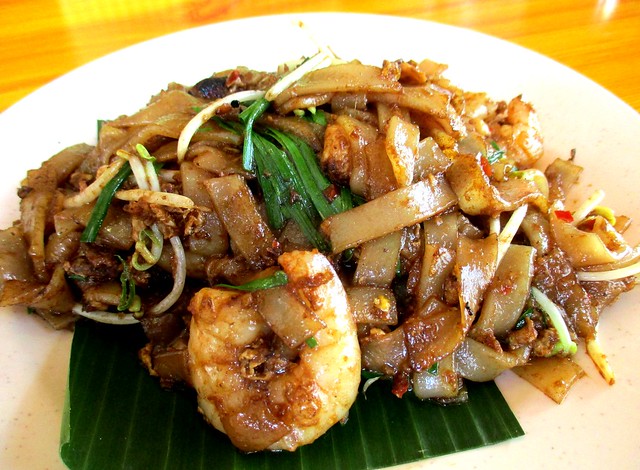 It did look very good and there were some big prawns in it.

I tried the noodles and it sure swept me off my feet. I would say it was so very nice, bursting with flavours and very spicy too. There were tiny bits of lap cheang (Chinese sausage), barely visible to the naked eye but it did not matter one bit to me as I loved the overall taste.

There were a lot of prawns… 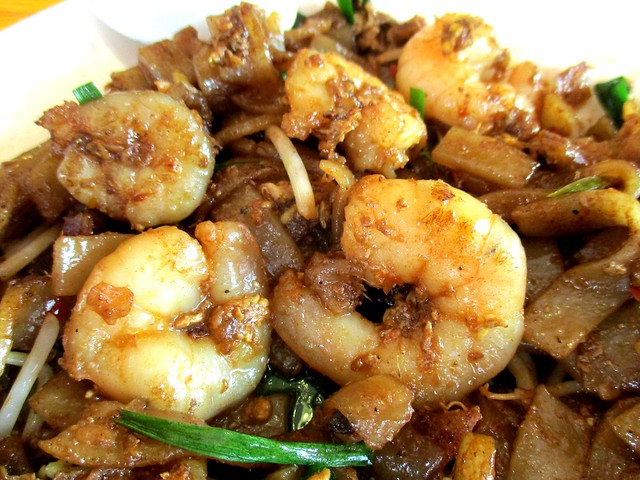 …of varying sizes, over half a dozen and my guess was that they had given more in place of the cockles. However, when I bit into one, it was like an anti-climax. What a letdown that was! The prawns were absolutely bland and rubbery, none of the sweetness of the fresh pek hay (white seawater prawns) that I would buy frequently from the wet market, none of the succulent texture. They were something like those sold in big packs at the supermarkets – I did buy once and ended up throwing most of it away – it was that bad and no, it certainly did not come cheap at all!

I was going to say this was the BEST char kway teow I had ever had, nicer than any in Penang and everywhere else but that was only for a while.  Unfortunately, the excitement was short-lived and if they were going to go on using those prawns, I, for one, would never want to order it again, thank you very much.

MUM MUM FOOD STREET (2.290923, 111.821227) is located along Lorong Lau King Howe 1, a few doors before the Bakemore Bakery and the hotel that are located back to back with this coffee place. Lim Teh & the Waterfront Apartments (our Sibu Twin Towers) are right around the corner.