We would pass by this place, located by the side of the road, when we go on our way to my girl’s school in the jungle and likewise, we would be passing by again on the way back. In short, we would pass by at least 4 times a week, sometimes more.

However, we had not stopped by for a while now, not since October last year, I think, even though it would be so very convenient to do so compared to a lot of other places in town and the last time my missus and I were here was on New Year’s Day with Peter & Andy.

Well, last Friday, on the way back, I asked my girl if she was keen and of course, she was! She had the fish and chips with tartar sauce… 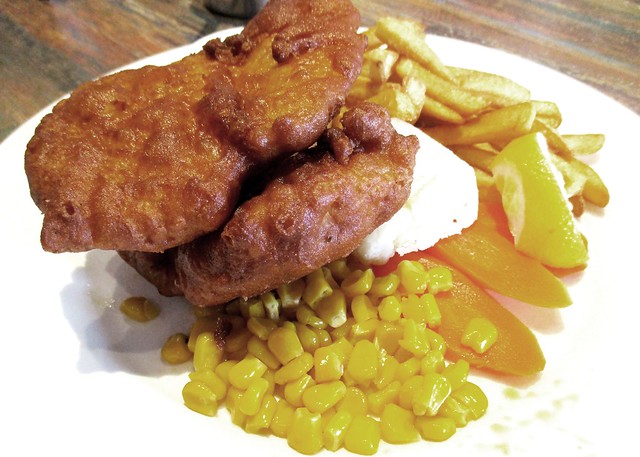 …and got two huge slabs and we had to tapao one as she could only manage one. No, it was not because it wasn’t nice – as a matter of fact, we thought the crusty tasty batter was so very good that it made up for the kind of bland taste of the fish, dory! They did it pretty well here and the texture was like fish, not jelly like at some places and that will put me off instantly. 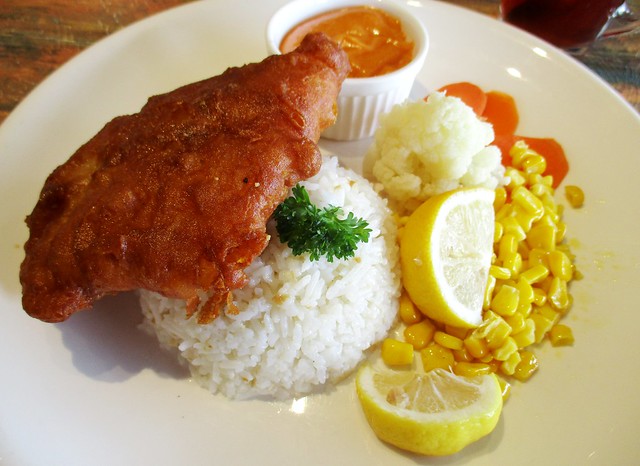 …in my lunch set that came with a free drink. I loved the rice and was contemplating on buying some home. In the end, I decided not to – we can always come here again and enjoy it piping hot from the kitchen. 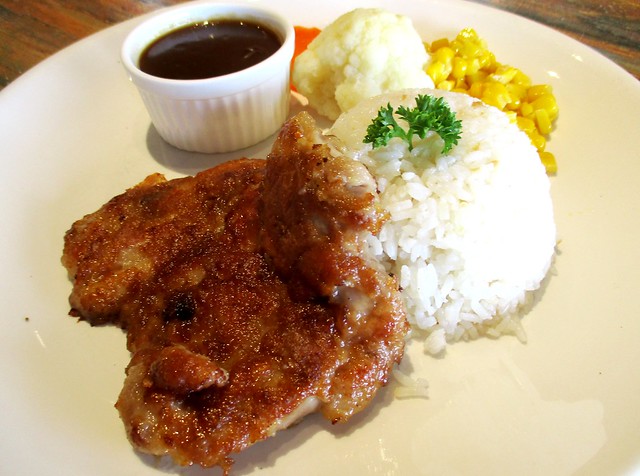 – well, she had that before so it must be good or she would not want to have it again, I’m sure. 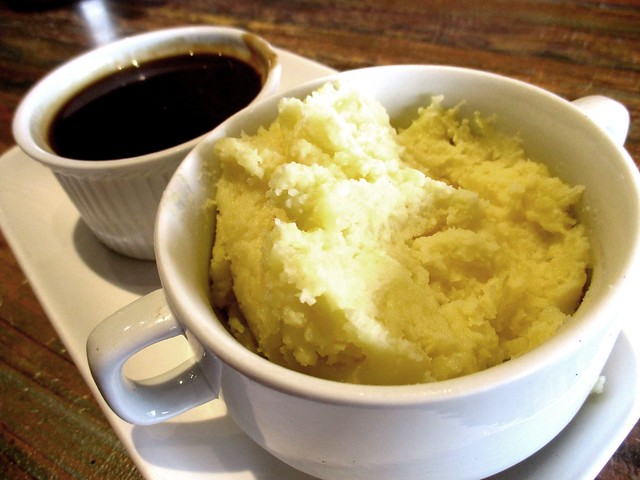 *The ladies had helped themselves already by the time I got round to taking the photograph.*

…that day and yes, we enjoyed it especially with the very nice mushroom sauce that came with it.

I also ordered their calamari rings… 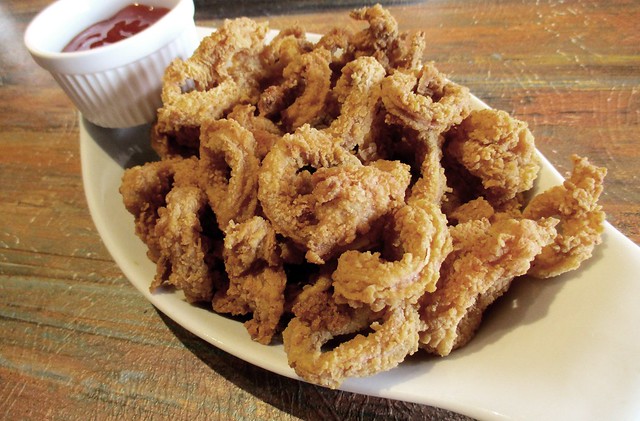 …which we had in our platter on our previous visit and I did think at that point in time that my girl would love it and yes, I was right.

I forgot to get the cashier’s receipt from the girl but I remember that the total came up to over RM52.00 (inclusive of 6% SST) and I just gave her RM55.00 and asked her to keep the change. I always like how their faces would light up  everytime I do that and I wonder why…especially when it is not all that much. Perhaps nobody else ever does that?

P.S.:
Incidentally, it looks like this coffee shop in the block next to this one is no longer open. No, there is no sign or notice and there seems to be some evidence of a fire of some sort.