Unlike the place in my previous post, this one is true to its name – the food is nice and it’s affordable too!

This is the favourite of my cousin in Sydney, Australia – he would not fail to drop by every year when he comes back in December around Christmas. He particularly likes how the dishes here are mild, not quite the stuff you will get at the regular chu char (cook & fry) places around town where the food would be pretty much the same – generally, it is more or less a case of you’ve tried one, you’ve tried them all.

Well, we were fasting all day Friday last week, Good Friday and after the mid-afternoon service at the church that we frequent here, when evening fell, we dropped by here for dinner, the breaking of fast, so to speak. It was a day of abstinence (from meat) too so we did not order any meat dishes but seafood is all right.

I did not want their salad sotong which is actually deep-fried batter-coated squid served with mayonnaise, nothing more than that so when the nice lady taking our orders suggested kung pao sotong, I jumped at it right away and yes, it… 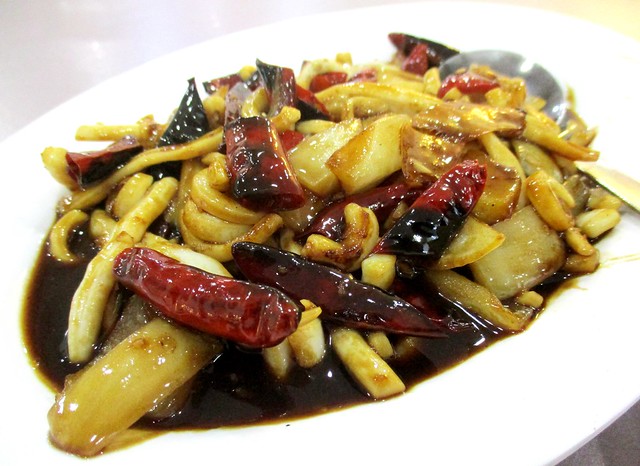 …was very nice. I loved the sauce especially! So far I only came across chicken being cooked this way.

She also suggested their signature own-made tofu dish but I could recall it had meat in it. She said that they could leave that out and add mushrooms instead so we agreed to have that… 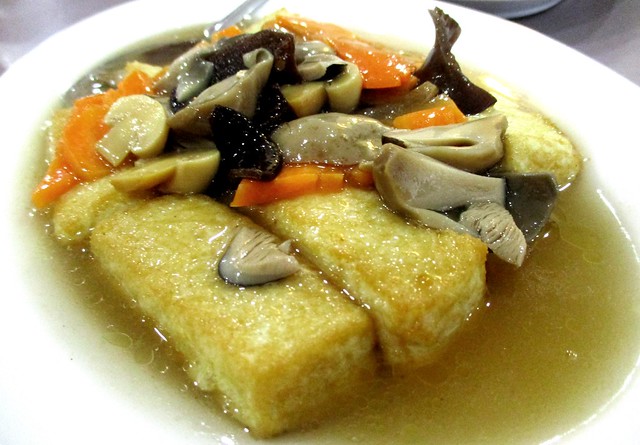 …and of course, it was very nice. It certainly was not one of their signature dishes for nothing.

We had their butter baby kai lan… 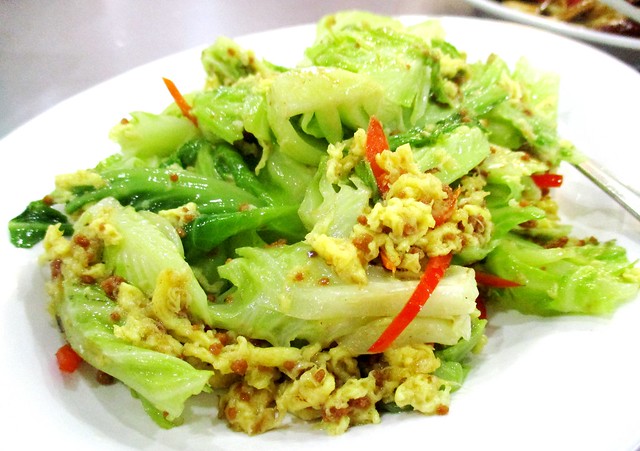 …on our previous visit and since we liked it, we decided we would want it again for a change from the usual fried midin (wild jungle fern) or cangkok manis. That night, I saw some of the employees sitting at a table by the side preparing the midin and my goodness! There was a mountain of it and if all that was for one night alone, their business must be really very good. 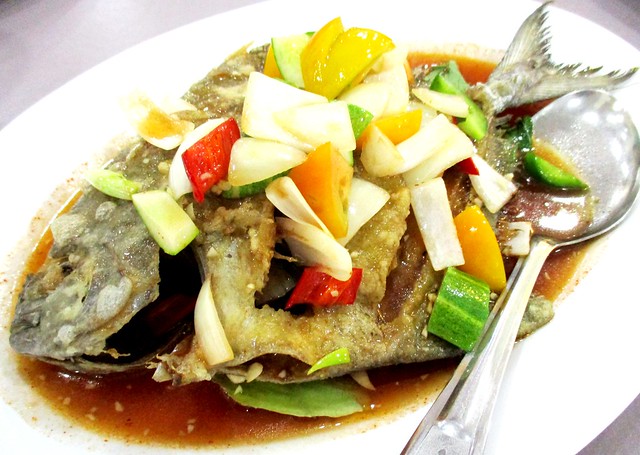 …and the moment it was served, I know that would cost quite a bit – it was big! Of course, it did not matter at all as it was very nice and we sure enjoyed it very much.

When I went to pay our bill, RM76.00 altogether inclusive of rice and drinks, I asked the lady boss how much the fish was and she said RM31.00 and she apologised that they had run out of smaller ones – normally, it would be around RM25.00 only like the last time when we had the fish.

That certainly was a delightful dinner and for sure, we would be coming back again for the simple reason that the food here is, as its name suggests, nice.