The price of petrol went down last week but to me, it was just an effort to pull wool over everybody’s eyes. It only meant that people would pay less to fill up and would not fill the pinch when they drive here and there even if it would be to some place round the block. Unfortunately, it did not affect the prices of things around here, not at all. That is usually the case around here – everyone is quick in jacking up the prices for whatever reason but no, there is no way those prices will ever come down again.

I have not gone to buy for quite a while now but I was told that my favourite kompia (our Foochow bagel-like bread) here now costs 50 sen each, RM1.00 for 2. According to some sources, there are places selling at 3 for RM1.00 still but I like the ones here most of all for its fragrance and crunchiness – the ones elsewhere may be quite bland and like rubber. Once, they were selling at 4 for RM1.00 and when the prices of things went up, they stuck to that same price but the kompia became smaller and thinner, quite impossible to cut slits in them to stuff the filling. I don’t know if there were complaints from their customers or what but they raised the price to 3 for RM1.00 and restored its original size and thickness.

As far as I know, many of those selling stuffed kompia at the stalls around town would get theirs from here. The ones here, fried and stuffed with minced meat are my friend, Annie’s favourite and they were 80 sen each before and the last time I had it, they were 90 sen each. I am pretty sure they have increased the price again, like everything else around here. Of course, those here would be a lot more expensive – the ones with minced meat were RM3.80 for three once, dunno now and the last time I had those with stewed pork belly, they were a shocking RM5.20 for three.

It so happened that I was here the other day around 3 in the afternoon and of course, I did not care for anything heavy at that time of day, just something for tea. I noticed an older couple, the lady, in particular, manning the kampua mee stall… 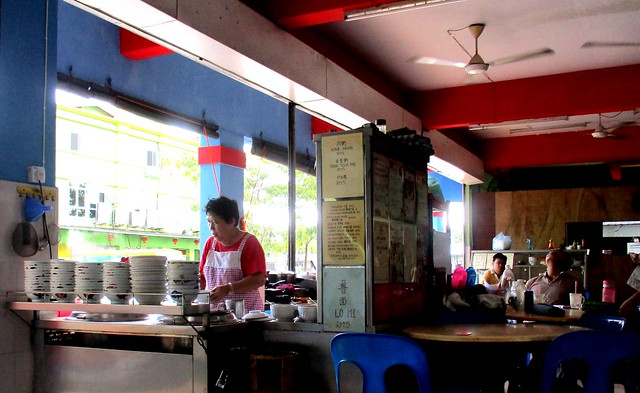 …so I asked around if somebody new had taken over but I was told that the very much younger and more attractive lady in the morning would be their daughter-in-law and yes, they were still the same people there.

The kampua mee here is RM3.00 a plate though – I would much sooner walk round the corner to this shop around 200 metres away to enjoy theirs at RM2.50 only. Anyway, I saw that they had kompia so I ordered three (RM1.00 each)… 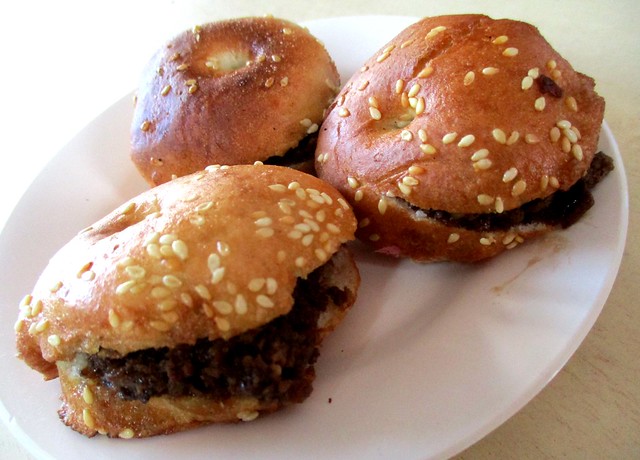 – theirs is deep-fried which I prefer to the ones elsewhere where they toast them in the oven (toaster) as those can be a bit hard and do not taste as great. Somehow, some things taste better, deep-fried.

Yes, they were nice, lots of minced meat filling… 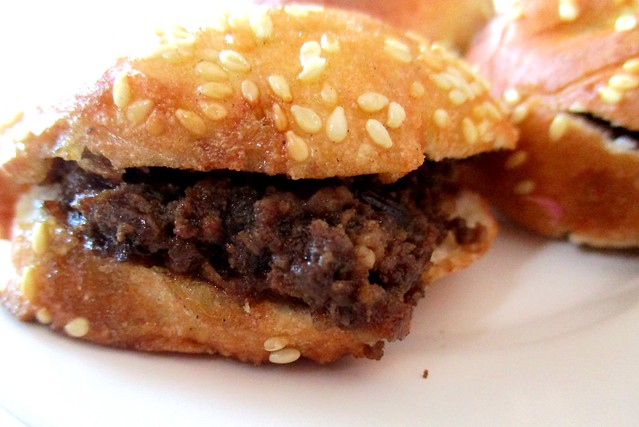 …inside but considering that the three cost just as much as a more filling plate of kampua mee, I probably would not be coming back for more all that soon. 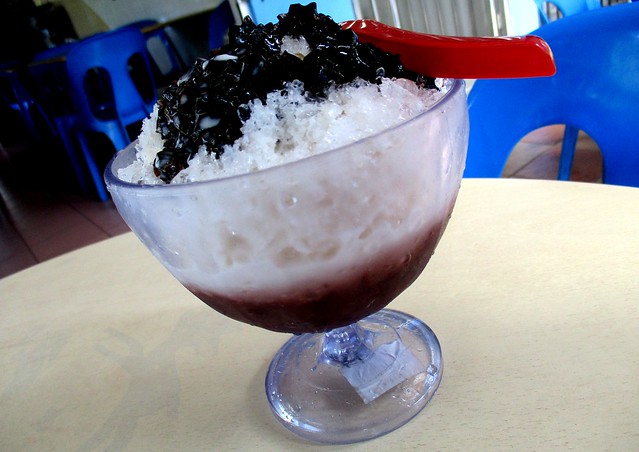 …which was nice but I did not think they used santan (coconut milk) and I would prefer these things with a sprinkling of gula Melaka (palm sugar) on top.

I noticed that there was a new stall beside the Malay/Muslim stall but I did not go and see what they had in store and I saw on a notice on the wall that there would be another stall opening in February. I probably would check those out the next time I am in the vicinity.