I was passing by here that morning on my way home after collecting the parcel from my cousin in Kuching at the courier service office in Sungai Merah so I decided to stop by and give their kampua mee a try. 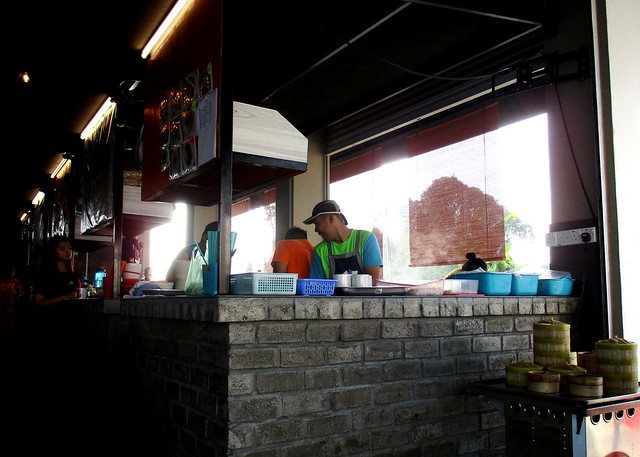 …is right in front and you can see how the brick ones here look a whole look nicer than the regular ones one would get to see at the other coffee shops in town.

There is a dim sum stall… 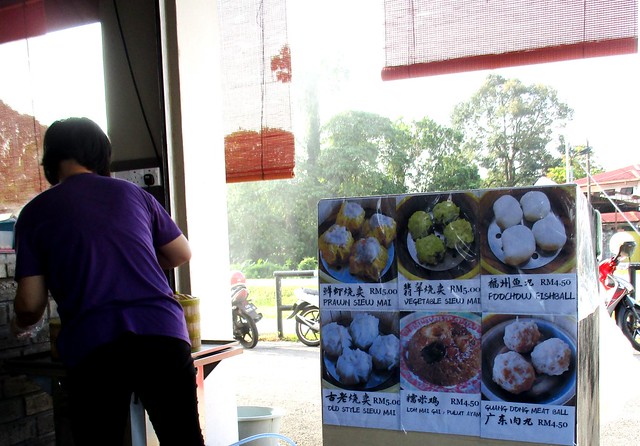 …in front now but looking at the photographs, it appeared to me that the lady was selling the exact same things as what one could get from the stall here. Yes, I’ve tried some of those at the latter and quite liked some of what I had but I found it kinda expensive – I only had a few items and the total went way over RM10.00 and the thing is I am not all that fond of dim sum to make me wanna fork out that kind of money. To me, it is just something that I don’t mind having once in a while sometimes for a change. 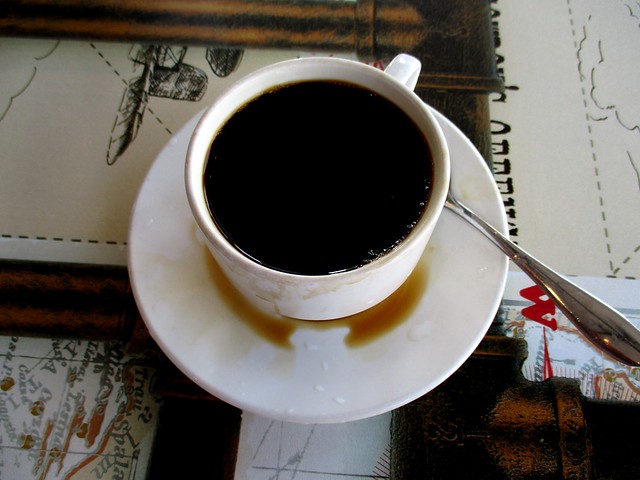 …that I had was very nice and I loved the table top – again, this is something you would not see in other coffee shops, the nice tables that they have here. 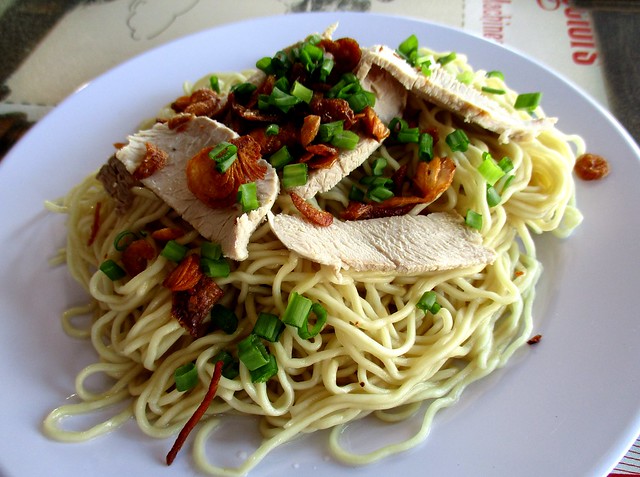 …yes, they used the original traditional handmade noodles, straight and thicker than the machine-made thinner and curly ones that some would insist are like the ones they use for Kuching kolo mee, not kampua.

However, I thought it was kind of firm, not cooked long enough to get the noodles to be of the right soft texture so I can’t say that I enjoyed it plus it could use a little bit more shallot oil as it was a little on the dry side.

On the plus side, I liked how they sliced the shallots and fried it perfectly till nice and crispy and golden brown in colour – these days, most people will just use a blender so even though the flavour and fragrance are there, you will get minute bits of shallots in your noodles, some over-fried till black, and no, you will not get to enjoy biting into the crunchy slices like the ones here.

I also liked how they do not dye the boiled meat red like what they do at most other places which makes me wonder all the time what colouring they use to try and make the meat look like some pale imitation of the char siew (barbecued pork) which it definitely isn’t…and I also liked the fact that they were not using those colourful plastic or melamine plates and bowls that they use at a lot at places elsewhere around town – I understand they are not good for health when used to serve hot food.

At RM2.80 a plate, it is the same as many other places around town though some may go up to RM3.00 or more elsewhere but considering that one can get the same for only RM2.50 at this shop round the corner, if it is specifically kampua mee that I want, I would most likely go for the cheaper one…which I thought was nicer, that one time that I dropped by there to try it. 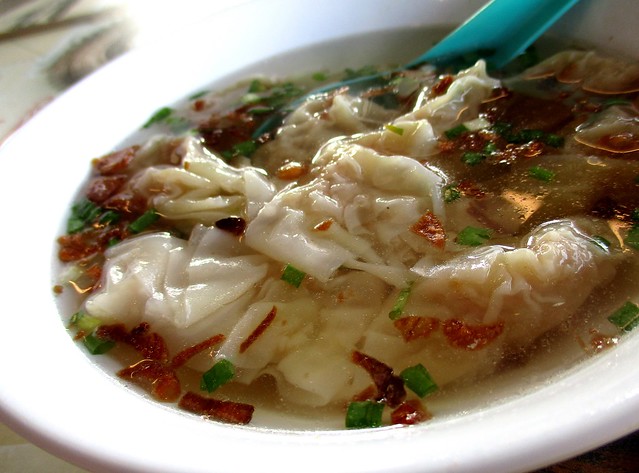 …was very nice. The skin was very thin and the clear soup was just right on all counts and what I liked best about it was that there was no msg overdose. I don’t know why it is 20 sen more expensive than the kampua mee though – at all the other stalls, these two items are usually priced the same, no difference at all.

COFFEE & TEA (2.325932, 111.841566) is located at the junction of Jalan Teng Chin Hua and Jalan Ulu Sg Merah in the blocks of shops to the right of the traffic lights junction turning left into Lorong Sg Merah 2. if you are coming from town. On the other hand, if you are heading towards town, the blocks of shops are after St Teresa’s Catholic Church and the SIB Church on that same side of the road.