My cousin, the one who would come to Sibu every year with his parents and sister(s), sent word that he would be sending me something for Chinese New Year. The sister dispatched the parcel on Friday via courier service – no, not our national poslayu or poslambat, take your pick –  and tracking showed that it arrived in Sibu the very next day, Saturday. Soon after that, there was an update that afternoon saying that the address was invalid.

I called them but there was no answer so I drove to the place and I found that it was closed. I guess I had no choice but to wait till Monday morning and I was there as soon as they had started working for the day.

It turned out that my cousin did not indicate the lane in my address so they could not deliver it and there was an extra digit in my contact number so they could not call me either. They passed the parcel over to me without any fuss whatsoever and I took it home happily. 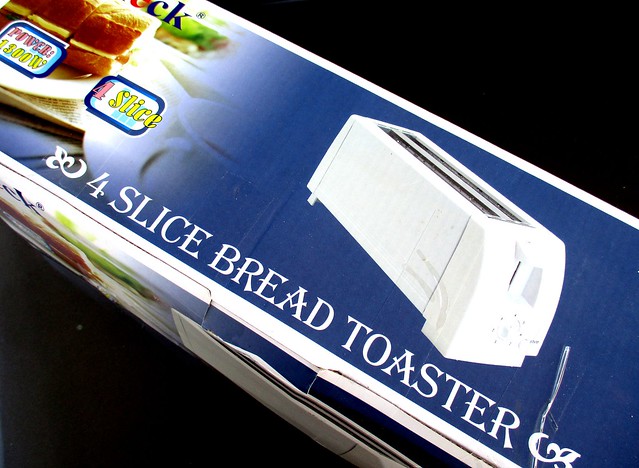 …inside. Oh? I wouldn’t need a toaster anymore now that generally, we do not eat bread as it is not gluten-free.

Opening the box, it looked like I was getting some essence of chicken… 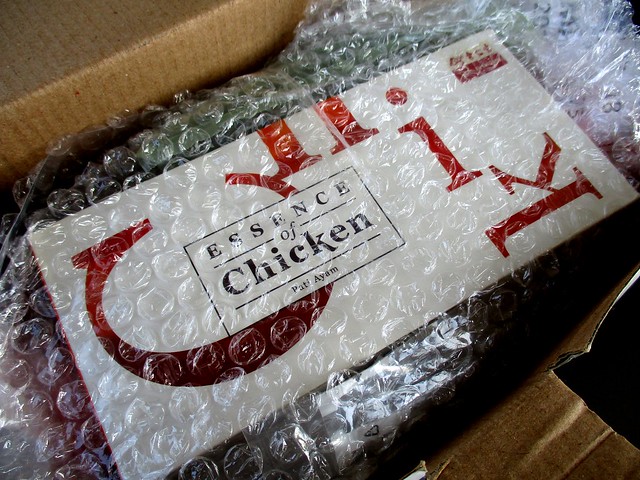 …or so I thought. Hmmm…perhaps they reckoned that this old guy could do with a little bit of energy boost especially after all that hard labour I had to go through harvesting my rambutans.

After removing the layers of bubble wrap, I saw this golden seal… 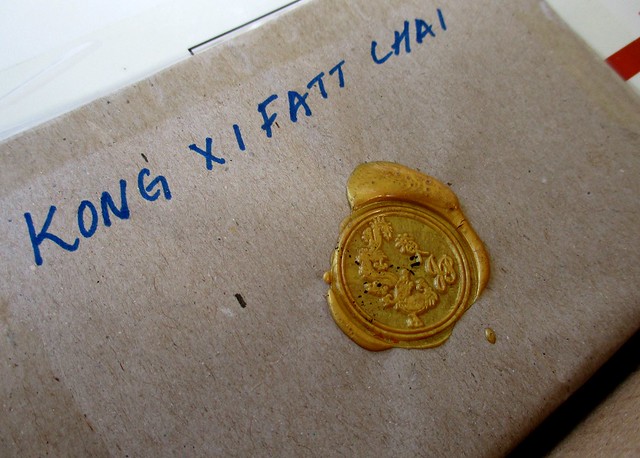 Opening the box, I finally got to what my cousin had sent me… 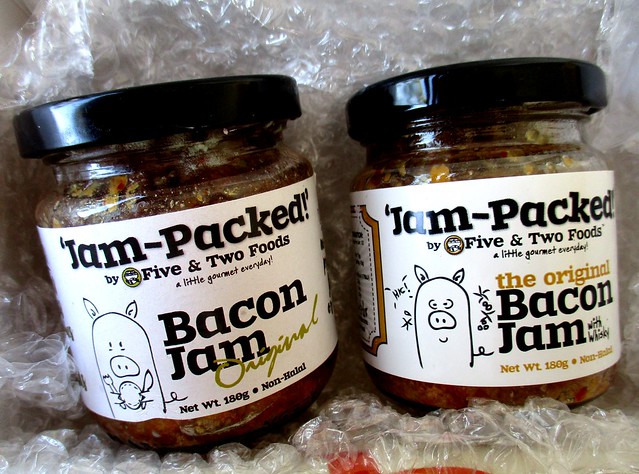 – the bacon jam that I got sometime ago from Phong Hong and out of the three that she sent me, I liked this one most of all. Oh? I noticed that one of the two had whisky in it – gotta try that one soonest!

Thank you so much, Jude and a Blessed and Happy Chinese New Year to you and your dear parents and sweet sisters. May God bless you all abundantly in this Year of the Dog…and thank you, Sabrina, for the very elaborate and meticulous packing and going through the trouble of sending it over to me. All’s well that ends well.  Cheers!!!