That day, I had to go to the bank on the other side of town to settle some matters. I guess I could have gone to one of the branches in the town centre to get them to do what I wanted them to do but I don’t mind the car ride once in a long while (the last time I went there was in January and there were a few times when I chose not to go because of the lockdown) and I get to see what is going on in that part of the woods.

I’ve been to this coffee shop… 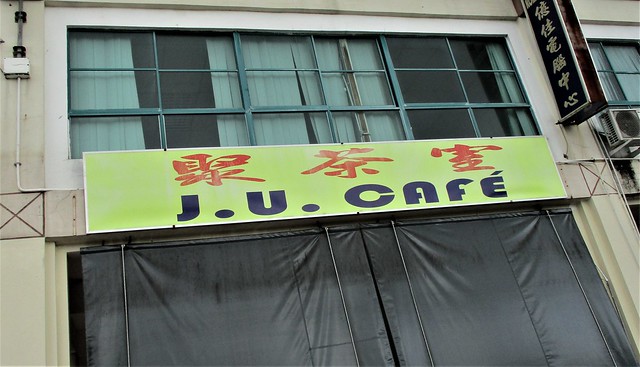 …before a long time ago, many times but I never took note of the name. I am not sure whether it was thus called or it had a different name in the past. I’ve had their kampua mee and whatever and I remember I quite liked what I had everytime.

I noticed that morning that they have done up the place nicely, Italian-tiled floor and what not and they have moved the kampua mee stall… 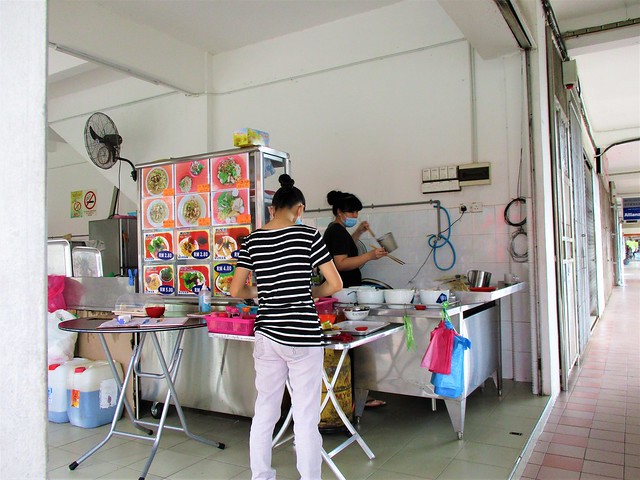 …to the other side, against the wall, where I used to sit before. There was a young girl running the stall and a young helper but I did see an old lady around – if I am not wrong, there used to be some elderly people here and definitely not somebody this young. That got me wondering – perhaps I should have gone some place else but I had already placed my orders so I decided I would just stick around and hope for the best. 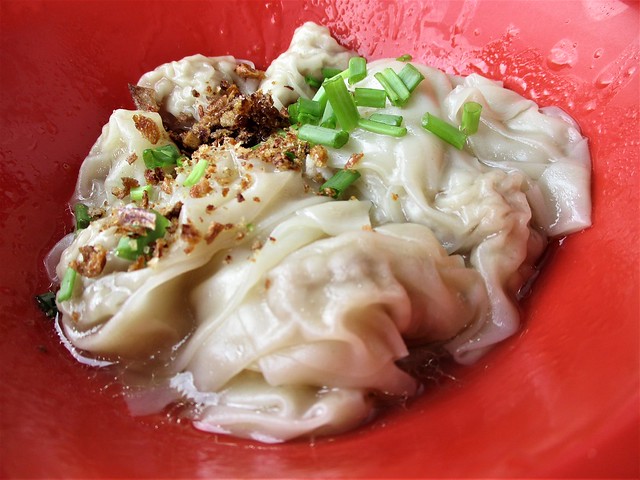 …looked really good but when I tried, I thought it was all right, nice and that was it. It was kind of generic, something we can get at a lot of places elsewhere, more or less, and I sure would not want to come all the way here just for this.

Having said that, it was a completely different story altogether with the kampua mee (RM2.80)… 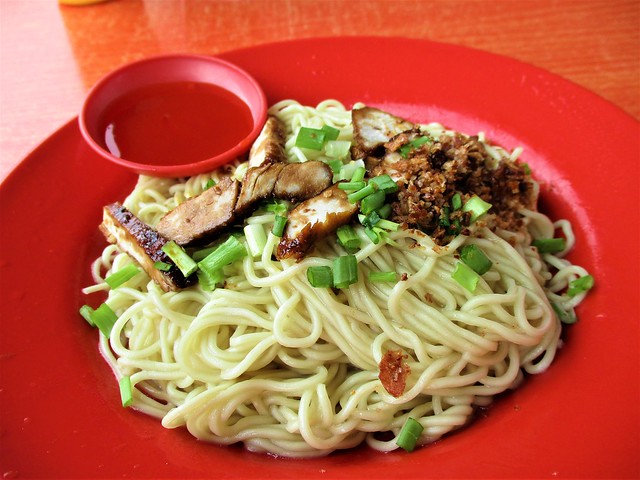 I thought it looked kind of overcooked and was quite sure it would not be nice and firm and to my liking but contrary to what I was thinking, it was absolutely perfect. I sure enjoyed it and I loved the very delicious stewed pork except that there were only five miserable pieces altogether. I sure would not mind it one bit if they could add a few more pieces and charge RM3.00 instead. After all, that is what you will have to fork out, sometimes even more, if you go and eat kampua mee elsewhere in town and some are not even nice!

I saw some people having the Sarawak laksa and it looked quite good. Other than that, there are only the usual stuff you can get at such stalls, nothing much else.

The young guys at the stall in this coffee shop to the right of the bank are no longer there – there is a young girl running the kampua mee stall there now but she does not seem to be getting much business. There was a Muslim stall before that seemed quite popular but no, it is no longer there now either. There are two coffee shops close by that seemed rather popular – there were a lot of people and most of them were having the fried stuff from the chu char (cook and fry) stalls there. Of course I did not check them out – whenever I see so many people at a place, I would just leave and go somewhere else.

The one I went to was all right – there were customers but not that many and I liked how it was open on one side and tables were spaced out, some placed outside so it was not so cramped and I did not mind one bit, eating there.

7 thoughts on “Everything is not what it seems…”