My late father was a businessman in his time.

I remember he used to sell Mercury outboard engines and that came as no surprise as he was a renowned speedboat racer and swept the top prizes at all the regattas in the colonial days, the F1 of speedboat racing at the time. He ordered his special speedboat, aptly named Typhoon, all the way from Singapore and of course, he knew those engines inside out. That was why he was able to sell them and service and repair them himself. Others may be selling outboard engines too, not the same brand – my father was the sole-concessionaire, but other brands such as Johnson and Evinrude and their after-sales service sucked big time!

He also sold lawn mowers. I cannot remember the brand that he sold initially but in the later years, he was selling Masport, made in New Zealand. Other than that, he also sold Norge refrigerators and York air conditioners. Of course, air conditioners in those days were the window unit type, not the more popular split unit type that we are more familiar with these days.

For the uninitiated, York has been taken over by the Japanese air conditioner company, Daikin, now. I am not so sure but maybe you can buy either brand these days and they are both the same and their remote controls may be used interchangeably.

I have both York and Daikin at home and the remote control for the one in the master bedroom was misbehaving for a long time now. I asked the guy who sells and cleans air conditioners if he had a spare for sale and he said yes, but it would cost over RM50.00. I asked him if I could buy one at those discount stores and he said yes but they would not last very long. That was why I asked him for one but the days turned into weeks, the weeks turned into months and the months turned into years and for reasons unknown, he never delivered it to my house.

Well, that temperamental remote control recovered so we could use it again for a long time until one fine day it decided to start its mischief again. We had to share the one for the air conditioner in my girl’s bedroom and in the end, I decided that enough was enough and I went and bought one online… 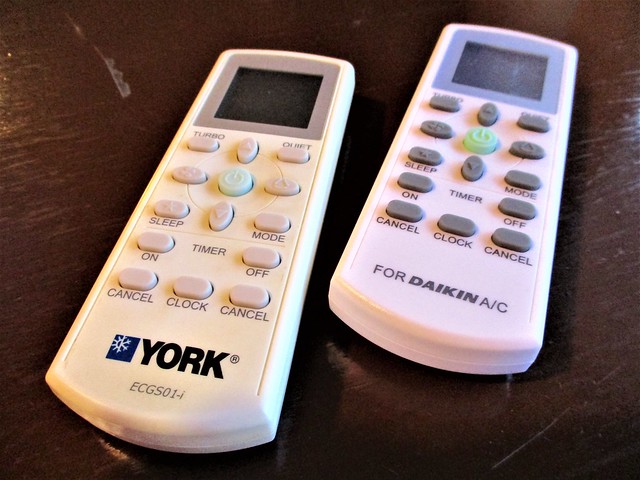 Ooopsss!!! It was the “wrong” brand but that was not a problem at all, It could be used and that was all that mattered. The best part was this was only RM8.00, RM17.01, inclusive of postal charges.

I also ordered another one… 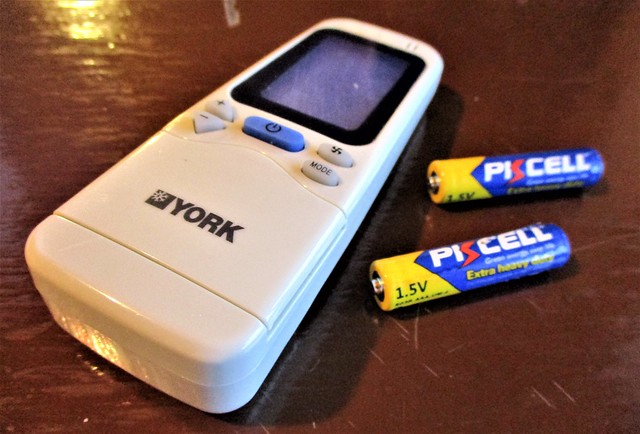 …similar to the one in my girl’s room, just in case and this one was RM11.49, RM20.50 inclusive of batteries and postage.

My orders were delivered in no time at all and by the way, if you see strangers in fancy cars at your gate these days, those would most probably be the runners doing the deliveries for the national courier service and I heard that some private companies use their services too.

Just when I thought everything was going on so well with my online shopping, something did not turn out right. I have a problem buying t-shirts and shorts my size and all that I’ve been using are all tattered and torn and falling apart and I was delighted to see that they were available online in extra-large sizes. 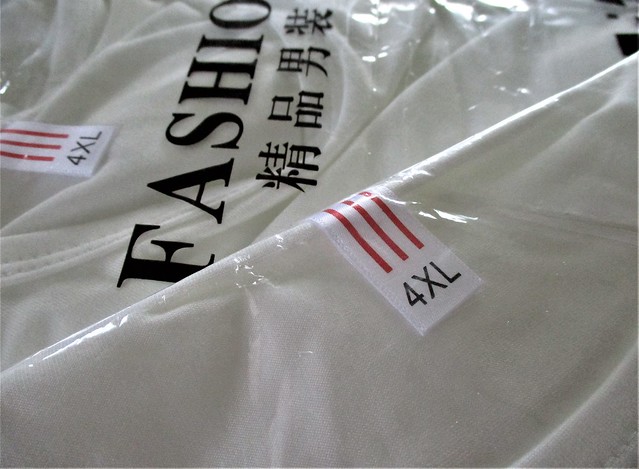 …to be on the safe side even though those that I usually use are only 3XL.

Later when I checked in the online shopping website, I saw that they were being sent from China! The t-shirts and one of the sets came through KL and arrived via one courier company and I had to drive all the way to the other side of town to get them myself. I had a tough time locating the warehouse as there was just a small sign on the fence – I drove straight in and went round and round inside because I did not see it initially! I did read the reviews that their service was not good – somebody waited for four days and did not get what he/she was waiting for.

The other set arrived around a week later. It went through Kota Kinabalu and when it got into town, somebody from the national courier service delivered it to my house.

The problem was when I opened all the parcels, all the t-shirts and shorts were way too small, so small that my girl could wear them quite comfortably and I am about twice her size! The two sets were actually quite nice so I gave them to her and now I have two white t-shirts to give away – I think they will look very nice on someone who frequents the gym regularly with all the bulges in all the right places to show! Anyone interested?

I’m afraid that has put me off online shopping for now, no more, thank you very much!