I did say the other day when I dropped by this food court that I would go back there to try the mee dawai, literally translated as wire mee, from this stall there… 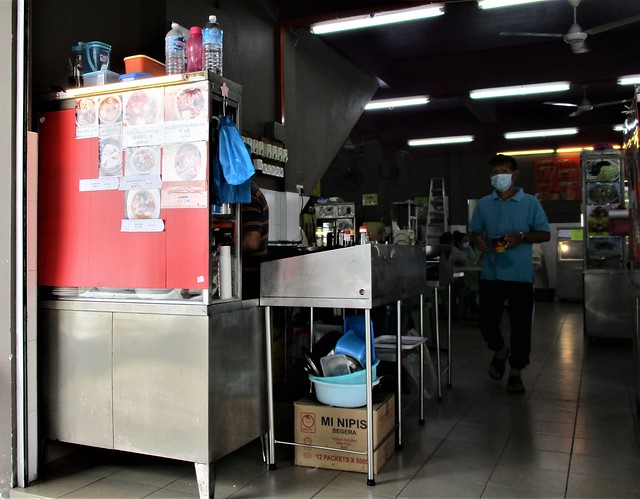 Gosh!!! Can’t they find a more flattering name for it? This is the Kuching-style fried mee – they call it crispy mee or tomato mee or crispy tomato mee there. It is called crispy mee because they fry the mee first till nice and crispy and it is known as tomato mee because of the tomato sauce-based gravy that they pour all over the mee prior to serving it. The last time I had it was when I was in Kuching for my niece’s wedding at the end of last year and I also had it earlier when I went over to attend my Kanowit ex-student’s daughter’s wedding.

When I was in college in the mid-70’s, my Foochow college mates from Sibu and the towns around here hated it and they hated the Kuching kolo mee too – they could not understand how anyone could eat those things, so hard – and needless to say, they missed our Sibu kampua mee and Foochow fried noodles so much in the two years they were there.

In 1986 in KL, or PJ Old Town to be exact, there was this restaurant/coffee shop near the cinema where I used to go and watch reruns of old movies that I could not go to see in my school days. After the movie, I would surely tapao a packet of the Cantonese fried mee to take back to the hostel and enjoy…secretly, of course – no non-halal stuff allowed in the college campus. They also fried the noodles till nice and crispy and then they poured the egg sauce (like what you get in wat tan hor) over it. Of course, by the time I ate it, it would have gone all soft, no longer crispy but yes, it was still very nice.

After I had placed my order that morning, I went snooping around to look at all the other stalls. Yes, the same people are running the Sarawak laksa stall, the father and the son – the ladies are in charge of another stall at another coffee shop in the town centre and yes, the same guy is still there at another stall selling the mantao with stewed pork (RM5.00) set… 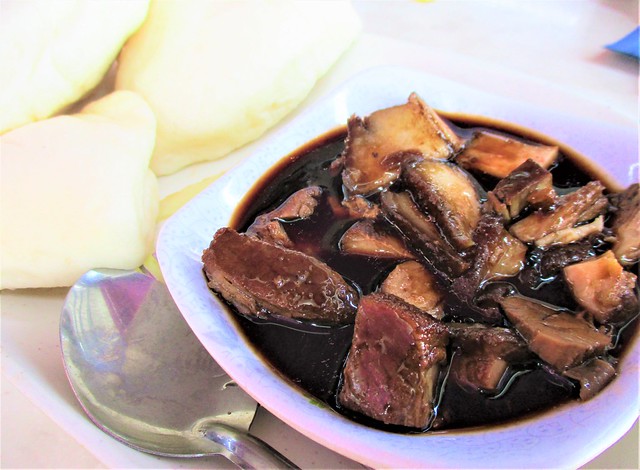 …and I simply could not resist ordering that to enjoy. He must have mistaken me for somebody else as he insisted that I was his long lost neighbour in Sg Merah who had left town to go some place and have finally come home! Gee! I’m The Prodigal Son or what? LOL!!! 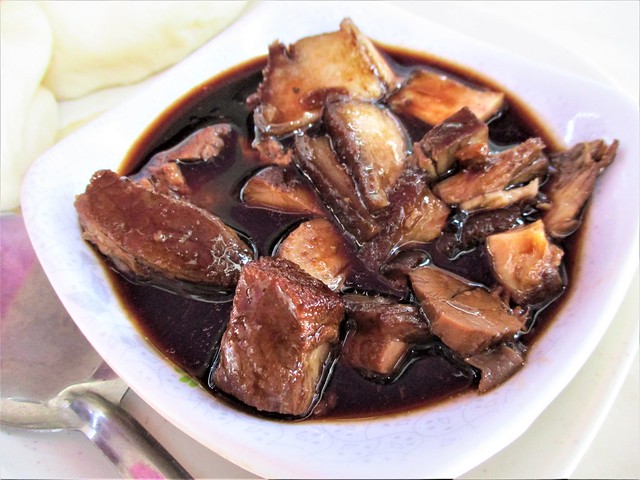 …was nice but not as nice as how my missus cooks hers – hers is not so diluted, the sauce is a bit more concentrated and sticky and has a stronger garlic and whatever taste.

Nonetheless, I enjoyed it very much and considering that steamed bak paos are between RM2.00 to RM3.00 each, this (around RM1.60 each with 3 mantaos) can be considered really cheap…and especially with all that meat! I shall go back for the one with the stewed pork with mui choy (preserved vegetables) soon. 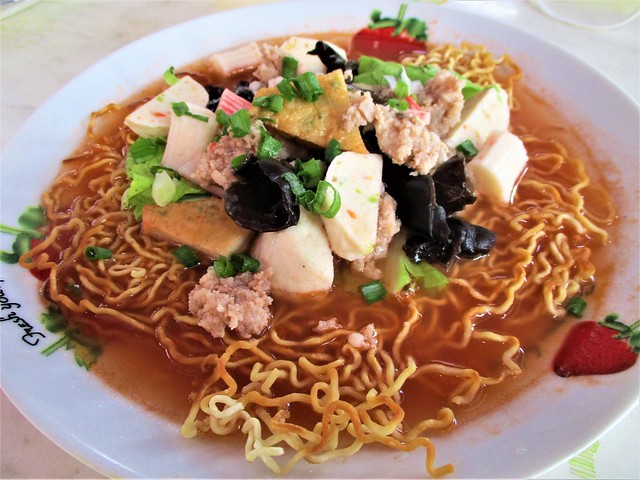 …was served, I must say I was a bit disappointed. It was a bit too watery, the noodles were drowning in the sauce which was a bit too diluted. It tasted all right but I sure would not mind a little less sauce and one that is a little thicker, a bit more concentrated – perhaps a pinch of corn starch will do the trick.

I did not like all those frozen stuff as well, the fish balls, the fish cake, the imitation crab sticks and what not. In Kuching, you would get some char siew slices, maybe a prawn/shrimp, two pieces of sotong (squid) and fresh fish slices but I do not mind not getting all those – just a bit more minced meat and green vegetables will do.

Well, beggars can’t be choosers. I don’t know of any place here in Sibu selling fried mee like this, like the ones in Kuching and thankfully, it was good enough…should one be craving for that but no, it was not so good that you would see me rushing back for more anytime soon.

23 FOOD COURT (2.297349, 111.824644) is located among the shops opposite Kin Orient Plaza (where the “old’ Sing Kwong Supermarket is) along Jalan Tun Abg Hj Openg, in the vicinity of Gabriel’s Recipe – both The Coffee Code and Kampung Grandma there have closed down.