There was a fire at this coffee shop at Rejang Park here in February last year so it was closed a long time for restoration and renovation works.

A long time ago, the kampua mee stall here was my favourite – there were a few Indonesian girls helping out and honestly, their proficiency in Mandarin and our Foochow dialect put mine to shame. I don’t know what happened but one fine day, they were no longer there and somebody else took over the stall. I did not like what I had from the new people so I never went back there again.

It has been back in action for a while now and is looking much nicer than before. Why, I think it even has a new name… 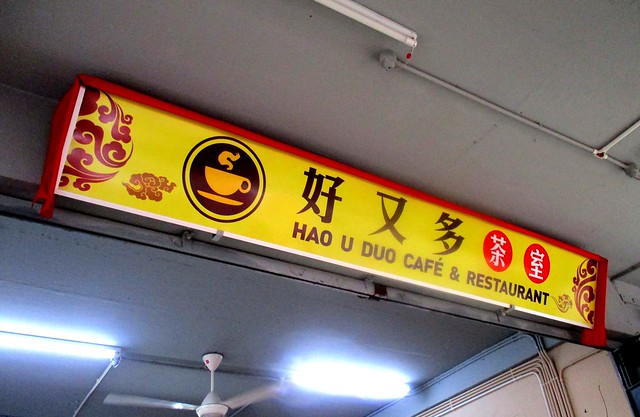 …I don’t think that was what it was called before but I cannot for the dear life of me remember what it was.

There is a stall further in, selling mee sua, pek ting eyok (Eight Treasures), that kind of stuff but I did  not feel like going for those that morning so I just ordered the kampua mee from the stall in front… 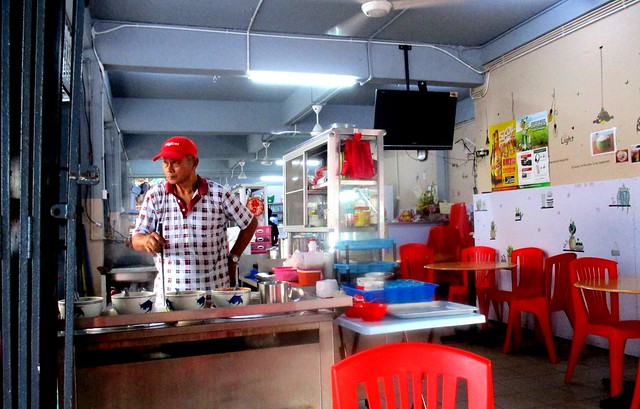 …run by this elderly man assisted by a lady, most likely his wife. 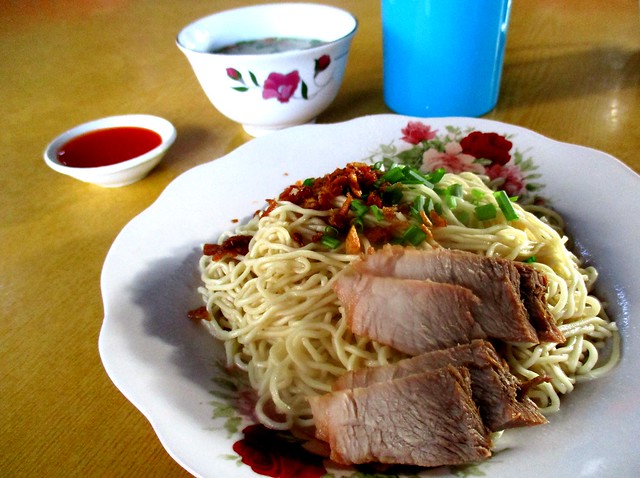 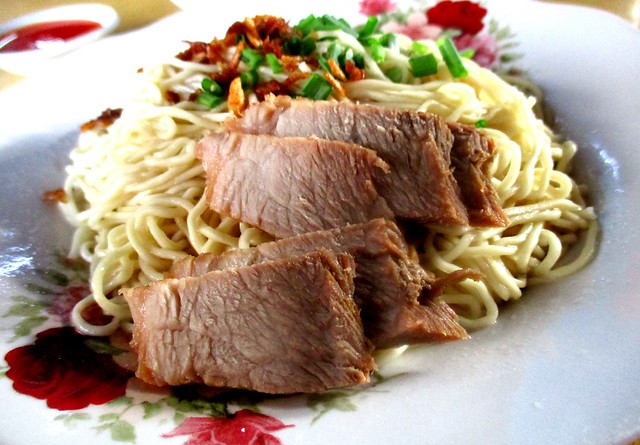 In my growing up years, the meat was always red but no, it was not char siew (barbecued meat), just a rather pale imitation – boiled meat, coloured red and at one time, there was a ban on the colouring used so the practice stopped for a while. These days, there are places using real char siew or stewed pork while others have gone back to colouring it red, some shockingly so. I don’t know what colouring they use and I do hope the ones they use now are safe for consumption.

All in all, I would say that the kampua mee I had was o.k. but then again, there are a few other places around here that are pretty o.k. too and the next time around, I may want to try something from the stall further in or the chu char (cook & fry) place at the back.

8 thoughts on “Back in action…”