When the two-week mid-year break ended last Monday, we had to drive my girl back to her school in the jungle because at the time, she had not received the official letter yet. We left home early as we wanted to stop by the district education office in Selangau to see if the letter had arrived but unfortunately, we had to leave empty-handed.

We decided to have a bite to eat before proceeding to the school and we did not feel like having rice so we did not hop over to this shop a few doors away from the office in that same block. We felt like having noodles instead and I remembered we quite liked what we had once at this corner shop so we made our way there.

I wanted kampua noodles with pian sip (meat dumpling) soup but they had run out of the latter so I settled for the Foochow fried noodles (RM4.00)… 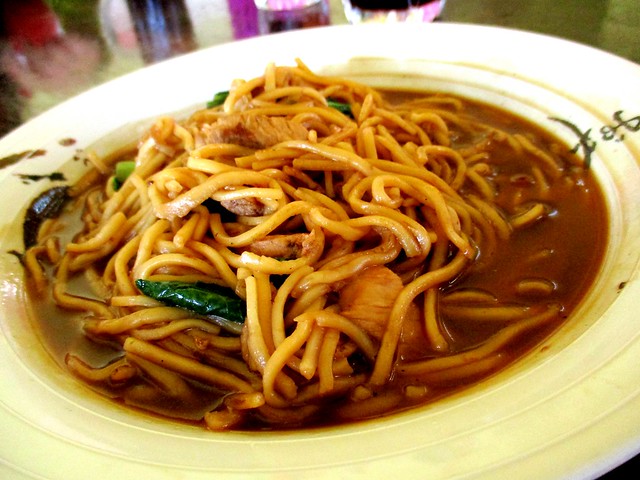 …that I had on our previous visit and my missus also wanted the same. I could recall also that though it was nice, I felt it could do with a little less msg so I told them that and yes, it was much better this time around. 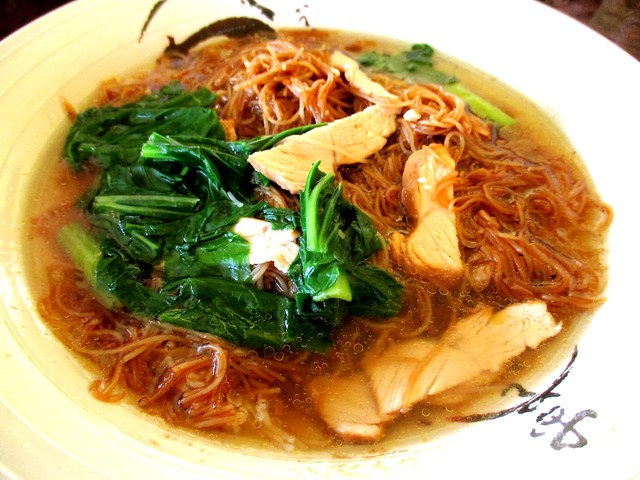 …and though it did not look like much, she liked it.

Seeing that she was formally dressed in her work attire, the lady at the shop asked if she was a new teacher reporting for duty. It turned out that she was a teacher too at the Chinese primary school a stone’s throw from the bazaar and she grumbled that their school was short of 6 teachers and it did not look like there was any forthcoming.

Of course, my girl told her happily that she had got her transfer and wanted to check if the official letter had arrived…and I guess since we would not be passing that way again, not in the near future, that probably would be the last time we would be dropping by there for a bite to eat.