I used to go to this supermarket quite frequently when my parents were still around as it is located around 100 metres from their house. I hardly ever go there now but I did drop by once not too long ago just to browse around.

I bought a pack of a particular brand of instant noodles, made in Indonesia, that I did blog about sometime ago last year – I was attracted by the Filipino/Tagalog  name on the pack, pancit canton and it turned out that my girl likes it a lot. We are down to the last packet now and I decided I would go there again to grab a  pack or two… 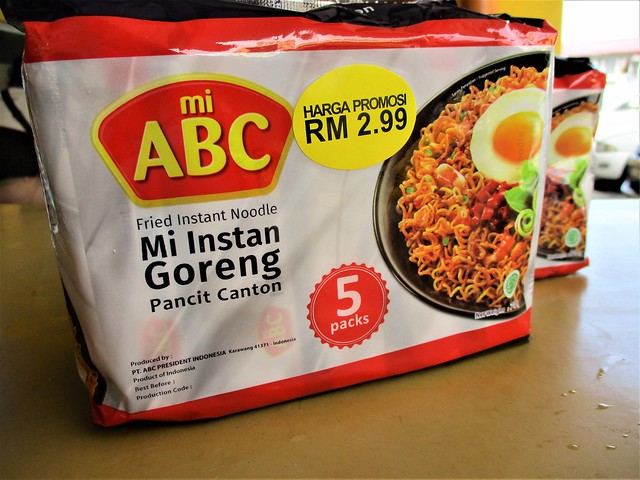 I guess this may be considered as a best buy with its promotional price of only RM2.99 for 5 packets (less than 60 sen each) at this point in time.

My girl enjoyed the instant pasta produced by a West Malaysian company that I bought for her once when she was still in the school in the jungle. For one thing, it was so convenient – just heat it up and eat and for another, she loves this kind of things.

On my previous visit, I looked around in vain for them so I did not get to buy any. Well, luck was on my side this time and I managed to grab their spaghetti chicken sauce (RM5.10)… 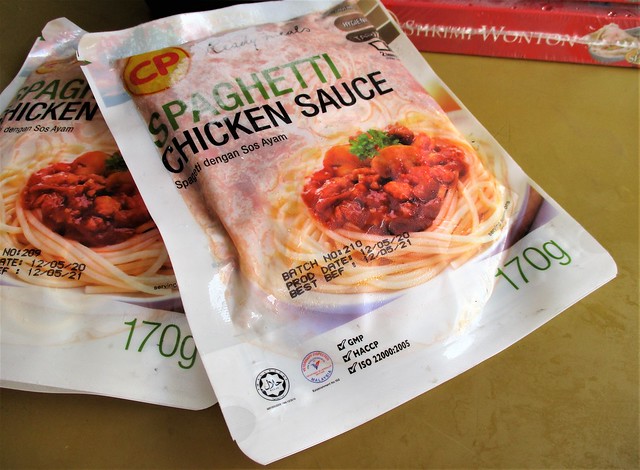 …and their spaghetti carbonara (RM7.75)… 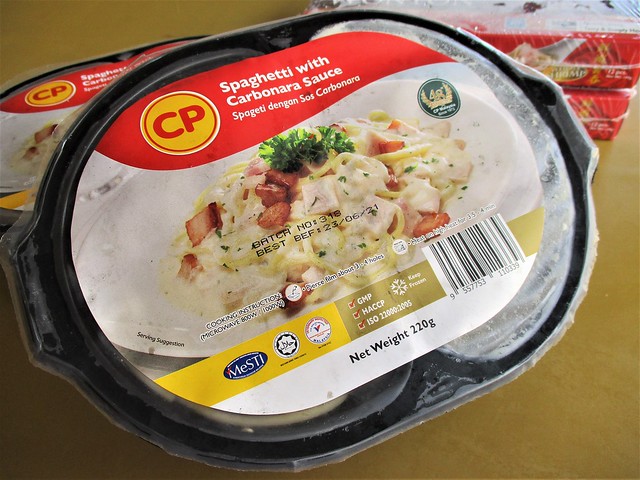 My girl liked their aglio olio but unfortunately, they did not seem to have that.

I would not consider the following as best buys where the price is concerned but maybe, it may  be categorised as such as far as the taste goes. I bought two before, one in tom yam soup, the other in clear soup – those were smaller, packed in bowl-shaped containers and I remember I had the shock of my life when the cashier keyed in the prices. I did not look at the prices on the tags stuck to the back of the freezer and actually, they were over RM10.00 each and the bowls were rather small. I did mention it to the girl and she was kind enough to ask if I would like to cancel the purchases. In the end, I went ahead and bought them to try and boy, they were really very very good!!! 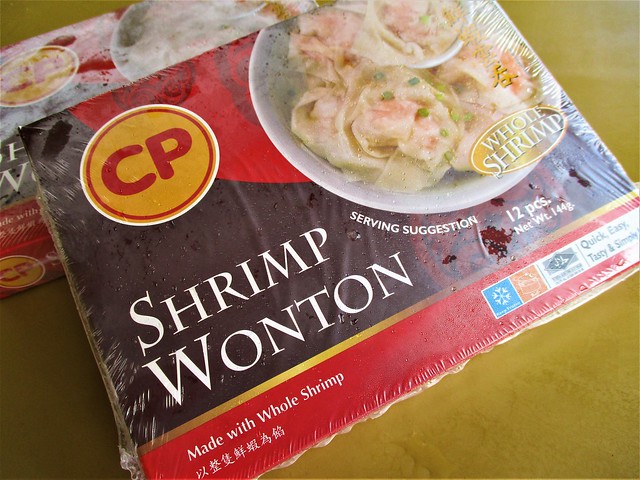 Being older and wiser now, I checked the price and I THOUGHT I saw something around RM10.90 so I took two. It turned out to be RM15.50 per box, 12 wantons inside so that works out to around RM1.30 each. Well, they have whole shrimps/prawns inside and make such delightful wanton soup and no, I did not change my mind about buying – after all, with the COVID-19 pandemic and the MCO partial lockdown, we hardly go out anymore these days, no going to those classier cafés and restaurants where things sure do not come cheap so I reckon this is something all of us will enjoy and we do deserve that little bit of pampering sometimes.

Having said all that, frankly, I was rather disappointed to discover that they used farmed shrimps – yes, they state it very clearly at the back of the box so they do deserve credit for being very honest about it. We’ve tried one already – the soup was really very nice and I liked it a lot. The texture of the farmed shrimps, I would call them prawns as they were quite big – was not the same as the natural ones, not nice and firm and succulent. They were QQ, kind of rubbery – one bite and one would be able to tell the difference already. The ladies in the house did not want to eat it…and at that price, I don’t think I shall be buying it anymore.