When I went to the supermarket at Simpang Tiga here that day, after I was through with my shopping, I decided to walk over to the SEDC Hawker Centre to look at what they have at the stalls there. I think we have not been there since the African wrapped up his business, left and never came back.

There is a satay stall… 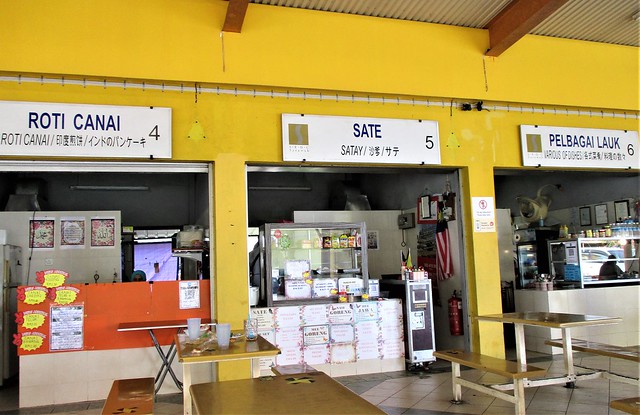 *Notice the aircraft cabin food trolley? I wonder how come they have one!*

…there now and the things on their menu include their mee jawa special (RM7.00) and another one, the mee jawa super special (RM10.00)… 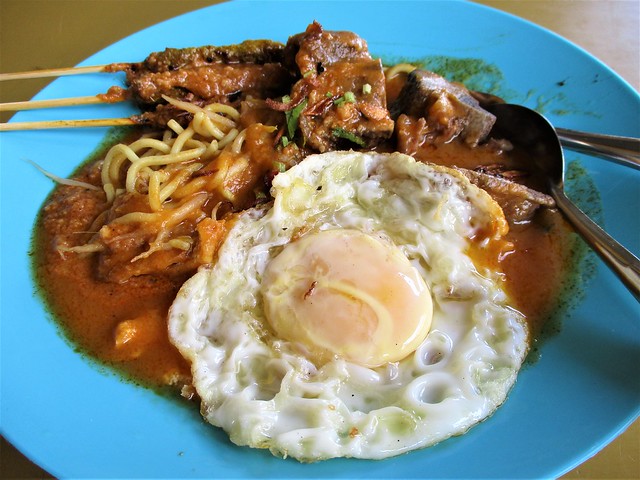 I asked what the super special was and I was told that it would include a few sticks of satay, one fried egg and I thought I heard udang (prawns) and of course, I said I wanted that.

Obviously, I was mistaken and what the girl said was probably something tulang (bone)… 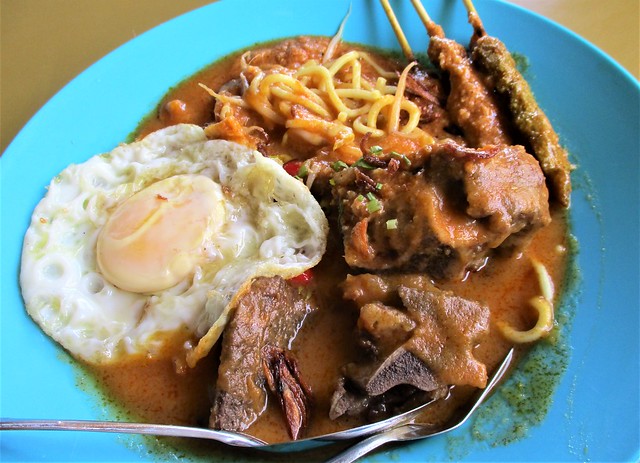 I was a little disappointed with the fried egg but thankfully, the yolk was still runny so all was forgiven. The satay wasn’t anything to get excited about – I felt it was over-marinated and became over-tenderised till it was kind of soft/mushy, not quite the texture of meat as one would know it. There was not that much meat attached to the bones but they were great – I did enjoy it very much, just that there was mostly bone.

The mee jawa in itself was very good. I loved the gravy and should I happen to be around here again, I wouldn’t mind going for the regular. I don’t mind the egg but I am not that keen on the satay nor the bones.

9 thoughts on “You’re so very special…”