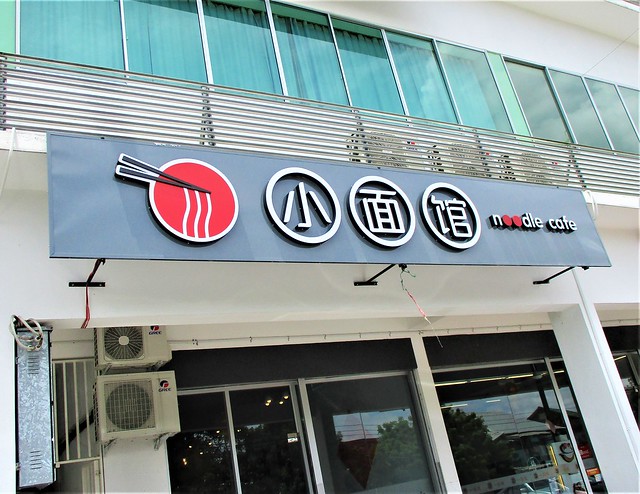 This place is quite new. I pass by here after I have dropped off my girl at school and when I pick her up after school to take her home. Their opening hours seem quite limited… 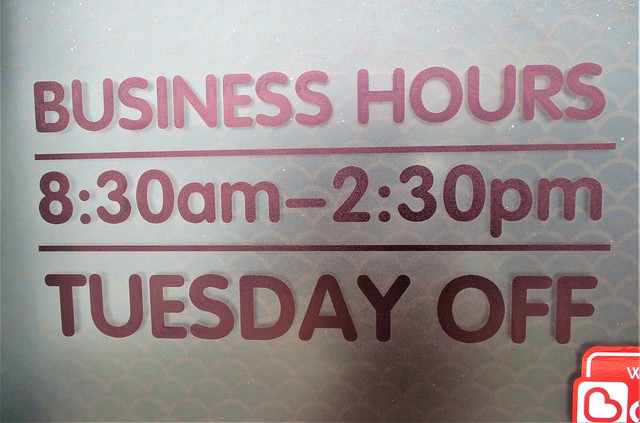 They open late, close at 2.30 and do not open at night but I have the feeling that they are affiliated to the hotpot place right next door because on every table, there is a metal cover, probably covering the induction cooker or whatever underneath. I’ve never been to this one – after all, I am no fan of such places – but I have heard friends say that this particular one is quite good and prices are reasonable. I guess if they have a full house, the customers can come over to this side since it is not open at night.

They have quite a variety of noodles dishes on their menu, priced between RM6.90 and RM9.90. Of course you cannot expect those cheap no-class-at-all coffee shop prices – after all, this is a very nice and comfortable air-conditioned café kind of place. I saw they had Penang fried kway teow, sweet vegetable (cangkuk manis) bihun, zhao chai hung ngang but no, I did not see any kampua mee nor Foochow fried noodles in the menu or maybe I did not look carefully enough. There are some set rice lunches, the sets with rice and some main dish to go with it and a somewhat limited dim sum selection as well.

I simply could not resist their Foochow prawn noodles (RM18.90)… 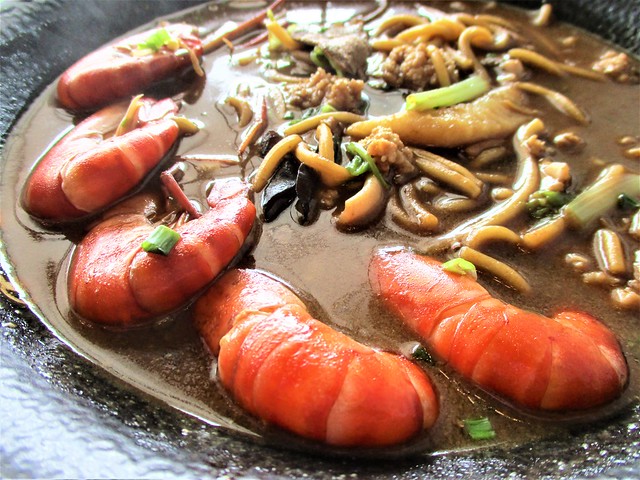 – the Foochow fry & cook noodles (cha chu mee), soup with freshwater prawns (udang galah) and of course, at that price, you cannot expect those huge ones. 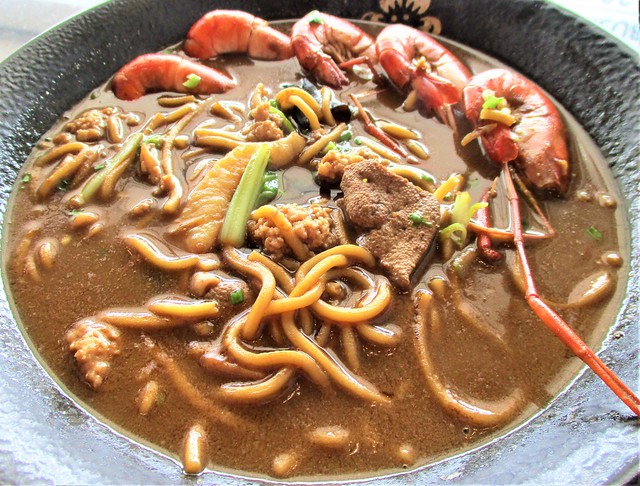 …and there were a whole lot of things in it – minced meat balls, liver, sotong (squid) and fish slices. Personally, I wouldn’t mind a bit more green vegetables. What they had inside was hardly noticeable.

Well, the size of the crustaceans aside, I would say that the noodles tasted really good which, of course, came as no surprise as there were prawns in it – that would surely add to the sweetness of the broth and bring it to a whole new level. I sure would not mind going for this again but I’d probably choose to try some of the rest on their menu which, of course, are a lot more affordable.

The bill came up to RM20.10 – I gave the boy RM25.00 when he served the noodles as I would like to leave the instant I finished eating without having to go through the bill-paying process when I was done. He came back with the RM5.00 note and asked if I had a 10 sen coin. Well, I did not and I gave him a RM1.00 note instead and told him to keep the change. In the end, he came back with the cashier’s receipt AND the RM1.00 note. Obviously, they decided to waive the 10 sen in the end unlike one of the two aforementioned places where they will insist on you paying the 10 sen to the extent of giving you RM99.90 change for your RM100.00 note, if they have to. Truth be told, I get quite pissed off by this everytime. Thank goodness they are not like that here!