This is the last of the coffee shops… 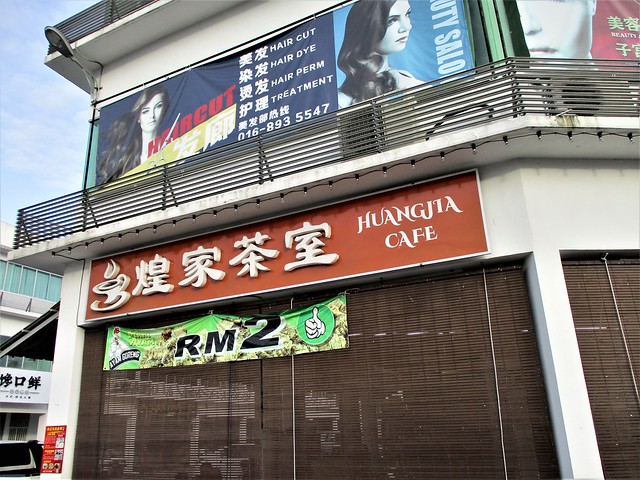 …(not including the classier noodle place) in the row of shops at the junction of Tong Sang Road and Lorong/Jalan Langsat. I’ve tried the kampua mee here and then I went for the one here but the one I like the most is this one here.

I did stroll over once before the pandemic breakout after I had something at one of the three aforementioned coffee shops to see what they had. There was a young chap there who seemed to know me and claimed that I was his teacher. I did not recall having such a student – perhaps he was in another class and I did not actually teach him or perhaps, I simply could not remember. I told him I had already eaten and he asked me to drop by some other time and I never did until the other day.

I did not see him this time around. I don’t know if this… 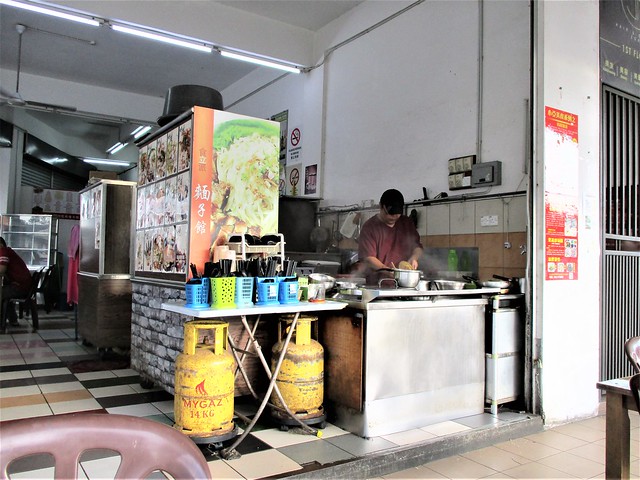 …was his father or somebody else has taken over. 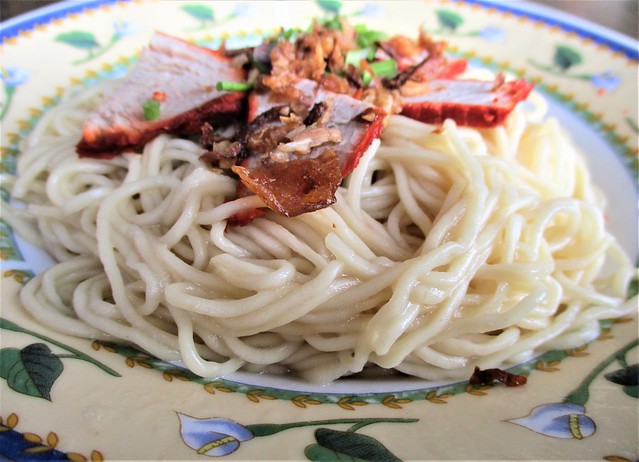 …regular, but much to my disappointment, it was rather bland, quite tasteless and I would say the same thing about the complimentary soup too. Perhaps I should have ordered the black, the one tossed in dark soy sauce – everyone else seemed to be having that, that or tossed in chili sauce. Nobody else had it plain, like me.

For one thing, this place does seem to have its own following. Within a few minutes after I had placed my order and taken my seat at one of the vacant tables, the customers started coming in and soon, every table was occupied…at around 7 something in the morning, so early.

3 thoughts on “Last but not least…”