This is our own made-in-Sibu Daddy Mee… 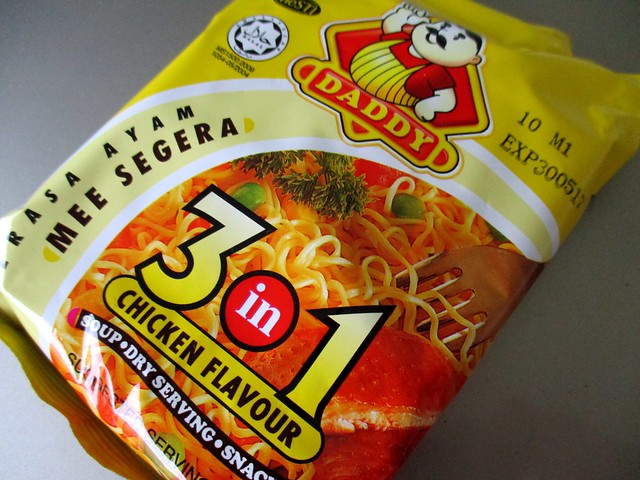 …instant noodles. There has been a slight improvement, I noticed – the packaging is now some kind of thin aluminium foil not the flimsy plastic that they had in the past but other than that, it is still the same.

In case you’re wondering, the 3-in-1 does not mean there are three things you can get in one packet though there are the noodles and a sachet of seasoning plus a little pack of shallot oil inside. What it actually means is that you can have it in three different ways – in soup, dry or just eat it like that as a snack. 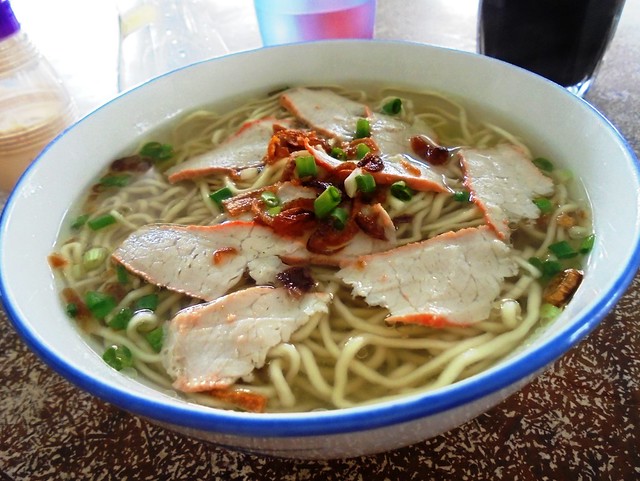 …available at all the kampua noodle stalls in town, minus the meat, of course, unless you add your own.

However, I did try serving it dry not too long ago and I thought it was nice. My missus was never a fan – she insisted the noodles tasted like some kind of plain biscuit but she did seem to enjoy it like this… 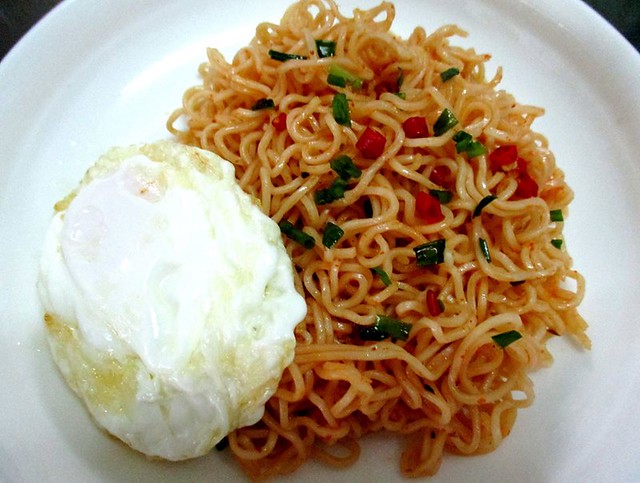 …tossed with half the sachet of seasoning (do not use the whole packet or it will be too salty), the shallot oil plus a bit of the ABC Extra Hot Chili Sauce and garnished with chopped spring onions and sliced cili padi.

For one thing, people keep saying that when eating instant noodles, one must boil the noodles first and drain before adding to the soup. This way, that is taken care of as you would have done that before tossing with the ingredients.

Moving on from there, this is a different way of cooking that some of you may not be familiar with. Like how the ethnic population here have their pansoh – meat or seafood cooked in bamboo tubes over a hot charcoal fire, we have our masak kuden, masak meaning cook and kuden, if I am not wrong, refers to the pot. I am not sure if it is Melanau but it has been in my maternal side of the family for as long as I can remember. This is a very simple kampung-style cooking method whereby you line the bottom of the pot with banana leaf, rub the fish with salt and place it on top, cover the pot and put it over a very very small fire to slow cook until the juices come out and the fish is cooked. 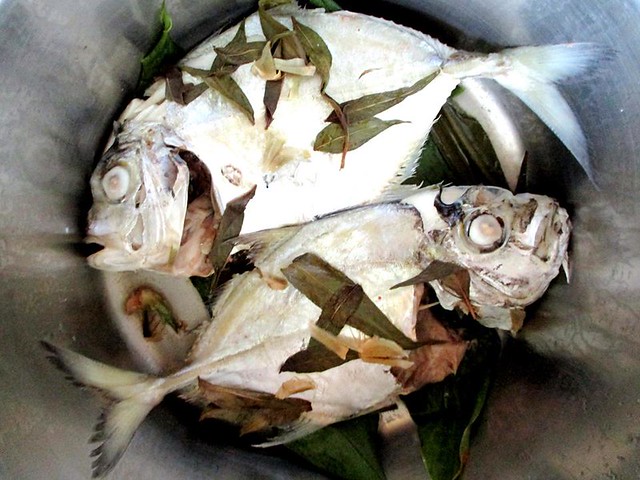 It was raining that day, otherwise I would have gone out to set some serai (lemon grass) as well.

I’ve baked fish with these ingredients wrapped in aluminium foil before and it was very nice too but of course, in the old days, they did not have an electric oven so traditionally, this was how they did it. What would separate the men from the boys would be the type of fish used and how fresh it is.

Last but not least, I was going to fry some leftover rice that I spotted sitting in the fridge that morning but it turned out that there was tang hoon (glass noodles) in one of the plastic tubs, not rice and I went ahead and fried that instead…with belacan (dried prawn paste)… 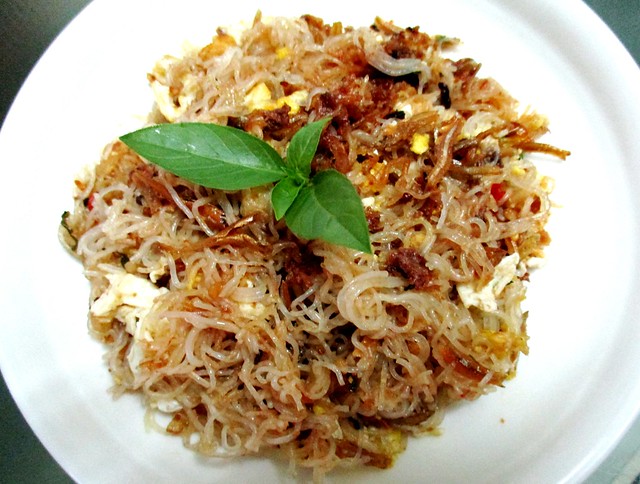 …and it turned out really nice – I thought it was nicer than rice or bihun (rice vermicelli), a welcome change indeed.

I do think that sometimes, it is good to stray away from the well-trodden paths and do things in a different way instead of following the same ol’ boring recipes day in and day out. What do you think?