There are a few very popular places here that people would go to should they feel like having the traditional Foochow chao chai noodles dish. 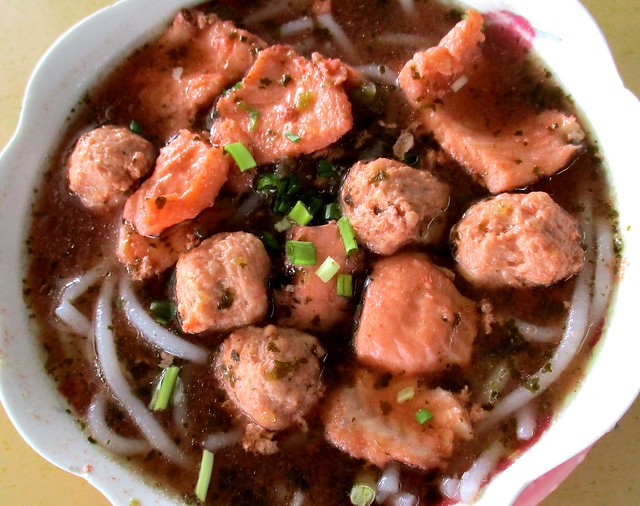 …is the favourite of many and many would swear by this guy, now at a new location but because of the crowd, I would rather keep my distance.  #staysafe #staywell.

As far as I know, many will cook the soup with fish and fish balls and others would do it with chicken. If you are interested and would like to try cooking your own, you can click this link and hop over to my friend’s Kelly’s blog to have a look. It’s very simple, actually – Foochow cooking is generally very simple. Even my girl knew how to cook it and she did it once. As a matter of fact, she even blogged about it – unfortunately the blog has been dormant for years and years so they have got rid of it completely.

The only thing is you must have the ingredients, the main one being the chao chai – mustard greens preserved in ang chao (the residue of the fermented red yeast glutinous rice) used in the making of our traditional Foochow ang chiew (red wine), lots of the latter and ginger as well. Gosh!!! I saw on Facebook recently how they were selling “old” ginger in Perth, Australia at almost AUD60.00…and that’s before conversion!!! *faints*

Well, the other day, my missus decided to cook this… 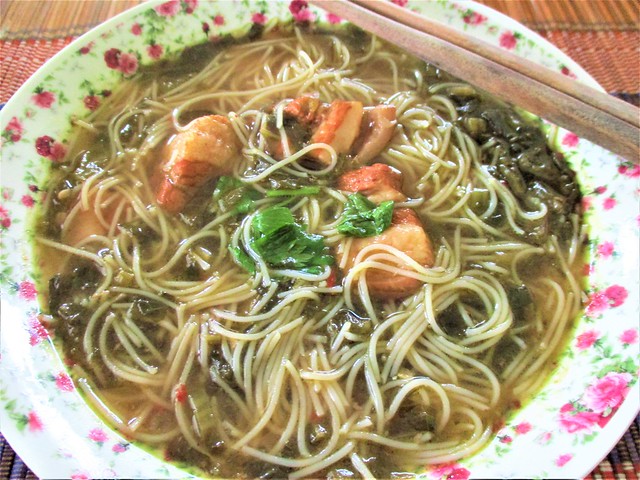 …using pork belly and served it with the bihun-like brown rice noodles, leftover from what we had the other day. 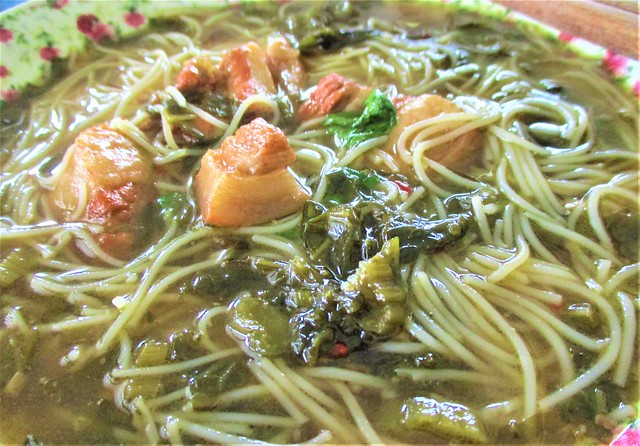 …that after licking my bowl clean, I asked for some more. Unfortunately, my missus had cooked a serving per person, one bowl each, so there wasn’t anymore. Sobsss!!!