This was on the eve of Chap Goh Meh and my missus was busy in the kitchen preparing for our dinner that night.

I decided to hop over to that Colonel Sanders’ outlet at the mall near my house to buy something for a bite to eat for lunch. I knew jolly well what my girl would like – the nuggets and cheesy wedges and I asked for a piece of their fried chicken, hot and spicy, for the mum. However, the guy told me that two would be the minimum so I agreed to take two instead.

Now, one reason why I wanted to drop by there was because there was something I wanted to try. The ad kept popping up on Facebook and it looked very nice, all packed in a box. I went to their website but I did not see that there. They did have this very nice photograph… 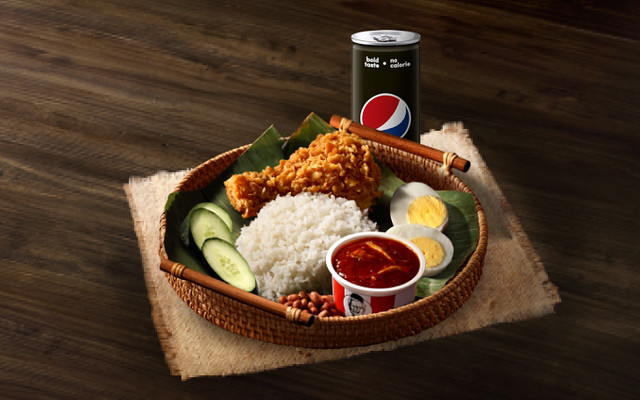 …of the same thing served in a lovely banana leaf-lined basket though but if you think you will have it served to you like that if you eat this there, dream on!!!

Never mind, I ordered that and asked for just one piece of chicken – I did not want two and was given this and that in different boxes and containers so when I got home, I had to put it all together and this was what it looked like (RM14.90)… 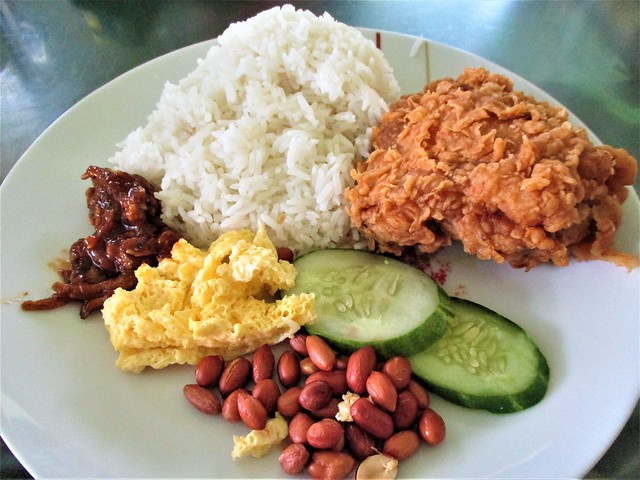 First and foremost, I asked for a drumstick but when I opened the box, I was quite put off to see that the guy had given me the upper part of the thigh. Ah well!!! Count my blessings, he could have given me breast instead!

It was rather obvious that they were not very generous with the sambal unlike what we see in the photo and anyway, it was not very nice so it was no big deal that they gave just a spoonful of it. I loved the super spicy one at McD – this one sure paled in comparison. 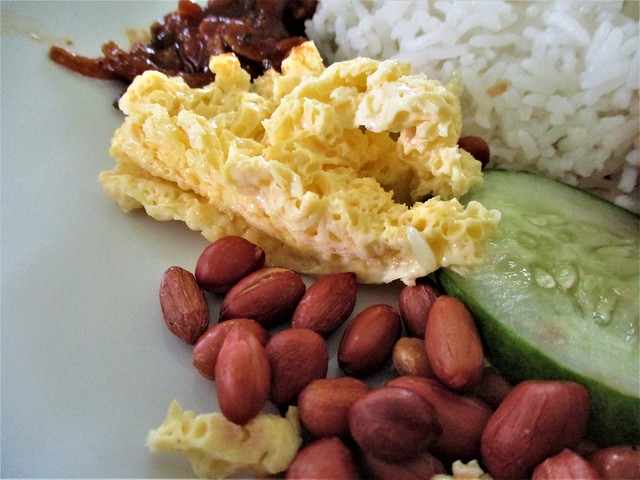 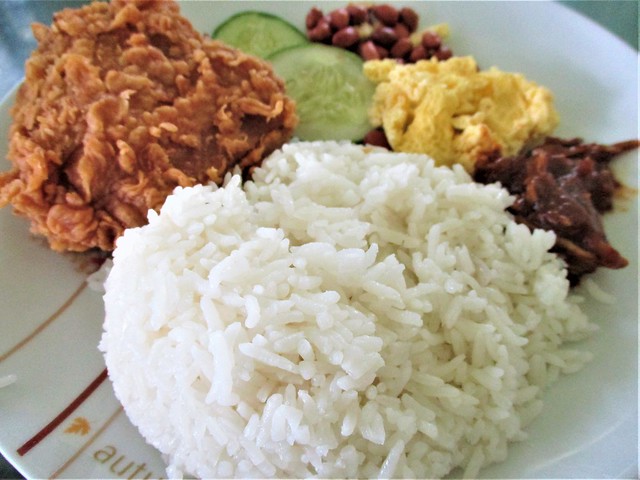 …wasn’t anything to shout about, the lemak-ness was barely noticeable so all things considered, except for the disastrous fried egg and getting it in a cup (they said I could ask for it in a plate if I would be dining in), I must say that the one I had at McD was heaps better.

As for this one, it is sadly a case of once bitten, twice shy. One thing’s for sure, this is one thing I will never ever order again, thank you very much!!!

6 thoughts on “Once bitten, twice shy…”